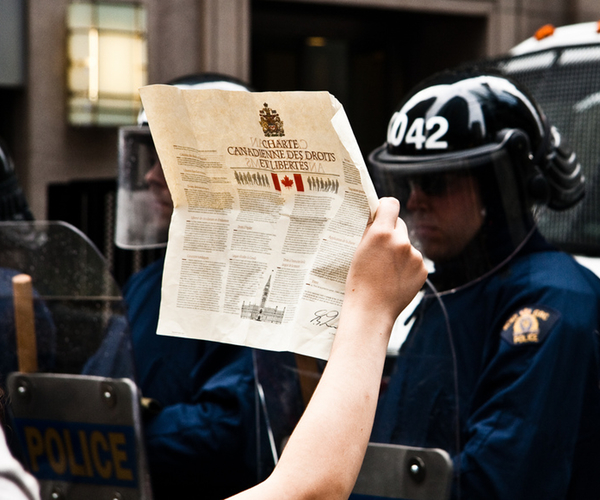 Jeff Jarvis has been working on a Cyberspace Bill of Rights for a few months and tonight he’s released a new, updated version that is cut down to 7 principles:

There is a lot of complexity in speaking freely. For example, what about my right to choose which comments I allow and which I don’t on my personal blog? Isn’t that my right?

Maybe the larger question is, do we need this or is this discussion just metaphysical arm-waving?  I’m not even going to get into who would enforce this set of ideals, because that’s a minefield of its own that I don’t feel like dancing into.

Sure, the Internet is still a wild west, and “rules” aren’t generally looked on favorably, but functioning societies need rules. Does Cyberspace? We have some kinds of cultural rules, but they are built on the shifting sands of zeitgeist and opinion. Not to mention the whims of governments. Would these rights go far to help us if a large Western country decided to just turn off the Internet in and out of that country?

Are we in an era where considering building a “second Internet” isn’t so far fetched?

It’s Friday night, a good night for discussion, however … so what do you think of these 7 principles? Do they cover the bases?