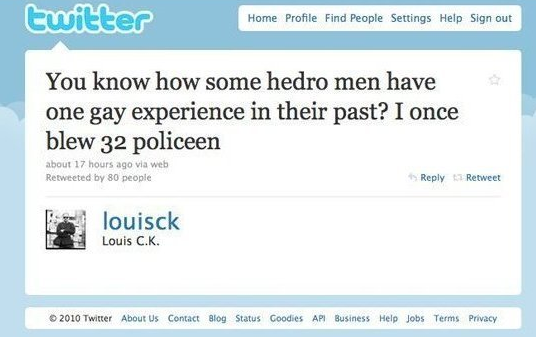 What started out as a small podcast by two brothers with a passion for technology and the web, has turned into a full-blown network of podcasts that’s growing  steadily in a market that some argue didn’t exist a mere 3 years ago.

Back in 2006 a company called PodMe.org launched to cover the EMEA (that’s Europe Middle East & Africa) regions with high hopes to make a serious impact once establishing themselves as a leading podcast. They flopped.

They flopped so painfully not many even heard about them in the region even though they were strategically based in various locations around the world, it seems they lacked one really important ingredient: Interested Listeners.

Up until recently the Internet infrastructure in the Middle East had undergone some major development, which meant trust in its reliability wasn’t at its peak. But around mid 2007 things started to rapidly pick up, especially with the smart phone devices explosion in the region, which made connectivity even more important for businesses and consumers alike.

The arrival of iTunes had a positive effect on the region as well, introducing various flavors of podcasts that were otherwise inaccessible unless netizens were involved in different online networks for specific activities such as football, or programming.

Many saw this rising tide as an opportunity to help transfer knowledge and have some fun online. Podcasts like dotNETArabi, Free Talk Weekly, and TechBoxing by Arabic tech blog Tech-Wd have become an effective tool to talk tech outside of traditional Arab forums.

These factors encouraged the Kayyali brothers (Beshr & Mohammad) to dedicate a couple of hours a week to put together an Arabic podcast called Hyperlink Podcast which gained popularity fast as fans started to hear their opinion on latest technology trends and products.

I last talked to Mohammad Kayyali one of the two brothers back in Damascus during 2009 whom since then has ended up in Qatar working the Al Jazeera New Media team, while his brother Beshr landed in Beirut to work with Arabnet there. We sent them a couple of questions about Hyperstage, here’s what they had to say:

What exactly is Hyperstage?
HyperStage is an Arabic Podcasting Network. We create, manage, and produce audio and video podcasts in Arabic.

How did HyperStage become what it is today?
We started with Hyperlink Podcast about a year ago. It was the first podcast that Mohammad and I did together in Arabic. The first idea was to start a podcasting network sometime in the future, and that’s what we did in February 2010. We started the network with these shows: Hyperlink Podcast (Tech, Web, and Social Media news and discussions), CEM (Common English Mistakes, educational podcast), and Ardroid Cast (Android news and discussions, in cooperation with Anas Marrawi founder of Ardroid), Hyperlink Video covering tech, web, or software reviews and tutorials and events coverage.

We recently started two new podcasts, Microsoftiat which covers news and discussions related to Microsoft hosted by Bashar and Bassl Kokash, and HyperSpeed covering Formula 1 and Car racing sports news which is categorized under entertainment.

Who is HyperStage today?
Like I told you, Microsoftiat is hosted by (Bashar and Bassel Kokash, both Syrian) and for HyperSpeed, I’m hosting HyperSpeed with a friend (Oubay Zakkar, old friend, Syrian), ArdroidCast: Mhmd and Anas Marrawi. The rest is hosted by me and Mhmd.

We’re planning on starting an Apple specific show in the near future, we’ll be hosting it with friends from the gulf

How popular is HyperStage really?

Since we started the podcast, we’ve increased more than 800% – We’re really happy about this since Podcasting wasn’t that big in the region and with the help of other Arabic podcasts, we’re making it more and more known.

How many hours of Geekatry have you recorded so far?
So far, we’ve recorded around 50 hours of Hyperlink Podcast, and around the same hours for everything else.

Finally, is it all fun and games or are you making some money?
We recently started making money from advertisements and sponsorship. Close2Edge were the first to sponsor us when we first started the network. Transtek Systems in Syria started advertising with us as well.

After speaking to the Kayyali brothers and other podcasters in the region, sponsors like Close2Edge are lending fellow nationals a helping hand in trying to speed up developing online regional markets that haven’t seen major breakthroughs in online advertisement till now.

So until advertisement using platforms like Adwords will be enough to support podcasts in the region, we hope to see more and more passionate podcasters who are willing to share, and smart sponsors that see an opportunity in this fledgling market.

Read next: Tech Companies: Serve Me a Business Model, Please.