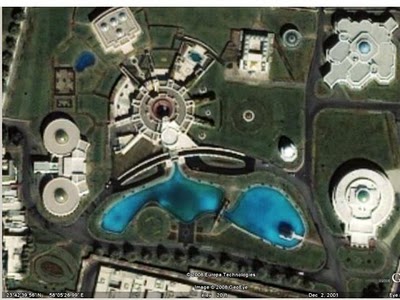 Dubizzle the 5 year old Dubai based company and largest user generated classified and community portal in the United Arab Emirates which offers content in Property listings, Job vacancies has launched a Nokia App to display the top 20 ads in most categories.

The app which is more like an app toe-dipping process so to speak is a simple RSS feed reader app that Dubizzle released after having been approached by Nokia to develop an app for their Ovi store, you can find it here.

We emailed Sim Whatley owner of Dubizzle and he told us “We were excited about Nokia’s local presence and their suggestion to promote the dubizzle app locally alongside other Ovi promotion, which helped our decision.”

Whatley currently leads a team of 36, is currently looking to expand to 13 additional more locations in addition to their existing Abu Dhabi and Dubai portals, and are set to enter Egypt and Saudi Arabia by the end of September.

This comes as the competition which constitutes of portals such as Souq.com and rising star Asuaq.com, a Jordanian based classifieds portal covering 22 countries with an interface almost identical to global classifieds hit Craigslist.com are showing rapid growth for the latter and expansion to new regional markets for Jabbar Internet Group owned Souq.

Dubizzle is currently in the throws of expanding their workforce to get it up to 60+ by the end of March of 2011, so keep a look out for these guys if you’re on the market, or have something that you’d like to be.

Read next: iOS 4.1 On iPhone 3G Is No Freaking Better