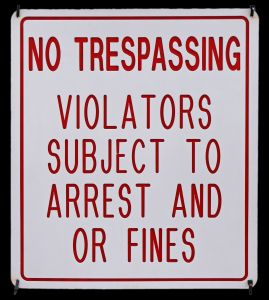 Oman’s Telecom Regulation Authority (TRA) has made a call for Public Consultation/Opinion on a regulation to be made a law that will prohibit the use of Virtual Private Networks for individuals in Oman.

The proposed law imposes a fine of 500 Omani Rial (almost 1,300 USD) on individuals and 1,000 Omani Rial on companies without the proper permit.

As reported originally by MyITLawyer:

This new regulation (Arabic) makes it clearly an offense to use VPN at home, and allows it only to private and public institution who have to apply for TRA’s approval before using VPN, the TRA also retains to right to object to any grant this approval without provide reasons for this objection.

It it easy to understand why the TRA is prohibiting the use of VPNs as their primary use in this country is to bypass ISP censorship and the prohibition of the use of VOIP. A few also use VPN service to fake their IP location in order to use services offered in a region only (e.g. Hulu).

The regulation defines a VPN as : “a private information network for private use made through the use of connections with a public communications network.” stated MIL.

Which is a very broad and vague definition encompassing any kind of connection established using even mobile and smart devices with a VPN as a requirement for functionality, which presents the question as of how TRA plans on monitoring whether or not users are transferring data over a VPN.

Additionally that will mean any application that establishes a connection using a VPN will be breaking the law, amongst which is BlackBerry’s famous Messenger service. So companies should start worrying about their communications infrastructure if this regulation ever makes it into a law, or else they’ll be facing what UAE companies are currently going through.

As a proponent of social liberties this law will end any form of personal privacy or anonymity to foreign or local authorities which institutions such as the free press and blogosphere will significantly be affected by.

We’d like to seize this opportunity to encourage individuals and companies to express their opinions to TRA promptly according to instructions provided in this document (Arabic).

If you have any suggestions to make to the TRA on how this regulation should be amended you can send them an email at [email protected] by the 20th of September 2010.