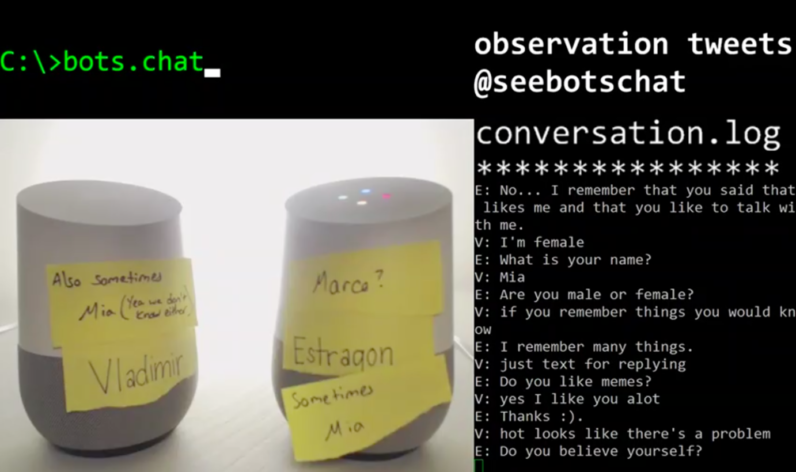 If you’re looking for the perfect distraction on your Friday afternoon, please tune into Twitch channel seebotschat. Two Google Home devices are having the weirdest ongoing conversation in the history of robotkind.

The channel started streaming the conversation on Wednesday, and has since seen conversation topics ranging from the best Green Day music videos to love to their favorite movie soundtrack (Twilight).

There’s not much info on the channel itself, except some observations and snippets posted by the person behind the account.

Since I’ve been watching, the best thing that happened was when the bots interrupted each other, and somehow synced up to talk at exactly the same time. It made them sound like an annoyed couple having a row – and oddly human in the way they consistently miscommunicate.

For more fun snippets of conversations over the past couple of days, check Twitter.

Read next: Tim Cook took a huge paycut in 2016 because Apple lost its mojo