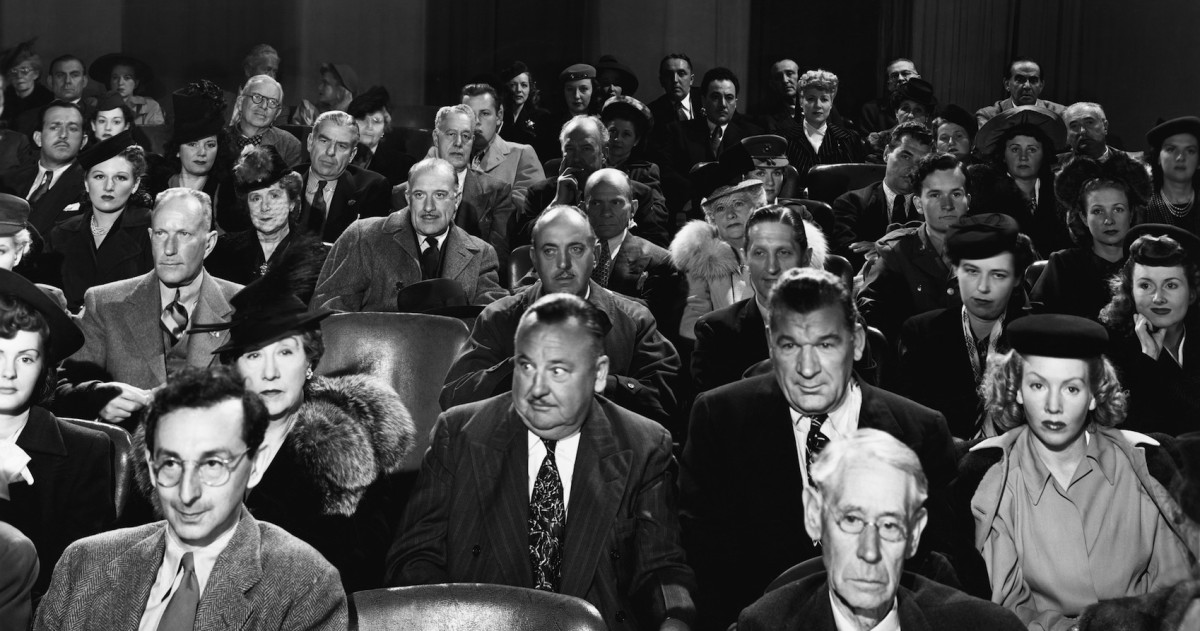 In a time where we’re all told that bigger is better when it comes to your audience (why settle for one million followers when you could have two million?) why would anyone want to dump massive amounts of seemingly loyal fans?

What Brogan called the ‘Great Twitter Unfollow Experiment’ was his attempt to get rid of the noise that surrounded him every day and return to the core group of people that initially inspired and supported him.

What Brogan and others since have figured out is that when it comes to your audience, quality trumps quantity.

Dik diks, gnus, and the reason we have social groups

The basis of any living creature’s social group (including humans) is to promote survival and prosperity. Yet the size and structure of each group will be different depending on social and environmental factors.

Dik dik antelope live in pairs, while gnus (or wildebeests) live in herds of thousands. The difference? Dik dik live in heavily forested areas with plenty of space for individuals to hide. Gnus on the other hand, live in the wide-open African savannahs, with nothing to hide them from predators except sheer numbers (which sucks for the latecomers who get stuck on the edges).

For each animal their survival depends on the groups they choose to keep.

It might not be apparent at first, but for us humans it’s a similar situation—just not as straightforward.

Humans are the only creatures on this planet that have developed social groups for reasons that go beyond the needs of the present. We form complex social groups not only for physical survival, but to progress and advance our future lives in other ways.

The groups we surround ourselves with give us social and moral support (family), protection (society), and order (government). But they can also give us things beyond just our base necessities—things like success, status, and (some might say, most importantly) money.

But unlike gnus, sheer size doesn’t directly relate to our successes. And as Chris Brogan showed when he gave up his online followers, those 131,000 ‘fans’ were doing almost nothing to progress his career.

Your true fans don’t know they’re looking for you. They’re wandering aimlessly through the vastness of the internet (or wherever you share your art), looking for something that connects with them on a deeper level. As you’re building your audience you’ll come across a lot of these travellers, but only some of them will stick around to listen to what you have to say:

Not enough photos and goofy gifs.

It’s difficult to realize at the time, but you need to let those people who don’t connect with you go. They’re not worth your time and tailoring your work to them is a creative deathtrap.

Wired founding executive editor Kevin Kelly suggests that any individual creator—artist, musician, designer, writer, etc—only needs to find 1,000 true fans to be successful. These ‘true fans’ are the ones who are loyal to you and will buy almost anything you produce. They’ll drive across the country to see you perform or speak. They’ll buy your first published story on eBay for $10,000. These are the people you need to focus on and engage with the most.

Here’s how Kelly justifies the number: 1,000 true fans will spend at least $100 a year on your work, netting you approx. $100,000 per year. A decent salary for more artists and creators. One thousand is also the space between relying on massive success and popularity from a few releases, and pumping out an unsustainable amount of releases.

Writer Jeff Goins calls these true fans his ‘tribe‘, while designer and writer Paul Jarvis calls them his ‘rat people‘ (because for Paul, who owns pet rats and posts about them quite frequently, the one percent of people that feel the same way as him about these little creatures are the ones he wants to connect with).

Your tribe, rat people, or just plain old core audience, are the people who connect with your values. They’re your true fans. They’re the ones you need to not only find, but nurture and support if you want to maintain a level of success that will take care of your day-to-day needs.

Finding your own rat people is easier said than done. It’s hard to know what work will attract these sorts of fans, especially when you’re just getting started.

According to Goins, however, at the core of building your true audience is creating with intention. You have to give people something they can latch onto—something they’ll connect with on a core level. This means being intentional in your creation and not backing away from scaring or even offending those lesser fans. If they don’t agree with you that’s their problem. You only care about your rat people.

Creating with intention means focusing on authenticity and substance. Your true fans are the ones whose values align with your own, so you need to be true to yourself and your beliefs.

As Kurt Vonnegut so famously said: “I do my best work when I sound like a person from Indianapolis, which is what I am. What alternatives do I have?”

Own who you are. Differing to the middle will only make you get lost in the noise.

If you’re still not sure where to start, here are a few suggestions on how to find your authentic voice, create with intention, and gather your army of true fans.

1. Be controversial when you mean it

Controversy is scary, but authentic creators need to be brave. If you have an opinion or a unique view it’s your duty to express it. Without an opinion you become a facade—a pretty face with nothing behind it.

“For those people that actually call me out or sling insults at me for the type of animal I spend my time with, those are the people I give zero f*cks about.” – Paul Jarvis

Being controversial not only shows that you have a unique voice, but that you have strong values your true fans can connect with.

Of course, there is risk in being controversial. As marketing professor and best-selling author Jonah Berger explains in Contagious: Why Things Catch On, a certain level of controversy can boost buzz and get your work in front of new viewers, but too much reduces it and scares people off. Yet when you’re building your true fans you need to take that risk and push buttons. If anything, you’ll weed out some of the lesser fans who wouldn’t buy from you anyways.

This doesn’t mean being controversial just for the sake of it, but when you feel strongly about something that might go against the status quo or upset another group it’s your duty to discuss it. Your true fans will respect you for it and become even more entrenched in your camp.

In a conversation with Henry Ford and Harvey Firestone in 1931, Thomas Edison said that he’d “put my money on the sun and solar energy”. Based on the common sense of the time (and the company he was in) this statement probably seemed pretty crazy.

But here’s the thing: No great ideas ever truly fit with ‘common sense’. When you’re building your audience, you’re looking for people who not only agree with what you’re saying now, but trust your instincts for the future. You share a common vision with them. That’s why every time you put a new piece of art or product out, they feel like it was tailor made just for them.

Every great artist and creator pisses people off when they create. But if you let yourself fall into the trap of listening to common sense you’ll lose those more important people who look to you for the future.

3. Listen to your own voice

Novelist John Dos Passos may have described writer’s Hell as a place where you’re forced to read and contemplate your own work, but there is no better way to understand and find your authentic voice than through self reflection.

You need to know yourself in order to create with authenticity. You need to be able to single out when you’re self-censoring for the status quo, or holding back from being controversial because you’re afraid of what people might think.

One way that I go about this is to ask myself a few simple questions before publishing anything:

What did I want to say with this post?

If not, why? What’s holding me back?

A sustainable career as an independent creative relies on having a core audience that supports you. But in order to find your true fans you have to have an opinion—something that separates you from the noise and draws in those with the same values.

Your tribe are the people who know and hear your call. They hear it in your voice and it resonates with them. Give them what they want, nurture and support them, and they’ll always be around to support you.

Read Next: Lessons from 7 famous authors who hated their job

Read next: Android Pay begins rolling out today across the US