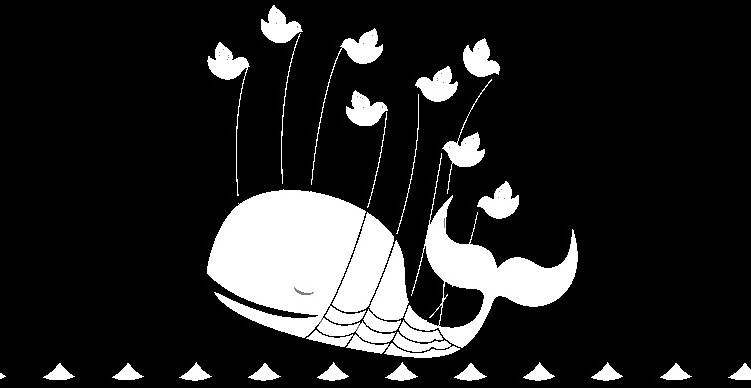 “Our greatest glory is not in never falling, but in rising every time we fall.”  – Confucius

Growing up, I had things pretty easy: I was a good student, I had a good group of friends, and I was pretty athletic. I wasn’t tall, I wasn’t big, but had enough talent and on-the-field effort to play most sports well. I coasted through my first two years of high school, playing three sports and staying near the top of my class academically. Junior year rolled around, and I did what I thought I was meant to do: try out for the Varsity basketball team. Sure, I couldn’t dribble well with my left hand, I was 5’10″ and probably weighed 115 pounds, but I was Steve Kamb, and my brother was the captain of the team! I had hustle! All of my friends played!

I went through my three days of tryouts like they were a formality and couldn’t wait for the season to start. The following morning, I walked down to the locker room to check the roster to find out what position I’d be playing. My name wasn’t even on the list.

Wait, WHAT?! I immediately freaked out, hunted down my brother, and demanded that he go ask the coach what happened and if there was a mistake (luckily, he didn’t do this). I honestly couldn’t believe that my name wasn’t on there. For the first time in my life, I had failed at something important to me, and I thought my life was over. I walked out of that locker room feeling like Buckner walking out of Shea…I had never been more embarrassed, confused, or disappointed.

I couldn’t face my friends (all of whom had made the team). I wanted to find a dark corner to hide in for the rest of the school year. I had failed.

This turned out to be the best thing that could have happened to me.

There’s nothing worse than finding out that you’re not good enough, that you’re inferior, that you’re inadequate. However, failing at something also wakes you up to reality and challenges you to be better. Getting cut from the basketball team was a slap in the face that I desperately needed – it made me realize that relying on ability alone might work for 6’5″ guys who are naturally talented at basketball, but not for a 5’10″ weakling with no vertical and who can’t dribble with his left hand.

Failing taught me that I wasn’t good enough.

After sulking for a day, I decided that if I was going to make the team the next year I had a LOT of work to do. I signed up for a gym membership and started strength training. I got stronger and more confident.

On top of all of this, I found happiness. It turned out that I was only playing basketball because I had been playing  since I was a little kid – the enjoyment had worn off years ago and I was just too stubborn to give it up – thank you coach, for making my decision for me. On top of that, I had tried so hard to be perfect in every aspect of my life that it was driving me insane – getting cut from the team gave me the freedom to be human that I hadn’t realized I needed.

Although I still chase perfection (I can’t help it), I don’t get nearly as disappointed anymore when I come up short.

In my senior year of high school, I didn’t even bother going out for the team – I instead continued to strength train and learn about how muscles worked and how to get stronger. I had fallen in love with exercise and training…and the seeds for my Nerd Fitness blog were planted.

…It makes you better

Think back to the last difficult video game you played – you get to a new final boss of a level, and he absolutely kicks your ass.  Do you whine and mope and give up and go “oh man I’m a terrible person”?  Hell no! You hit restart, learn from your last attempt, and manage to get a little bit better. You still lose, but now you’re inspired and excited. After 10/20/50/100 tries, you are finally victorious.

Compare that to beating a boss on the first try – your skills don’t improve, you don’t cherish the victory, you don’t appreciate the effort required to be successful because you won right away. Like Henry Rollins says in Iron and the Soul, “200 pounds is always 200 pounds.”  If you fail at picking up a weight in the gym, you can work harder and eat better and eventually find success – weights will never lie to you.

If you’re a blogger or small business owner, read this article on “How to Suck at Launching a Product” by my buddy Baker from Man Vs Debt – easily my favorite thing he’s ever written.

There’s another kind of failure entirely:  When you give it every ounce of your effort, everything you’ve got, and you  STILL fail – it wasn’t because you didn’t try hard enough, it wasn’t because you were lazy – it was just because it wasn’t meant to be.  When you run into these failures – you can go to bed that night full of pride that you did all that you could; you “left it all on the field,” and still failed. You can move onto the next venture without regret.

Once you realize that you didn’t die, that it’s not the end of the world, that there’s no lasting damage other than to your ego…the risk of failure suddenly doesn’t bother you as much. Taking that next risk doesn’t seem as daunting, because you know that failure isn’t the end. You can fail and then move on, like checking an item off a list.

Thomas Edison failed 10,000 times before finding the correct filament to make a light bulb.  If he had given up after 9,999 different attempts, who knows where we’d be today?

Attempt.  If you succeed, congratulations! If you fail, assess, analyze, and then either improve or move on!

I have a confession to make

I haven’t failed in a while.

Last June I quit my day job with around $3,000 in the bank and no money coming in through Nerd Fitness. I wrote an ebook with no back-up plan and blew my expectations out of the water for how many I expected to sell. Back in November, I decided to book a ridiculous around the world trip on a whim, and everything pretty much managed to go right for me on it – I was even invited  to speak at Google, which happened to also be my first ever speaking gig.  I wrote and launched two other ebooks while traveling, both of which built on the success of its predecessor and outperformed my highest projections.

Sure I busted my butt to make sure I found success with my ventures above, but I’ve also realized a few things:

Although I can’t find the article, I remember reading about Ramit Sethi’s “fail folder” – he keeps track of all his failures. If he hasn’t added to it in a while, then he knows he hasn’t been pushing himself hard enough and it’s time to take more risks.

I’ve been doing the same old stuff that I know I’m good at and I know I’ll have success with – that needs to change. Back in October I took a bus down to Washington, D.C. where I set up my home base for a few months. It was a new city where I don’t have an established group of friends. After ten months of constant travel (I think somewhere around 65,000 miles of flying), I’m looking forward to focusing on challenging myself and focusing on my Nerd Fitness blog.

I’m going to try some new activities: yoga, some sort of martial arts (either Capoeria or Kung Fu), breakdancing, and/or Parkour. I’m sure I will get frustrated when I don’t find success immediately, but I know that it will make me a better person.

How?  By learning to suck less and less each time.  Like Jonathan Fields and his crappy guitars.

I have a bunch of new ideas for my Nerd Fitness blog that I’m excited to start working on as well. I’m picking ideas that are different and definitely a stretch for me, that will challenge and push me in different ways. I welcome the challenge.

Now, although I expect to fail or suck at a few of these new things I’m trying, I plan on failing at them the RIGHT way – I’m not looking to fall off a mountain or take some astronomically stupid risk that jeopardizes all that I’ve worked for. I’m also not looking to launch projects destined for failure simply because I know they’ll fail – that would just be a waste of time.

I want to launch new projects and start new activities that will be a serious challenge for me – as long as I learn from what went wrong and apply it to future attempts or different projects, then a failure is really just a stepping stone to future awesomeness.

I had to get cut from the basketball team to find my love for strength training. I had to work a crappy job in California to lead me to starting a blog. These “failures” got me where I needed to be when I was ready to be there.

So, if you are going to fail – make sure you learn from how you failed and so that you can suck less next time.

Read next: Expect more consolidation in online advertising in 2012