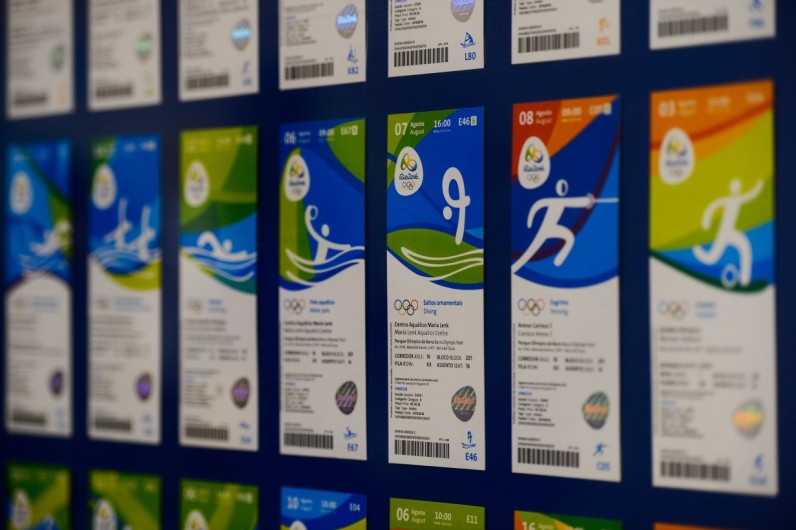 May was an eventful month for Latin America’s tech scene as it once again collided with politics on many fronts, and not always for the best.

On a more positive note, there were several signs that startups aren’t as affected by macroeconomic crises as one might expect.

Here’s the news you don’t want to miss.

Facebook-owned WhatsApp was suspended once again by a court order in Brazil, for the second time in less than six months for failing to share data it says it doesn’t have and that a judge is requiring as part of criminal investigation. While the ban was supposed to last three days, it was overturned a day later by a different court, while the judge’s actions will be subjected to an investigation from Brazil’s National Justice Council (CNJ). Meanwhile, competing messaging app Telegram claims to have gained seven million new users during that 24-hour period.

Still in the messaging space, shocking news that Criptext‘s founder Mayer Mizrachi has been imprisoned in Colombia since late December started to gather media attention beyond his home country, Panama, where his situation has a strong political undertone. Criptext is an encrypted messaging app that TNW mentioned in several occasions. As part of “a baffling case,” the Panamanian entrepreneur is reportedly accused of breaching a contract to provide Criptext services to Panama. “They’re accusing him of a criminal act when basically it’s an administrative situation. It shouldn’t be a criminal act. It’s a dispute about a contract, which was just a license for nine months,” his mother Rebeca Matalon told Forbes reporter Thomas Fox-Brewster.

Uber suspended one of its drivers in Panama after he had reportedly discriminated a gay couple. While the company declared that it “does not tolerate any form of discrimination,” it remains to be seen whether it will take similar stands in other locations and circumstances. As Dan Primack recently pointed out, it “has accepted a $3.5 billion investment from a government [Saudi Arabia’s] whose court system has sentenced men to jail time and corporal punishment for the “crime” of homosexuality.”

Additionally, a Mexican Uber driver is under investigation after allegedly raping and robbing a female passenger in early May. The US company cooperated with the police to help identify the suspect. Its ride-sharing service UberPOOL is also struggling with safety issues as passengers and drivers report targeted robberies. The company also has a growing competitor in the country, as Spanish private driving service Cabify expanded its operations into Guadalajara, its sixth Mexican location.

Mixed news also came from Brazil, where São Paulo mayor Fernando Haddad signed a decree legalizing app-based private transport from services such as Uber, against which taxi drivers once again protested. The company also launched its Family Profiles feature to users across Brazil, where it is now present in 11 cities.

Google made several announcements related to Latin America, with several of them being once again connected to the 2016 Olympic games in Rio. For instance, it added “enhanced features” about the competition venues into Google Maps.

Additionally, it announced that it would teach 1 million Brazilians how to use Google Translate to communicate with foreigners. Appropriately, it had recently made updates to its translation tool, which now has an offline mode on iOS and can also be accessed via “Tap to Translate” on Android.

In a similar vein, Brazilians who own devices that run at least Android Marshmallow now able to use Google Now on Tap in their mother tongue, a feature that had become available to English-speaking users last October.

Beyond Brazil, Google added Argentina’s national parks to Street View and launched calls for applications across Latin America for its Google Policy Fellowship and Research Awards.

Argentine IT heavyweight Globant bought design company WAE. Consisting of We are London Limited and We are Experience, Inc., WAE has operations in London and New York City, which Globant hopes will help it expand its scope in the UK and the US. “WAE shares our vision and recognises the importance of creating unique experiences for our clients and their end users,” Globant CEO Martín Migoya commented.

Mobile marketing company glispa acquired Brazilian mobile ad company MOBILS. Glispa’s CEO and founder commented on the deal: “We see significant opportunity for continued distribution in Brazil for our large global advertisers, who are seeking growth in emerging markets. And there is a lot of room to grow the LatAM advertiser base with companies like Webmotors, Netshoes, and iFood, as well as with premier brands via agency partnerships including Samsung, McDonalds, GM, and Coca-Cola Mexico.”

Glispa has been betting on BRICs more than ever since raising $77 million last year; a few months ago, it announced its acquisition of Russia-based MoneyTap, whose ad mediation platform it relaunched as Ampiri.

Brazilian agritech startup Strider closed a Series B round of funding from Brazilian venture firm Monashees and Qualcomm Ventures. Strider had previously raised some $2 million from Barn Investimentos, and plans to use this new capital to grow its presence in Brazil and expand into the US.

Brazilian personal finance management startup GuiaBolso received backing from the World Bank’s IFC, which focuses on private sector companies in developing countries, and will make an investment of up to $4 million into the startup’s Series C round. GuiaBolso had previously raised a $7 million series B led by Ribbit Capital.

Marketplace for bus tickets Guichê Virtual raised an undisclosed amount of investment from Kaszek Ventures as part of its first financing round. The startup hopes it will help it build a direct connection with all bus companies around Brazil and get rid of intermediaries.

Brazil-based logistics software startup Intelipost raised a R$7 million Series A round (around $2 million USD) led by Performa Investimentos, which it will mainly use to develop new products and services. Intelipost had previously received funding from German holding Project A Ventures, which has been active in Brazil for the last two years.

Argentina-based Latin American real estate startup Properati raised $2 million from Neveq II, NXTP Labs and Telor International, bringing its total external funding to date to $4.2 million (disclosure: NXTP Labs is an investor in my startup, MonoLibre). The startup plans to use the proceeds to continue growing across the region, with a focus on mobile.

500 Startups announced what it describes as the “round 2” of its Mexico City operations by opening applications for a new acceleration batch of 20 to 30 startups due to debut mid-July. “After months of silence and haunting rumors that 500 Startups had left Mexico forever, the truth is out — we’ve been secretly working on multiplying our activities in the region,” its operations director for Mexico Rene Lomeli wrote in a blog post. Dave McClure’s accelerator had absorbed its Mexican counterpart Mexican.VC in 2012, subsequently launching a Mexican chapter known as 500 Mexico City. Back in Mountain View, 500 also announced the list of startups that would join its seventeenth batch, including Brazilian company BeautyDate.

Equity-free accelerator MassChallenge also launched a new program in Mexico City, its fifth global branch, which is set to accept around 20 early stage startups and provide them with mentorship and free office space, as well as a chance to win a cash prize at the end of the cycle. While this is its first venture into Mexico, MassChallenge had already welcomed Mexican startups in its Boston program.

As for Start-Up Chile, which doesn’t ask for equity either, it unveiled the list of 94 companies that would become part of its “Generation 16,” which will be as international as always:

Additionally, 30 female entrepreneurs were selected to be part of  The S Factory, Start-Up Chile’s pre-accelerator for female-led startups. Start-Up Chile will invest a total of $3.2 million in these 124 startups, which might also be available for follow-on investment.

Industry network Latam Founders held its third annual gala in São Paulo, during which it unveiled the 2016 LFN Award Winners:

AOL is re-entering Brazil, which it had left in 2006. While it first launched there in 1999 as an Internet provider, it is now positioning itself as a content and digital advertising player, in line with its global strategy.

Meanwhile, Xiaomi is facing difficulties in Brazil, where it will stop making and launching smartphones in the short term. In an interview, international VP Hugo Barra cited “constant changes in manufacturing and taxation rules for e-commerce sales in Brazil at the end of 2015” as the root of this decision (translation ours).

These hurdles didn’t stop Apple from releasing its iPhone SE and 9.7-inch iPad Pro into Brazil, where they will however be way more expensive than in other markets, which is unfortunately usual for imported electronics and even more so for Apple products (see our previous story).

Bluesmart unveiled a luxury Black Edition of its connected carry-on suitcase. This premium version costs $595, vs. $450 for the classic model, and is available only through pre-orders, although it is likely to hit the shelves later this year. The Argentine startup became one of the first Latin American teams to join Y Combinator in winter 2015.

Fellow Argentine startup Renueva Tu Closet (also known as Renová tu Vestidor) launched Android and iOS apps of its social fashion platform. The company is also present in Colombia, where it launched two months ago, and in Chile, where it is part of the second generation of Start-Up Chile’s SCALE program for growth-stage startups. According to founder Ignacio Basaldúa, 100.000 women already use the platform to buy and sell fashion items.

Read next: Samsung might launch smartphones with foldable screens next year, but will anyone care?