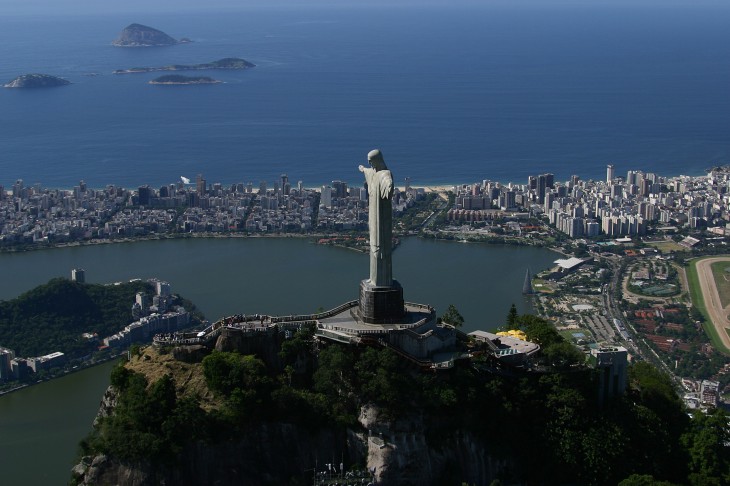 Government-supported program Start-Up Brasil is now entering the second phase of its roll-out, with the imminent opening of its call for applications to Brazilian and foreign startups, its promoters announced this week at Rio de Janeiro’s Global Entreneurship Congress.

The IT Policy Secretary for Brazil’s Science, Technology and Innovation Ministry (MCTI) Virgilio de Almeida confirmed during the event that Start-Up Brasil has the ambition to accelerate up to one hundred startups as part of its new and ambitious program.

It’s worth noting that Start-Up Brasil is part of an even larger initiative, which was launched in August 2012: Brazil’s Strategic Program for Software and IT Services, shortname TI Maior (“Bigger IT”).

According to a document published by TI Maior, IT accounted for 4.4% of Brazil’s GDP in 2011 (not including telecommunications). This is the sector that the initiative now hopes to boost through several programs, including Start-Up Brasil.

Despite the similarities between their names, Start-Up Brazil is not a simple copycat of Santiago-based Start-Up Chile, as it also took from best practices all around the world. In an interview with Brazilian blog Startupi, Start-Up Brasil’s general coordinator Rafael Moreira explained that his team enlisted the help of over 30 consultants to spend several months observing what countries such as the US, Israel and South Korea were doing to foster innovation, in order to identify what worked best.

Benchmarking aside, Start-Up Brasil’s team also took a deep look at Brazil’s tech ecosystem, and more precisely at its weaknesses. After listening to many different players of the industry, it concluded there was a funding gap for early-stage Brazilian startups, as well as a cultural gap between traditional incubators and venture capital.

A public-private partnership with nine accelerators

Start-Up Brasil’s initial observations resulted in the creation of a public-private partnership that will support early-stage tech-based startups with a whopping R$36 million investment ($18 million), around 60% of which will come from private funding.

Rather than operating the full execution itself, the Brazilian government launched a call for applications last November to find accelerators interested in implementing the program. While it was initially planning to shortlist six of them, it ended up partnering up with nine after receiving no less than twenty-three project submissions.

Here’s the list of the nine entities shortlisted for the first year of the program, followed by their location in Brazil:

Brazilian-American accelerator 21212 sent us the following comment on its participation (translation ours):

“We are honored to participate in the first edition of Start-Up Brasil, a program that represents a big step forward in the federal government and the MCTI’s action to support Brazil’s digital entrepreneurs. This initiative is also important to reinforce Brazil’s ecosystem, providing participating companies with a better chance of success amid global competition.”

Besides 21212, the shortlist also included lesser-known names, which prompted some members Brazil’s startup community to express their dissatisfaction. However, Aceleradora’s founder Yuri Gitahy isn’t one of these detractors; his accelerator chose not to apply, but will make itself available to coach Fumsoft’s teams, and is also offering free information and support to prospective applicants. Here is why he dismisses the criticism on the selection process:

“The government used precise and public criteria to score the accelerators. Whatever discussion about approved projects without a track-record may be pointless, considering track-record was only one of the variables in the licitation process.

This first iteration of Startup Brasil (and we may even call it an MVP) positions the government as the mediator of an ongoing conversation about investors, tech startups and digital entrepreneurs.

At the same time, it forces selected accelerators to pursue a more professional operation and equivalent performance, regardless of their age. The licitation process and the following assessment of accelerators along the next twelve months will ensure that.”

It is indeed important to know that partners are only selected for a limited period of time, as Start-Up Brasil will run two public calls each year –  one for the qualification and homologation of the business accelerators, and another for the startups themselves.

Start-Up Brasil’s public call for startup applications will officially start on March 31, but its organizers already detailed the general guidelines that will be included in the official notice it will publish at the end of the month.

Rather than a traditional business plan, online startup applications will need to include a Business Model Canvas, which seems to confirm that the program’s leaders are well versed in startup culture.

However, the mechanism through which public funding will be distributed to the participants is more unusual in the startup world. Instead of loans, reimbursements or direct subsidies, Start-Up Brasil opted for scholarships for research and development, which will be granted by Brazil’s National Council for Scientific and Technological Development (CNPq).

The CNPq will be in charge of reviewing the applications, with a set of criteria that includes business model, scalability and innovation degree. In addition, the profile of each team member will undergo academic scrutiny as part of the scholarship granting process.

According to the program’s FAQ, “these scholarships will be awarded to professionals appointed by the startup and their monthly amounts will be deposited in the professional’s account. In order to be eligible to receive the scholarship, applicants will need to meet the criteria of academic and professional experience specific to the category of scholarship [for which they apply].”

In other words, participating startups will get incentives to get PhDs and doctors to join their team. This connection with academic research is interesting, but it remains to be seen whether it will make it difficult for startups to hire college dropouts and other desirable but unusual profiles. The answer to this question will depend on the program’s execution and its ability to collaborate with the CNPq to find appropriate scholarship categories for all relevant applicants.

Accelerators themselves may also be able to answer the startup’s funding needs, as Start-Up Brasil expects them to make additional investments of up to R$1 million ($499k) in each team, to be negotiated privately.

Each accelerator will provide participating startups with its own mentoring network and infrastructure, including office space, where at least some team members will have to be based.

Interestingly, Start-Up Brasil will also fund up to 25% of foreign startups, which won’t be submitted to the exact same criteria as their Brazilian counterparts. The selection process for both categories is set to be completed by July 2013.

Putting Brazil on the map?

Non-Brazilian startups will be able to apply via a dedicated platform, and won’t need to be registered in Brazil to do so. If selected, their team members will also be able to obtain visas for 90 to 360 days, following a procedure that will be detailed at a later date.

While Start-Up Brasil will seek to attract foreigners to Brazil, it will also have a presence in Silicon Valley, which will welcome the first of the international hubs that Brazil is planning to include in its TI Maior initiative. According to the program, the hub will serve several purposes, including business generation, intelligence and attraction of foreign investments.

Will this help Brazil compete on par with the world’s leading tech hubs? Only time will tell.