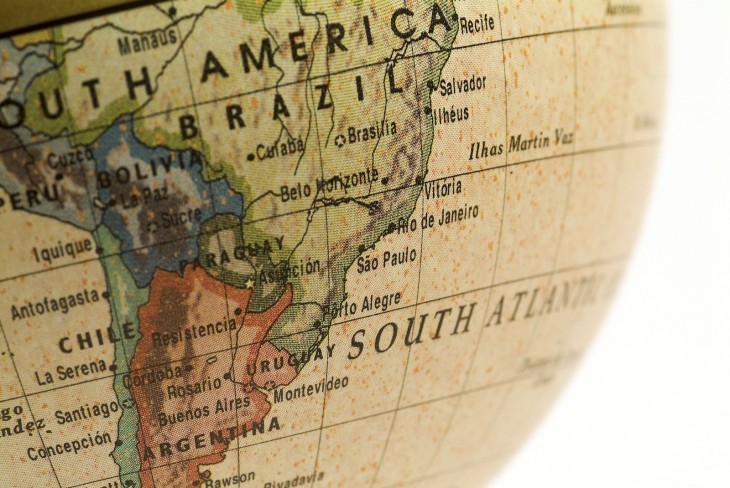 As a new year begins, here comes the time to refresh our list of the most promising Latin American startups. It’s worth noting that this isn’t about who is going to IPO next, as we decided to limit ourselves to somewhat early stage names.

While they are still in their first years of existence, most of them have graduated from one of the region’s leading accelerators, which helped them get funding from international investors to finance their growth.

Check out our list of 10 startups to look out for below, in alphabetical order:

Agent Piggy is a financial education platform for kids, which hopes to teach them how to manage a budget in an entertaining way. Already available in Spanish and English, it launched its Portuguese version at TNW Conference Latin America in Brazil last August.

Earlier this year, it was also the winner of TNW Startup Awards’ Chilean edition. It has participated in acceleration programs at Founder Institute, Start-Up Chile and Wayra, which selected it as one of the companies it introduced to international investors during its Global Demo Day in Miami last month.

Bandtastic is a crowdfunding platform for concerts and digital tickets. In practical terms, people pick a band they would like to see live and they all bring it together, creating opportunities to finance music shows that wouldn’t have happened with more traditional models.

It was the winner of TNW Startup Awards Mexico last summer. The startup received funding from Investomex, which co-invested alongside Wayra and Startup Labs.

Runner-up: 21212 alum Queremos, which has been developing a similar model in Brazil and recently expanded into the US under the brand WeDemand.

Cinepapaya’s team participated in TNW Conference’s Startup Battle in São Paulo last August, and made it to second place. It also took part in Start-Up Chile, and is one of the most promising alumni of Wayra Peru (see our previous article about the program and its impact on the Peruvian tech scene.)

Service comparison startup ComparaOnline was the first Chilean startup to receive investment from the Latin American VC firm Kaszek Ventures last May. In total, it has raised over US$5 million so far.

A few weeks ago, we also learned that ComparaOnline’s CEO Sebastian Valin would be joining the Endeavor Network. As you may know, Endeavor’s focus is to foster growth by supporting high-impact entrepreneurs in emerging countries, and the fact that it its global selection panel selected ComparaOnline confirms that the company is definitely a name to watch in 2013.

We have recently labelled Chilean startup Cumplo as “one of the most groundbreaking startups in Latin America.” Its purpose? Democratizing finance through P2P lending. By mid-December 2012, over $1 million had been distributed via its platform.

While its model went under administrative scrutiny, it has the right team to overcome these hurdles; its co-founders Nicolas Shea is the founder of Start-Up Chile, of which Boudeguer was the executive director before he left to create Cumplo.

Runner-up: Lenddo, which currently operates in the Philippines and Colombia, and grants loans based on community trust.

In other words, it is well placed to surf on the online education boom in Latin America, and more specifically in Brazil, where it helps students prepare for major entrance examinations.

Runner-up: Veduca, which brings MOOCs from leading US universities to Brazil with Portuguese subtitles, and recently closed a round led by Mountain do Brasil, with participation from 500 Startups.

Ideame is Latin America’s Kickstarter, and added many twists to the original crowdfunding model to make sure it could succeed in its home region. For instance, it has recently introduced a new funding method which is similar to Indiegogo’s Flexible Funding option, in which projects can get access to contributions even if they don’t reach 100% of their original goal.

As we reported, Ideame participated in NXTP Labs’ acceleration program, and won TNW Startup Awards Argentina. It has recently acquired its Brazilian counterpart Movere to boost its growth in that country.

Pagpop is the Brazilian version of Square, and one of the most successful startups to have come out of Rio de Janeiro and New York-based accelerator 21212.

Earlier this year, its mobile payment solution attracted the attention of Intel Capital, which selected Pagpop as one of the ten companies in which it is investing a total of $40 million.

Workana is an online marketplace for freelancers, with headquarters in Argentina and a focus on Latin America. It is currently available in Spanish, Portuguese and English.

An alumnus from NXTP Labs, it won TNW Conference Latin America’s Startup Battle. It then went on to raise a $500k round of investment led by DMGT‘s employment division, Evenbase,

Runner-up: GetNinjas, which offers a somewhat similar platform in Brazil, where it won the local edition of TNW Startup Awards in 2012.

Wormhole IT is an Argentine web conference platform that has recently been selected to join the Endeavor Network. During TNW Conference Latin America, it announced that it had partnered with phone operator Vivo to offer its solutions to more than one million SMBs in Brazil.

As we explained at the time, “the platform can be used for web meetings à la Skype, but also for training sessions and events. One of its key characteristics is its simple interface, which doesn’t require any download and is compatible with slow Internet connections.”

Which Latin American startups would you bet on in 2013? Let us know in the comments.

Read next: 500 Startups to launch NYC coworking space for its portfolio companies and early stage startups