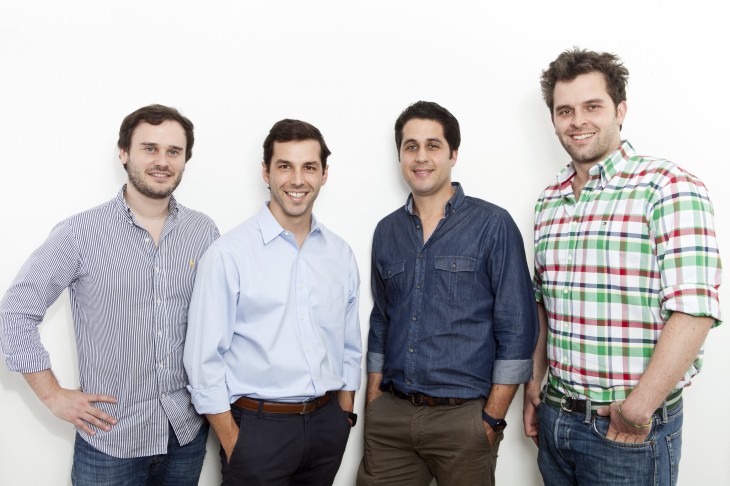 Brazil’s online fashion retailer Dafiti has closed a new round of financing worth $65 million, the São Paulo-based company announced today. The round was led by New York-based Quadrant Capital Advisors, which committed $32 million, with additional funding from Kinnevik, Summit Partners and other investors through a German holding company.

This is the fourth round Dafiti has raised over the last 23 months, a period during which it grew from 10 to 1,200 employees. In addition to initial funding from Rocket Internet and its ‘galaxy’ of backers, it had received a previous round from Kinnevik, followed by a $45 million investment from J.P. Morgan last August. Today’s announcement brings the total financing amount Dafiti has disclosed to $180 million.

As the Financial Times notes, Quadrant belongs to Colombia’s influential Santo Domingo family. “Having a Latin American investor such as Quadrant on board validates our value proposition and our new scale,” Dafiti’s co-founder Thibaud Lecuyer told us.

As you may know, Colombia is one of the Spanish-speaking countries into which Dafiti has expanded, in addition to Argentina, Chile and Mexico. “We believe the company is well-poised to go from strength to strength, not just in Brazil, but throughout Latin America,” Alejandro Santo Domingo says.

Dafiti boasted over 20 million unique visitors during the last 30 days. While its audience has been growing steadily, there is no doubt that Brazil’s Black Friday also had a positive impact on its numbers. As we reported, comScore has registered a whopping 368% spending increase on several leading e-commerce websites as a result of the commercial operation’s third local edition.

According to Lecuyer, the company also managed to set itself apart, as fraud and technical problems during Black Friday have been a recurring source of complaints in Brazil:

“We had a very, very good Black Friday, and handled a significant share of the whole operation,” he says. “What makes us very proud is that our site didn’t go down at any point during those 24 hours, and that we were doing the real deal – we didn’t merely offer two loss leaders to drive sales on non-discounted or wrongly priced items.”

User experience is a key element of Dafiti’s brand identity. Launched in January 2011 by 4 foreign co-founders, it was one of the first Brazilian e-commerce players to offer free shipping, as well as free 30-day returns and exchanges.

Following its new financing round, Dafiti now plans to make long-term operational investments in Brazil to optimize performance and customer satisfaction. One of its key milestones will be to open a huge new distribution center. Combined with additional improvements to its delivery chain outside of Brazil, this should help it become more efficient on the logistical front. While the cost is sizeable, Dafiti hopes this will turn into solid assets for its future growth.

In addition, it also plans to expand its product catalogue and brand portfolio in Spanish-speaking Latin America. As a matter of fact, the number of items it references in those countries is still much lower than in Brazil, where it currently offers around 80,000 products and 700 brands, ranging from apparel, shoes and accessories to beauty and home decor.