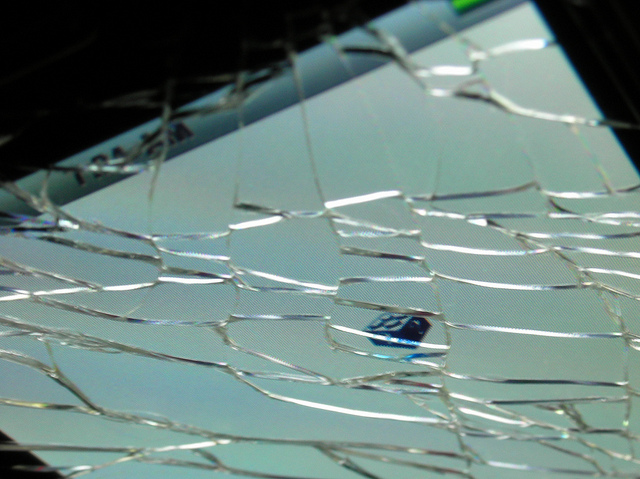 What would you do if you dropped your brand new smartphone? In Brazil, repairs can take quite a lot of time and money, and this is the problem that the Sao Paulo-based company Pitzi wants to do address.

Launching today in private beta, the startup is actually an online club, working in the same way as the United States’ AAA and similar member clubs that provide roadside assistance around the world.

Pitzi’s users need to sign up within 30 days of buying their new phone and pay a monthly insurance fee. If their phone suffers any kind of damage, even accidental, they can contact Pitzi through its website, explain the problem in a few clicks and request a repair. Within hours, they will receive a courier envelope (SEDEX) to send their phone to the startup’s experienced technical team.

Unlike its brick-and-mortar competitors, the startup promises it won’t take forever to fix a phone. Nor will it argue with the client that it is their fault – accidents happen, and Pitzi wants to take the pain out of the broken phone experience. Hence Pitzi’s brand identity – it may not be out of beta yet, but it already has a voice, and a fun one (see the company’s video presentation in Portuguese).

Pitzi’s founder, the American entrepreneur Daniel Hatkoff, worked in investment banking and private equity before moving to Sao Paulo. His current occupation according to his Google+ profile? “Using tech and financial knowledge to change the world.”

As we reported, there are around 19 million smartphones in Brazil, while the country has over 236 million mobile numbers – in other words, mobile is very popular, but smartphones are only taking off now. According to Hatkoff, one of the reasons why there aren’t more smartphones is the lack of technical assistance. Not only are iPhone and the like incredibly expensive in Brazil, but if you have a technical problem, you’re pretty much on your own, he explains.

Quoting numbers from SquareTrade, Pitzi affirms that 80% of phone damage is accidental. In this context, the many exceptions to extended warranties deter the middle class from taking the risk to buy an expensive phone, something Pitzi hopes to change. Still, it remains to be seen if extremely budget-tight people will consider investing in an insurance scheme before their phone actually breaks – not to mention that Pitzi doesn’t cover loss of theft.

Yet, the company has other arguments to convince the many ones who are able to afford its small monthly fee (starting from US$2.85 per month – R$5). In a country and a segment where customer service is too often appalling, Pitzi wants to make service quality its priority. It promises its users to get their phone back and working in a couple days in most cases, and up to a week for the most serious cases. It also means less hassle for the company itself, as it won’t need to provide replacements during the quick repair.

So how does Hatkoff hope to drastically shorten the wait? Pitzi will handle logistics differently, and took measures to make sure it has alternatives if the post workers go on strike – this is also why its private beta is only available in the state of Sao Paulo. Would you like to give Pitzi a try? We’ve got an invite code for 50 readers: TNWLAHEIM – all you have to do is to type it on Pitzi’s homepage.

Pitzi is particularly interested in highly tech-savvy beta testers, who’ll be immediately able to explain what’s wrong with their phone and if it has been correctly fixed when they get it back after a repair. Too often, Hatkoff explains, traditional repair services return phones without properly fixing them. For Pitzi to be different, he hired what he described as a highly experienced in-house tech team, who can also rely on a third-party network whenever necessary.

After this local beta test period, Hatkoff plans to launch Pitzi on a larger scale in April, and expand the service to other Brazilian cities. In the near future, the company may also be able to cover phones bought abroad, but for now, it only accepts users who can provide a Brazilian proof of purchase at some point – be it from a brick-and-mortar store, an operator or an online store.

In other words, Pitzi covers devices bought anywhere in Brazil. It hopes to free smartphone owners from having to make a decision regarding insurance on the day of their purchase. Store warranties aren’t always the best deal; Pitzi wants people to have a chance to shop around, and hopefully opt for joining its club.

Do you think Pitzi can disrupt the phone repair segment in Brazil? Let us know in the comments.

Read next: Report: 46% of companies have issued Macs to staff, 27% support the iPad