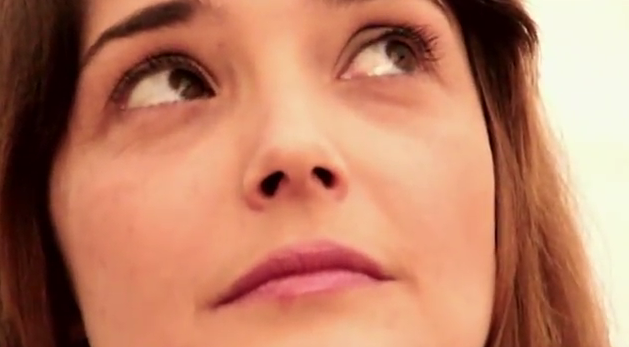 In her latest guest post for TechCrunch, Penelope Trunk, the co-founder of Brazen Careerist, argues that there are so few women in tech because women are inherently interested in raising a family, particularly those in their 30’s.

Unfortunately, Trunk’s article fully misses the heart of the problem facing women in technology today, and she is instead causing more harm and division than any good.

It is correct to say that women are not very well represented in technology and startups. Only 1 out of 84 top VC’s listed in The Funded was a woman , for instance. However, instead of either ordering women to join startups, or resorting to stereotypes, or getting worked up about articles such as Trunk’s, we need to look at the environment as a whole, see what is really going on, and look to fix it.

Simply stating that women aren’t into startups because they don’t want to “continue working in their 30s the same way they did in their 20s” as she suggests is simplifying the issue down to heuristics and gender bias. We need to ask ourselves the right questions:

And then there are the practical issues:

Running a startup is extremely difficult. It is so challenging that I dare say that very few people should run startup, men or women. For a woman, the work is twice as hard because you have to work at making the right connections and networking and getting funding in a world that believes the ideal entrepreneur is a 20-year-old male hacker that graduated from Stanford.

And for a non American woman, the odds really stack up against you:

I’m a woman running a social shopping startup called Novelo in Latin America. I come from Brazil, a country with debilitating unemployment rates and where the goal is to find a stable job, preferably in the public sector. It’s a country where a “proper, successful life” is equated with a 9 to 5 job, marriage and children. There is no drawing outside of the lines out here. If you are a woman in Latin America and want to run a startup, your first challenge is to say no to all or most of these in order to follow your startup dream.

Our startup is now stationed in Chile for the tech accelerator Startup Chile. Working or creating a startup is pretty rare in mainstream Latin American public, even in Chile where through this program, the government is doing its best to foment entrepreneurialism. Being a woman entrepreneur is almost unheard of. I have only met a handful of tech female entrepreneurs during my time here.

In many Latin American countries, women begin having children while very young, and often have multiple kids in their 20’s. They are generally worried about other things, like being able to afford diapers, the bills, and groceries. There are no mentors around to show these women that they too can someday be an “entrepreneur”, especially in technology.

If you already have a family, or are just waiting for the right time, you have to be prepared for the lack of time, long work hours, and huge risk – but also for the stares, the sideway glances, and the questions from friends and family here in Latin America: Why aren’t you married? Don’t you want to have kids someday? What are you doing with your life? Why don’t you forget about this startup thing, get a real job, and have a normal life?

Women in the States have an easier time than their Latin American counterparts, as there are great networks that women can join like Women 2.0, Change the Ratio, Girls in Tech, Founders Institute, or local tech and startup circles where they can find other women like themselves. I have also found that many men in technology back in the States do their best to support their female counterparts. In Latin America, we lack any type of mentorship or support, making it a very lonely environment for women in startups.

So, if is not easy, why am I running a startup?

As cliché as it might sound, I really do want to change the world and to show other women in Latin America and beyond that they too can build a life outside of what is expected of them. This is the first step in changing incorrect assumptions and old school traditions that are so prevalent. In this way, we can truly change things.

I’m facing a tough reality. But, just like me, there are many women out there that find the challenge worthy enough, that are okay with mixing intensive startup hours with being a mom (after all, as a co-founder you generally do get to work from home) or that simply do not want children. And that’s their choice.

I decided not to have children because my startup needs my complete attention, just like a child. But, if you want to try your hand at having “twins” – your startup AND a real baby, then more power to you. There are many women out there capable of both being a mother and raising a startup. Think of all the female lawyers, doctors, university professors and neurosurgeons who decided to do both.

It’s a waste of time to simply say that we need more women founders. We don’t need to focus on quantity, we first need quality, and then the numbers will come. In other words: we need women who are really committed to facing these uphill challenges and to make more profound changes throughout the world, which will in turn influence our future numbers. We need to stop this ridiculous back and forth about what women should or should not do — or if they should do it with a child on their hip or not.

Let’s just ask ourselves – how can we fix this? If you want to run a startup, do it. Enjoy it. But as you find your way, always make sure you think a little deeper about your own personal experience and its meaning within the deeper cultural context.

Read next: Sony wants to help send your messages and donations to Japan