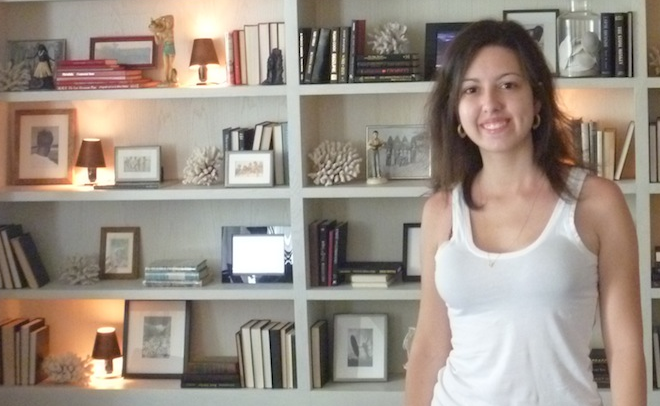 It’s common knowledge that Google is one of the most desired employers in the world. Yet, a startup project made the Brazilian MIT student Isabel Pesce Mattos drop out of both Google and MIT. And it seems it wasn’t such a bad idea. The startup she joined is called Lemon, and reportedly raised no less than $10 million in funding thanks to its receipt tracking app (see our review).

It’s not a story about luck or privilege; Isabel Pesce’s trajectory is a shining example of determination against all odds. Unlike many of her fellow students, Isabel wasn’t raised to join a top American university. She only found out about MIT’s program for foreigners two weeks before the deadline, she remembers, laughing.

If you’ve ever tried to apply, you know it’s a process that usually requires anticipation, but Isabel, then only 18, wasn’t discouraged. She rushed to gather recommendations and arrange interviews as fast as she could. It was certainly worth it, as she ended up among the happy few to join the prestigious institution.

Even though Isabel excelled at math in high school, moving to Boston to study at MIT was already a considerable achievement for someone like her. While she didn’t grow up in a Brazilian slum, neither does she belong to the traditional Brazilian elite. Her middle class family could never have afforded MIT’s tuition fees without her scholarship, she explains.

What’s even more striking about her background is that Isabel didn’t grow up surrounded by entrepreneurs – her father has been working for the same company for years, and nobody in her family runs their own business. Yet, she acknowledges she couldn’t picture herself otherwise than as an entrepreneur.

It’s through MIT’s entrepreneurship competition that she got to work on her first startup project – a peer-to-peer mobile system for developing countries. Although the project didn’t make it, she describes it as a very formative experience.

Studying at MIT also turned out to be a great footstep into Silicon Valley for Isabel, albeit somewhat accidentally. After her MIT bachelor’s, she opted for a professional master’s degree that the institution runs in partnership with private companies.

Half of it takes place in California, and gave her the opportunity to work at Google in Mountain View. It wasn’t her first work experience at one of the top tech companies – she had previously interned at Microsoft.

However, Isabel wasn’t enjoying her day role at Google as much as you may think, and ended up leading what she describes as a double life. During the day, she would work on Google Translate, but as soon as her job was done, she would head to meet-ups to network with the startup crowd.

As it was to be expected, she soon received job offers, and ended up working for the video platform Ooyala for a few months. When the time came to go back to Boston, her decision was made. Instead of finishing her degree, she would move back to Brazil and launch her own startup.

However, things ended up taking a very different turn when Isabel got to know the Latin American entrepreneurs Meyer Malka and Wenceslao Casares (see our post mentioning an online class Wenceslao Casares is giving). As you may remember, both were involved in one of the biggest Latin American startup exits when Patagon was sold to Santander bank for US$750m in 2000 at the height of the dot-com bubble.

When they met Isabel, the pair told her in detail about a new startup they were about to launch. Isabel loved the idea so much that she decided not to move back to Brazil and stopped working on her own idea.

Instead, she immediately joined what was to become Lemon. According to Isabel, this gave her the opportunity to combine the two things she wanted the most: creating a startup, and working with people she admires.

As you’ve probably read, things soon turned out pretty well for Lemon, which is determined to be a key player in the mobile finance segment. The six months old startup very quickly acquired hundreds of thousands users, who use its app to scan and track receipts of their purchases. It now has twenty employees and the funding it needs to finance its growth.

Despite her impressive track record, Isabel is surprisingly humble. She hasn’t created a multi-million dollar company yet, she points out, refuting comparisons with Mark Zuckerberg. If she is willing to share her story of overcoming challenges, it’s because she hopes it could inspire future entrepreneurs – and so do we.

Read next: Sevenly has found a brilliant way to sell t-shirts for charity