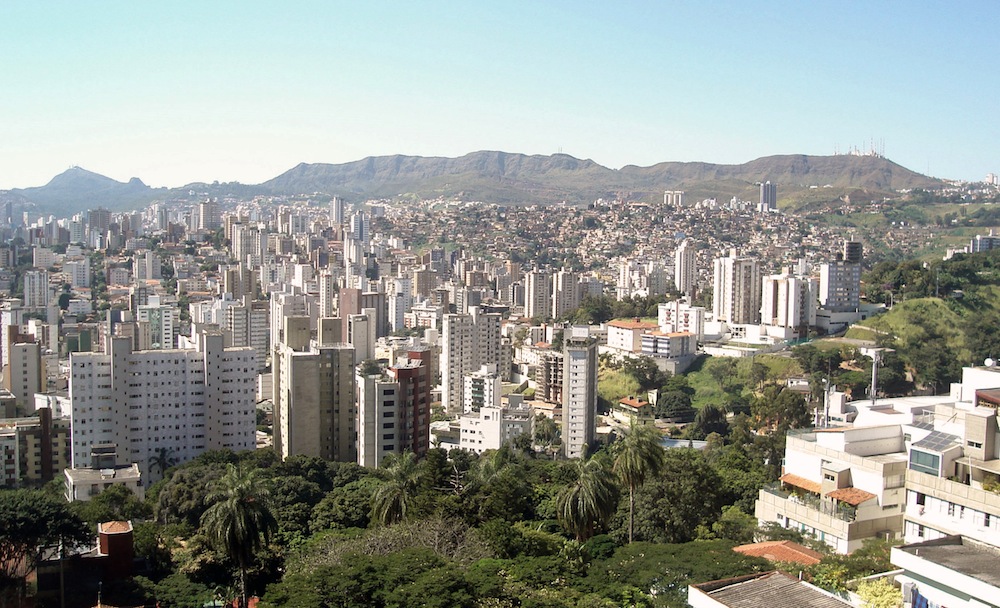 Where do you think Google’s Brazilian R&D centre is based? No, it’s not in São Paulo, but 300 miles from there, in Belo Horizonte. This is not an accident – if you need another proof of it, the city just played host to the international design event Interaction South America. So what’s going on in Belo Horizonte?

If Google has R&D offices in Belo Horizonte, it’s because it entered Brazil in 2005 by acquiring a local company called Akwan. The deal was closed by the BH-based VC fund FIR Capital, now part of DFJ’s network and one of the main venture capital firms in Brazil. The American Simon Olson, which was instrumental in the sale, now works for Google’s Latin America New Business Development team, mostly from Belo Horizonte (see our post 9 Gringos you should know).

Here’s how Google describes the city on its careers page: 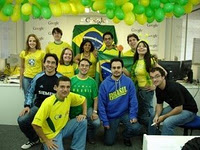 The city of Belo Horizonte is a major cultural center with several universities, a historical museum, and numerous libraries and sports stadiums. Belo Horizonte – or “BH,” as it is commonly called – is the state capital of Minas Gerais, located in the Southeast. Although its population is slightly more than 3 million people, BH offers the features of a small town and is a great city to live in. It is well known for mild weather, light traffic, low cost of living, and good food. In fact, the office of BH Google attracts people from around the world, providing a diverse and stimulating work environment.

Beyond Google, a startup community

What’s particularly interesting is that Google isn’t the only tech company in town. The same environment which had given birth to Akwan has also served as a breeding ground for Brazilian startups over the last decade. One of the oldest ones is the online video platform Samba Tech (see our story). The company grew considerably since its creation, up to the point that one may wonder if the word “startup” still apply: as we reported, it recently acquired the video portal Videolog, expanded to Latin America and plans to IPO by 2016.

Yet, Samba Tech is also a key player in the local startup scene – and not just because its CEO Gustavo Caetano recently launched a side project called MyGeekDay, a startup which sells memorabilia for technophiles à la ThinkGeek. Indeed, it also supports initiatives to foster entrepreneurship, such as Pitch Digital. As it names says, it gives local entrepreneurs a chance to practice their pitch.

It also shows how much since have changed since Samba Tech was born. When it launched, it was one of the very few startups in town. Since then, many have blossomed which we have already mentioned here, from the gaming company 02Games to the crowdsourced test platform CrowdTest.

These startups are also part of a larger ecosystem, which goes beyond Samba Tech and FIR Capital. For instance, CrowdTest is backed by the Belo Horizonte-based accelerator Aceleradora. Meetups and other networking events have also mushroomed, such as Hora Extra BH. A co-working space called CoolWork also opened recently, reinforcing the sense of community.

Interestingly, to the notable exception of Samba Tech, most startups are located near or within the same neighborhood, São Pedro, which is becoming almost emblematic of Belo Horizonte’s tech scene. Local geeks have even started to use the Twitter hashtag #SanPedroValley to celebrate the wins of local startups – and there have been quite a few.

Indeed, startups from Belo Horizonte have been particularly successful in Brazil’s latest competitions and calls for projects. When the shopping comparison site BuscaPé selected four winners for its startup challenge, one of them was the local startup HotMart (see our post). As for Telefonica’s accelerator Wayra, it selected RockBee as one of the ten startups it will mentor.

Another company which has been getting a lot of attention lately is EverWrite, which recently won RBS Prize for Entrepreneurship and Innovation (see our post). So is DeskMetrics, which we listed as one of 10 Latin American startups to watch out for. Yet, these two companies are soon planning to leave the country.

As we reported in September, both had plans to move to the US to be closer to their clients and avoid dealing with the Brazilian bureaucracy when it comes to international transactions. However, DeskMetrics has slightly changed its plans since then, and for a good reason; the startup was selected to participate in Start-Up Chile, which means that its team will spend at least a few months in Santiago.

Fostering startups locally and beyond

Although DeskMetrics’ founder Bernardo Porto is soon leaving Brazil for Chile, he’s still very much involved in fostering startups in his home country. Alongside with three other key figures of Belo Horizonte’s tech scene, including Samba Tech’s CEO Gustavo Caetano, he launched the Brazilian Startups Association.

The purpose of the association is double. One of its ambitions is to give Brazilian startups a forum where they can exchange ideas and learn from each other. Another of its goals is to become a lobby to represent Brazilian entrepreneurs and support measures to foster startups in the country. While the initiative comes from Belo Horizonte, it’s open nationwide, and startups from all over Brazil have already registered, Caetano said.

According to Matt Montenegro, these initiatives have had a very positive impact for the local tech scene. Montenegro is the founder of MiCasaSuCasa, a short-term accommodation website. The four-month-old startup will open offices in São Pedro’s neighborhood next month, but what it loves about it goes beyond having other startups as neighbors, he explains.

All these initiatives have also succeeded in creating business opportunities, with investors paying close attention to local startups. Here’s what Montenegro had to say about his own experience:

To give you an idea, the visibility for new startups in Belo Horizonte increased so much that our team, in only four months of existence, already received several contacts from angels and VCs, including foreign ones, interested in our product.

Hopes are now high that Belo Horizonte could stop being considered as a minor secondary hub, and instead start being perceived across Latin America as an effective innovation hub, or even as Brazil’s startup capital, he added.

While public support for startups in Brazil is often presented as limited, it seems that in Belo Horizonte’s case, the local authorities are prepared to invest in developing the local tech scene even further. As a matter of fact, the city will soon inaugurate a technological park called BH-Tec, where companies such as Samba Tech will move by the end of the year. 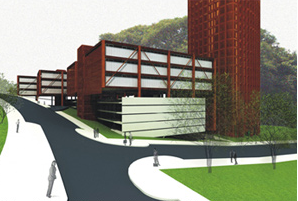 BH-Tec will be located near the campus of Minas Gerais Federal University (UFMG), and this is not a coincidence. According to Samba Tech’s Culture Evangelist Pedro Filizzola, this university is one of the main IT talent sources in the country, and one of the reasons why Google R&D center is based in Belo Horizonte.
Could Minas Gerais attract even more big names? Back in August, the local newspaper O Tempo speculated that Twitter could open offices in Brazil in 2012, possibly in Belo Horizonte. While the micro-blogging startup declined to comment, BH-Tec declared that no contacts had been made – which means it’s only a rumor at this stage. Yet, it shows that many in Belo Horizonte are prepared to bet on a bright future for ‘San Pedro Valley’.