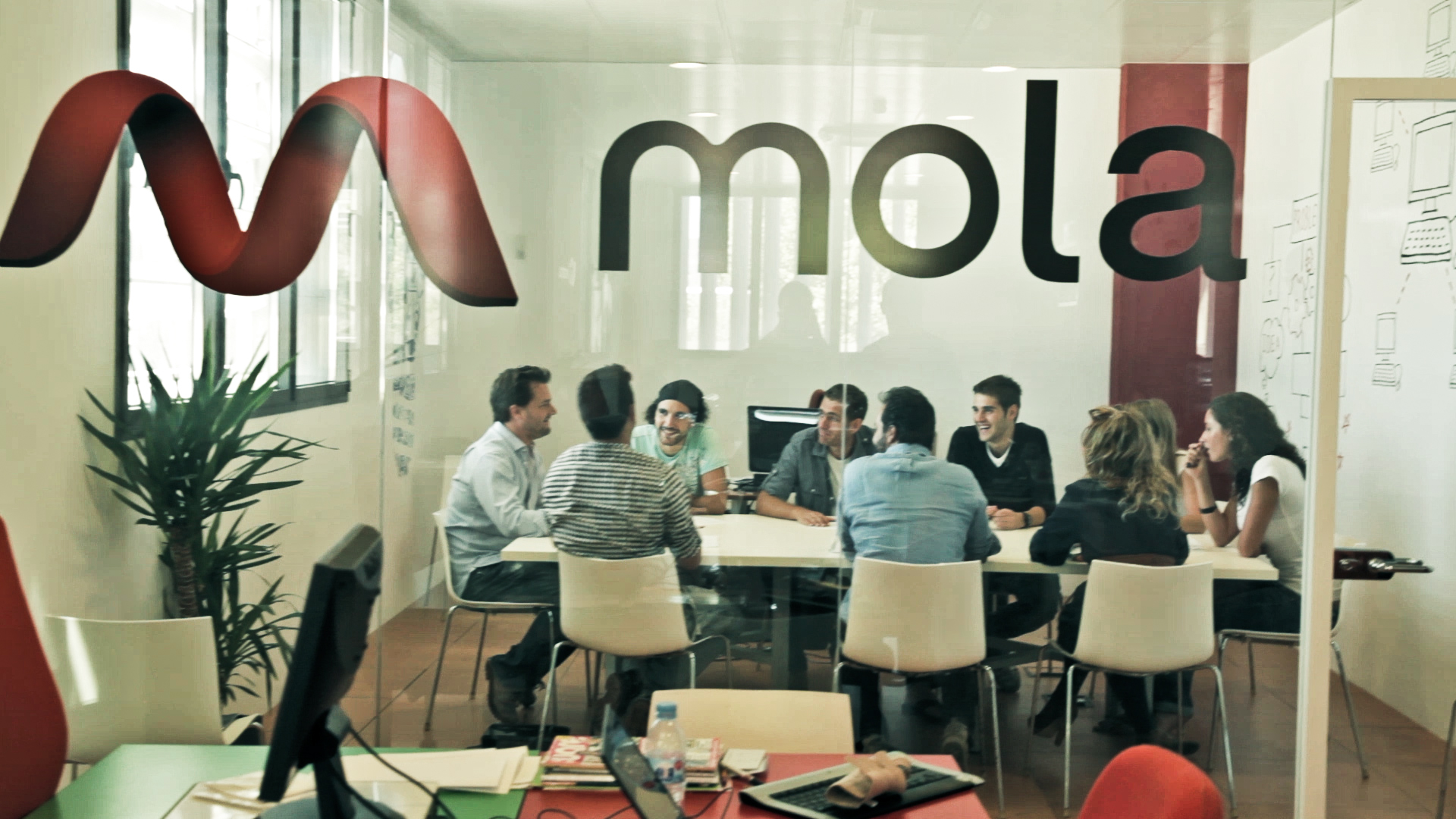 In Spanish slang, “mola” means “cool”. This is also the name of a startup accelerator based in Palma de Mallorca which has been quietly working with 30 companies for the last ten months and now plans to expand to Silicon Valley and Sao Paulo. So what is Mola and what does it do?

Enrique Dubois is one of the best known Spanish serial entrepreneurs. Although he’s not even thirty years old, he’s been creating companies for the past decade. Before founding Mola, which he describes as the project of his life, he launched ventures such as Bingos.com, MediaGambling and the social network Wamba.

Unlike many other Spanish entrepreneurs, he resisted the siren’s call of Silicon Valley and has been living on the island of Mallorca since he was four. It’s also there that his latest venture Mola has been based since January.

While Dubois is Mola’s main partner, this isn’t a solo venture. Besides its co-founder Paco Gimena, a seasoned investor, Mola is also supported by Joan Pons, CEO of the SaaS startup WorkMeter.

If you’re familiar with the “accelerator” concept, you don’t need too many details to understand what Mola does, which is to support early stage startups by offering them seed capital, mentoring and other tailored help depending on their needs.

At the moment, Mola has a staff of 40, of which 40% are programmers., who work together with the 30 accelerated companies in Mola’s Palma offices. Here’s an intro video about Mola:

Mola is currently working with 30 Internet-related startups, in which it invested 3m euros (around US$4m). According to Dubois, some companies such as WorkMeter, Destinity, Portbookerand PriceBets have already raised financing rounds thanks to Mola’s support and Rolodex. Besides its network of experienced mentors, Mola is also well connected to Spanish and foreign investors, Dubois explains.

While Mola hasn’t raised capital yet, it is now in the process of doing so to finance its expansion – according to Dubois, Mola wishes to select an additional 20 companies, and invest more in accelerated projects that have proven to be successful.

Although Mola’s portfolio also includes a few British and American founders, most of the startups it’s working with are Spanish. Indeed, Dubois and his partners are convinced there is a gap for early stage funding in the country, as most investors are interested in “faultless” projects” and only invest further down the line.

However, Dubois also noticed that things are changing, and welcomes other early-stage funding initiatives such as Telefonica’s Wayra, of which he’s a mentor (see our previous post). He also supports the Startup Spain Manifesto, of which he hopes that the next Spanish government will adopt several measures.

More generally, his impression is that the Spanish culture has become more favorable to entrepreneurship over the last three to five years, putting an end to one century of hostility towards entrepreneurs perceived as mere opportunists.

From Spain to the US and Brazil

Still, the main reason Mola and other dot-coms are based in Palma de Mallorca is quality of life. As a market, Dubois acknowledges, Spain can’t compete with the US and Latin America. This is the reason why Mola plans to open offices in Silicon Valley and Sao Paulo and support its companies’ expansion to these regions, their natural markets.

Dubois is convinced that technology will drive Spain’s and Latin America’s growth. For Spanish Internet startups such as the ones Mola is working with, Latin America is a very attractive market. Internet connectivity is growing fast across the region, which shares a linguistic and cultural proximity with Spain, Dubois reminds.

However, Mola isn’t looking at Latin America only as a market; the accelerator is also interested in working with local startups from its upcoming Sao Paulo office.

As a Latin American entrepreneur who has lived in Europe, he’s interested in building bridges between the two regions, and is also helping the entrepreneur community Iniciador to keep on expanding beyond Spain.

With Mola, Maximiliano hopes to source two or three Latin American startups to be accelerated during the first semester of 2012. The selection process will follow the same flexible approach as in Spain and there won’t be any established deadlines. However, he encourages local startups interested in Mola to get in touch during Red Innova‘s conference in Sao Paulo at the end of the month (see our post about Red Innova).

What do you think of the boom of accelerators in Latin America? Let us know in the comments.

Read next: Could Apple's vintage style come back into fashion?