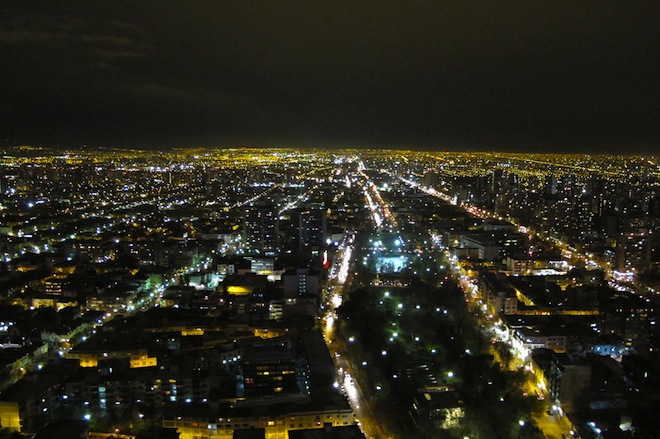 Won’t be in Sao Paulo for the new Hackathon we mentioned yesterday? Well, you now have another option if you’re anywhere near Chile: HackSantiago, which will take place from November 25th to 27th.

According to its organizers, HackSantiago is the first event of this kind in the city. During three days, teams of up to four people will participate in this programming marathon. Besides the 48-hour competition, the schedule will also include tech-related workshops.

HackSantiago’s organizers are foreign entrepreneurs whose startups (JobConvo, LoveBlip, PropiedadFacil and Picket) are currently participating in Start-Up Chile‘s acceleration program. Supported by Start-Up Chile and Co-Work, these entrepreneurs will also act as mentors during the event and open their APIs to the hackathon’s participants.

While the organizers’ initial motivation was to meet interesting people and create an opportunity for Chilean developers and Start-Up Chile entrepreneurs to get together, it once more shows the positive impact Start-Up Chile can have on the Chilean startup ecosystem as a whole.

Indeed, the event will represent an opportunity for local developers to learn new programming techniques and test new ideas while playing with international APIs.

Participants will also compete for several awards. Although HackSantiago is still negotiating its upcoming grand prize with its sponsors and the organizers already confirmed that smaller awards will be attributed for different categories that will be established during the event. For instance, LoveBlip will grant 100,000 Chilean pesos (US$200) to the best app based on its API.

Participants need to pre-register here. Will you participate? Let us know in the comments.