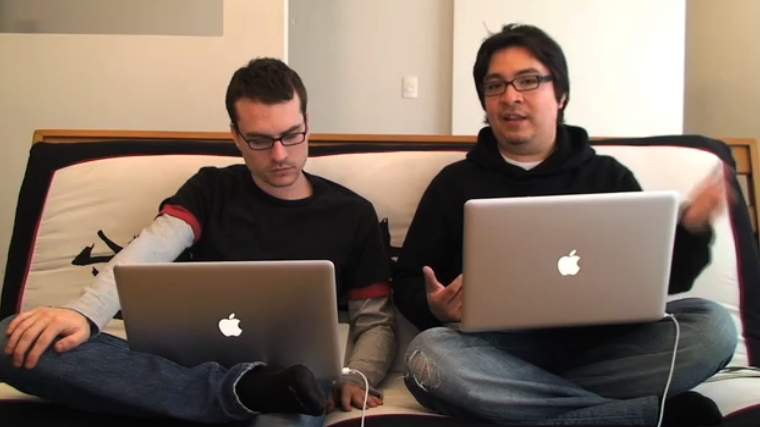 If you’re one of the many subscribers of the Mexican podcast Nerdcore, you’re already familiar with his co-host Oscar Yasser, aka ‘Akira.’ But did you know that beyond the laid-back video game geek you may know, there’s also an entrepreneur with a clear vision of the future of publishing?

We’ve talked to Oscar to find out more about its latest startup, Atomix, which has just been selected to be accelerated in the US and whose ambition is to embody Oscar’s vision.

Asking Oscar Yasser what he studied, the answer comes right away: “I’m a college dropout,” he laughs. Sure, he started studying Computer Science in Mexico, but he left university during the third semester to dedicate himself full-time to his video game website, Atomix.vg.

Looking back, Oscar says it was definitely worth it. Shortly after he left college in 1997, Atomix raised a round during the dot-com bubble, and to date, the company is still fueled by this capital. During the next ten years, Oscar mostly focused on content publishing, both online and offline. Atomix became a print magazine (then called Limit-X) in 2000, and Oscar also created another publishing company behind dozens of magazines in Mexico.

When he sold that company in 2008, he decided to keep Atomix. However, he had the sensation his interest for magazines was fading, and noticed he was buying less and less of them. As he soon found out, it wasn’t about content itself; it was about the rise of digital content. When Apple announced it would produce tablets, “it was like a dream,” Oscar recalls.

Indeed, Oscar is passionate about digital publishing for tablets. It’s the perfect way for him to combine his two loves, publishing and Internet, which he was until then pursuing in parallel (he had created a digital agency called SCLBits (Social Bits) two and half years ago.)

Atomix on the iPad: more than a magazine, a vision

Fascinated by the iPad, Oscar decided around October 2010 to create an app for Atomix, his video game magazine and website in Spanish. The team also decided to create a version in English, which means that its launch had to be postponed until February – still on time for the Games Developers Conference in San Francisco, where the team presented Atomix’s #0 issue. 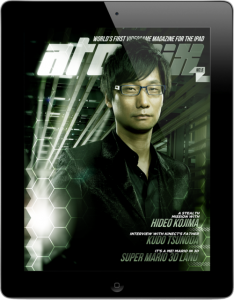 The first official issue, priced at US$1, was then released in April, in English and Spanish. It received excellent feedback, Oscar recalls, but starting from the third issue, its partnership with an external video crew stopped. After releasing a free filler issue, the team decided that going forward, it would handle video production internally in Mexico. This decision had an immediate impact on costs, and the team decided to raise the magazine’s price tag to US$2.99 (while the apps themselves are free.)

Of course, the decision to increase pricing wasn’t very well received and the magazine lost readers. Yet, Oscar has no regrets: heavy hosting costs meant there was no other choice, and although the magazine has less readers than before, its revenues increased. In total, Atomix’s applications in English and Spanish have been downloaded over 100,000 times, according to Oscar.

The reason why Atomix is a bit pricey is very simple: unlike most magazines on the iPad, it doesn’t use any external software like Adobe’s to transform the magazine into an app. Instead, it uses its own proprietary technology, which gives it much more freedom.

Far from a glorified PDF or a lookalike of other magazines, each issue of Atomix’s magazine is hand-crafted and coded, adn each article can be customized by the team. This is something Oscar is very vocal about: if the best websites are coded manually, why would all magazines look the same on tablets?

The future of publishing

According to Oscar, what he’s doing at Atomix corresponds to his vision of the future of publishing. To begin with, his team is quite different for a traditional magazine’s. Among the 16-18 staffers and freelancers who work on each issue of Atomix, most of them in Mexico, about half are focused on tech – programming, UI, web design, etc.

To give you a better idea of the result, here is the teaser of its latest issue:

Oscar is convinced that content publishing on the iPad will keep on growing and evolving. Tablets are already much cheaper than computers. While their democratization is still under way, they’ve already started to revolutionize the way we relate with content. As for the content itself, we haven’t seen anything yet, according to Oscar, who believes the iPad is a perfect destination for innovation.

A video game magazine is of course a great place to experiment with. It’s much more appropriate than, say, a horse racing one, Oscar points out. One of the reasons why he loves video gaming is that its industry renews itself every few years, which means its fans are much more open to innovation.

As you may have understood by now, Atomix has big ambitions. According to Oscar, the British magazine Edge is the best print video game magazine, and he’d like Atomix to gain a similar reputation on the iPad.

However, limited resources means it can’t grow as fast as the team would like it to, Oscar regrets. Many new features are on the way, but will have to wait, he said.

Indeed, capital for innovative startups is still very scarce in Mexico, despite interesting initiatives such as Wayra and Mexican.VC (see our previous stories ‘How Wayra hopes to create many Silicon Valleys across Latin America‘ and ‘Meet David Weekly, the nerd who loves people‘.)

The ecosystem itself is still maturing; Atomix has to sell its innovative product to advertisers, such as the custom interactive ads it creates for its Spanish edition, but many of them are only discovering digital campaigns now.

One option for Atomix to increase its revenues would obviously be to license its technology to other publishers. While Oscar doesn’t exclude it, he also acknowledges it would be contradictory, since he’s a firm believer that digital magazines have to be handcrafted by in-house teams.

Besides its activities at Atomix, Nerdcore’s podcast is still very important to Oscar (see our previous post, 5 Latin American podcasts you should give a listen to.) Not only because it’s realized by its agency, Social Bits, but also because it’s a way to show the Mexican public what’s going on in tech. According to Oscar, this knowledge is essential for the Mexican and Latin American tech ecosystems to grow.

Yet, he’s fully prepared to dedicate himself full time to Atomix sooner or later, he acknowledges. He may have to do so very soon, as Atomix is one of the companies selected to participate in TechBA‘s acceleration program in the US from early 2012.

TechBA is a six years old program backed by the Ministry of Economy of Mexico and the US-Mexico Foundation for Science (FUMEC.) It has five offices in the US, two in Canada and one in Madrid. Its ambition is to help Mexican companies go global, while generating wealth in their home country where the authorities hope their operational teams will remain located.

According to the CEO of its Seattle’s office, Itzam de Gortari, although all TechBA offices share the same goal, each of them tends to focus on its local industry – in Seattle’s case, video gaming. Talking about Atomix, Itzam points out Oscar as one of the startup’s key assets. People are an essential success factor for startups, he said, and he’s convinced that Oscar has the qualities needed for Atomix to succeed.

As for Oscar, he hopes that participating in TechBA will help Atomix raise the funds it needs to achieve its goals. Indeed, one of Atomix’s priorities is international expansion, beyond its English version. While its app in Spanish already caters to Spanish-speaking countries, it also plans to create a Portuguese version for the Brazilian market, with more languages to follow. According to Oscar, one thing is for sure: they will all be made in Latin America.

What do you think magazines should look like on the iPad? Let us know in the comments.

Read next: DishOnIt highlights what food you ate, not where you ate it