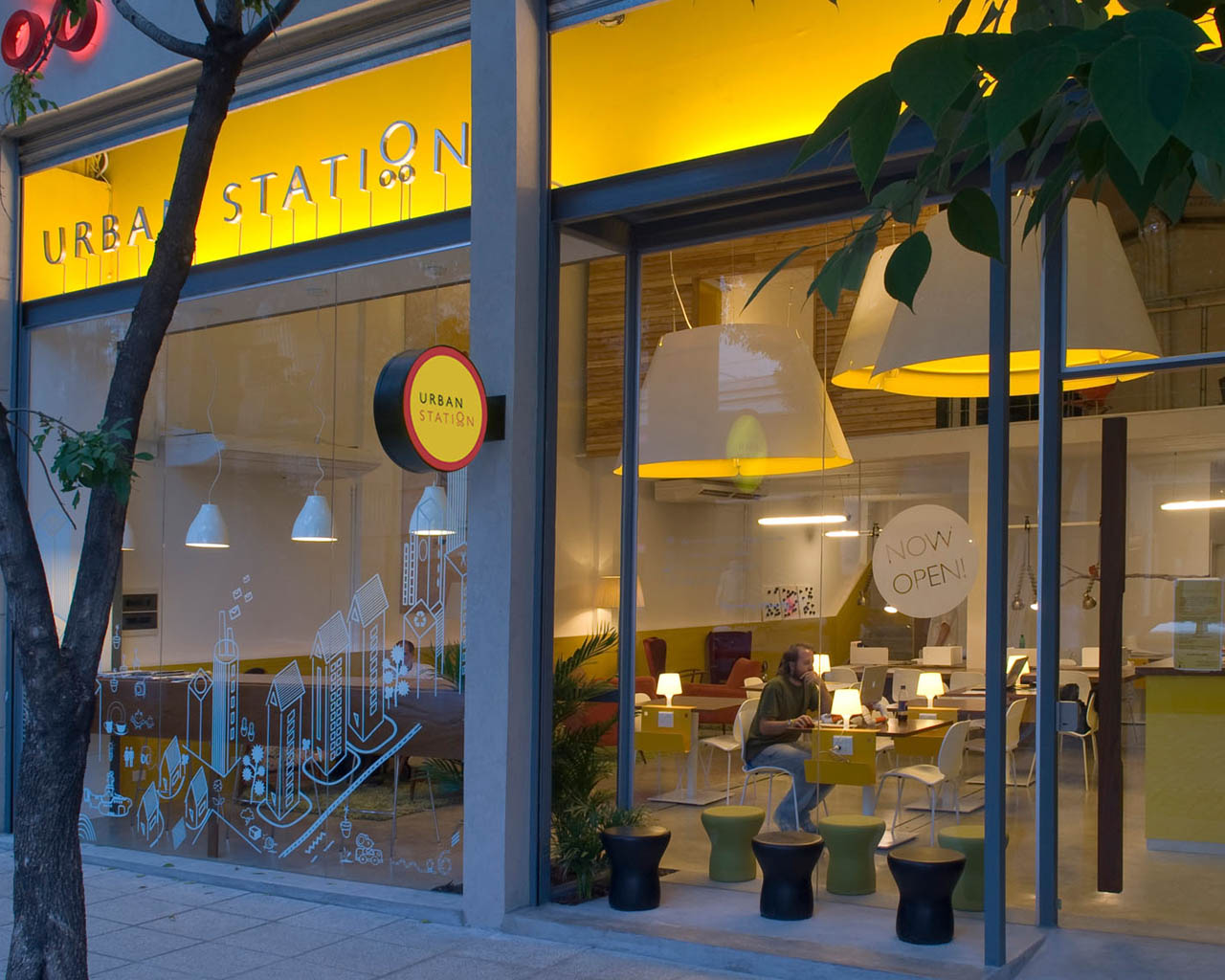 Tired of working at Starbucks? Then co-working spaces are the answer for you. They’ve been mushrooming over the last years, and not only in the US. Cool places have also opened in most Latin American cities, and there’s more to come. Here’s our selection for you:

If you’re into design, you’ll love Urban Station. It doesn’t take long to see the extra effort put into planning and decorating its workspace. Or should I say, the workspaces, as there are now two Urban Stations in Buenos Aires: the original one in Palermo Soho plus one Downtown, which opened in May this year. This is what it looks like:

Don’t be surprised if you stumble onto an Urban Station outside of Buenos Aires, as the company has big ambitions. Urban Station could soon become an important co-working space network, as it has plans to manage 45 spaces across Latin America by 2015. Regional expansion has already started, with recently or soon-to-be-launched subsidiaries in Colombia and Chile. Areatres means ‘ZoneThree’ in Spanish, a reference to the concept of “the third place“, a social environment which isn’t a home nor a workplace.

Like Urban Station, it has two different locations in Buenos Aires, called Areatres Soho and Areatres Hollywood. Both offer different kinds of working spaces, from a simple desk to private rooms and meeting rooms.

Interestingly, Areatres’ website is available in English and the space itself attracts many foreigners. According to its founder Martin Frankel, only half of Areatres’ clients come from Argentina.

Inaugurated this month, Movistar Innova Center is not the first co-working space in Chile; it was preceded by Club El Origen, which opened its doors in March. However, it’s the largest one by far with 1,500 square meters.

Thanks to a partnership with the Chilean Economic Development Agency Corfo, it will soon play host to 200 Chilean and foreign entrepreneurs. It will then progressively expand its capacities to be able to to welcome all future Start-Up Chile‘s participants. So far, 80 of them have already moved in.

The co-working space is managed by Urban Station, but it’s only one of the many activities the Center will organize; its plans also include hosting a bank branch focusing on entrepreneurs, an investment fund, a restaurant, an event venue and Movistar’s offices.

Launched in 2008 by the then advertising freelancer Fernanda Nudelman Trugilho, Pto de Contato is a pioneer and a reference for co-working in Brazil. Born in the neighborhood of Pinheiros, it recently opened a new branch in a different area of São Paulo called Jardins.

Although it only has space for 70 co-workers at the moment, it has expansion plans and the ambition to become a true network. For clients, it’s not just about using other branches when traveling; Fernanda hopes that they will go to other cities on purpose to interact with local co-workers and attend events.

Bees Office‘s goal is to offer freelancers, entrepreneurs and students a working place where they can interact and learn from each other. It is also actively working on developing Rio’s startup ecosystem and co-organizes the monthly meetup Geeks On Beer.

As São Paulo’s Pto de Contato, it takes part in the Co-Working Visa program, which means that clients can use other participating co-working spaces when traveling. It’s also considering launching operations in other locations, possibly elsewhere than in Rio. Casco Viejo is Spanish for Old Town. Hence the name of The Casco Station, as this co-working space is located in the lively historic district of Panama City. Beyond creative freelancers, it also plans to attract new entrepreneurs. According to its founder Harold Maduro, co-working is particularly relevant in a country such as Panama, where startups tend to be bootstrapped. However, cost saving is not what matters the most; The Casco Station’s main asset is collaboration between co-workers.

Opened in February, Usina Interativa welcomes freelancers and small companies interested in co-working. The current Usina is actually the result of a merger between the old Usina Interativa and CWPOA (Co-Working Porto Alegre). The two initiatives announced a couple weeks ago that they would join forces to manage a single space, for the time being under Usina Interativa’s brand.

As for Nós Coworking, a space of 500 square meters located within a shopping mall, it also hosts other activities besides co-working. Two days ago, it welcomed the 8th edition of Social Media Day Porto Alegre (SMDPOA), which happens every two months. English classes also take place in its facilities, and Nos recently closed a partnership with a gym where co-workers can train.

Like Areatres, the name of El 3er Espacio is also a reference to the concept of ‘the third place’. Located in the area of Mexico City known as La Condesa, it welcomes freelancers and entrepreneurs. It also plays host to events such as conferences and classes. Although its opening hours aren’t very broad and limited to weekdays, it has other assets — one of which is the specialized consulting it can provide in areas such as accounting and intellectual property. If you’re still not sure you’d like to work there, you can try it for free for one day as long as you schedule your visit in advance.

If you’re into hacking, it’s also worth visiting Hacker Room, which is both a small co-working space and a place for Mexico’s startup and hacker community to get together. HubBOG, which presents itself as the first IT co-working space in Colombia, will celebrate its first anniversary in a couple days. Co-working is one of its three main activities, with education and entrepreneurship. In terms of co-working, it offers a variety of options, from desks to conference rooms. Its clients also get a discount on the training activities HubBOG organizes. Its ambition is to train entrepreneurs with the help from selected mentors. HubBOG hopes to connect the startups it hosts with angel investors and help create a local startup ecosystem. HubBOG is also a supporter of Telefonica’s acceleration initiative, Wayra (see our previous story). Aldeia means ‘village’ in Portuguese. Indeed, besides bringing the co-working concept to Curitiba, Aldeia Coworking is also trying to develop a community. Launched in December 2010 by the advertising professional Ricardo Doria, Aldeia welcomes many events that co-workers can attend after their work day.

Before going forward with his idea, Ricardo made sure that there was enough demand for a co-working space in the city. When 300 people answered his initial survey, he decided to go ahead, and Aldeia now occupies 250 square meters in the center of Curitiba. As for co-workers, their profiles are very diverse. Besides the usual programmers and designers, Aldeia also attracts lawyers, economists, architects and even one oceanographer.

This list is only a selection – you can find more Latin American co-working spaces in this Wiki Directory. However, don’t expect it to be complete as new places open all the time, catering to different niches and reaching new cities.

Have you heard of other cool co-working spaces in the region, existing or upcoming? Let us know in the comments.

Read next: In iOS 5 Beta 7, iCloud does not stream music after all