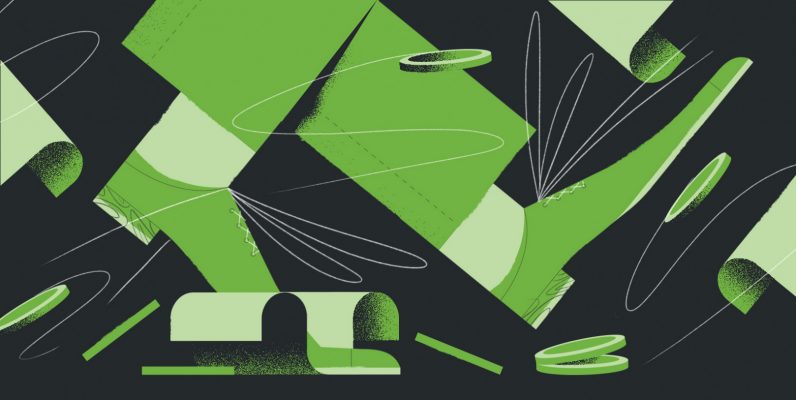 After turning your first profit, the stock market can seem like your long lost calling — why am I doing the average nine to five again? The truth is, while you can grow your investment in one day, you can just as easily lose everything by making some very common rookie mistakes.

Before you end up blowing all your money on the next Enron, keep in mind these seven investment fails.

Trading can give you the most mature adrenaline rush you’ve ever had. Sorry to say, like many other things, it’s not good for you in large amounts.

UC Davis and Berkeley Professors Brad Barber and Terrance Odean conducted a number of studies into the behavior of individual investors. They found over-trading was linked to thrill-seeking, overconfidence, desperation, and even gender. According to the study, “Men’s tendency to trade aggressively and the resulting trading costs drag down men’s returns.”

Remember, smart trading isn’t about earning boatloads of cash and spending it. Transaction fees and taxes should be factored into your planning.

2. Investing in what you know

You may have heard over and over again that diversifying your portfolio is key to making it less risk-averse. The problem is, most investors don’t seem to diversify enough. Among the cringeworthy investment mistakes Barber and Odean studied, diversity, or lack thereof, was one of them. Idiosyncrasy was the main culprit.

They found that many investors continue to have a large amount of their portfolios invested in company stock. Similarly, investors often have a preference for national and local investments over global companies which could give them greater diversity — and thereby better security.

Just to put this into perspective, Enron employees had 62 percent of their retirement assets invested in the company when it went under.

One of the worst financial decisions is to follow stock trading advice from popular TV hosts. If you’ve seen the movie Money Monster, starring George Clooney as an over the top financial analyst meets reality TV star, you’ll know who I’m talking about.

TV personalities need to make their shows entertaining by adding in as many ‘Buy Now’s!’ and ‘Sell! Sell! Sell’s’ as they can (fog horns and flashing letters help too). The sad fact is, if you hear about a ‘great opportunity stock’ on TV, chances are it will already be up in price.

The inspiration for Clooney’s character is commonly known to be CNBC’s host of Mad Money, Jim Cramer. In his typical manner, Cramer himself admitted, “This show is not about picking stocks. It’s not about giving you tips that will make you money overnight – tips are for waiters.”

4. Sticking to the Apples, Facebooks, and Amazons

Curtis ‘Wall Street’ Carroll, stock trading prodigy who taught himself how to read and trade stocks after being incarcerated at the age of 17, now teaches his own financial literacy classes to inmates and other members of the community who need a way out.

One common mistake he sees new investors make is only investing in large well-known companies.

“Buying large blocks of shares is how you can build wealth and portfolios, but regular people don’t have the kind of cash they need to buy that much stock in the big companies that are easily predictable, like an Apple or a Facebook,” Carroll explained.

Instead, he suggests buying more stock from smaller companies. While they may be more volatile, if you do your research first, it could lead to a much bigger return on your investment. According to Carroll,

“Right now, Amazon is trading at over $1,000 per share. What are you going to do, buy one share? People are doing that, but it’s not even worth the purchase. You won’t ever have enough shares to see that strategy mature. ”

5. Investing is all about cold hard cash

While ethical investing was once treated as nothing more than philanthropy, a number of studies have proven that this couldn’t be more wrong. Businesses with a focus on ESG (environmental, social, governance) outperform those with weak ESG by between 2.16 to 6.47 percent higher annual stock return.

Not only is investing in sustainable businesses profitable, Harvard Professor, George Serafeim, also argues that social pressure fueled by ethical investing can influence companies to stick to their ESG commitments.

In May 2018 the UK saw an all-time high of exchange-traded funds with environmental or social goals enter the market and perform better than their mainstream counterparts. Investors have spoken, with an increase in £138m being spent on ethical funds, compared to £32m the previous year.

It now pays to do good.

The most common trading mistake people always lament is selling at the wrong time. If you had once bought Tesla stock at $23 and quickly sold it when it hit $58, according to Lee Freeman-Shor, author of The Art of Execution, you’re the typical example of a ‘raider’.

After analyzing the investment patterns of managers within his investment firm, he characterized raiders as those who would sell a stock when it reached a 20 percent increase. He calculated that 66 percent of all investments that went up were sold around this 20 percent mark. However, 61 percent of these continued to go up in value after being sold.

The most successful investors are connoisseurs. Their strategy is to sell a certain percentage after an increase but continue to retain the bulk of their investment in case of a further rise. Even if these investors weren’t successful in picking winners, these gains made them more successful overall.

Not all of us can be trading connoisseurs, at least not right away. Social trading platform eToro came up with a solution to bridge this gap: newbie traders can directly copy the trading strategy of more seasoned investors, using an automated function on their website. Once you’ve gained enough confidence to start trading on your own, you can even start earning passive income as other users copy your portfolio.

7. Not learning from trade fails

Losing money in a trade can be tough. It’s a blow to your confidence and that can cause you to turn to either a rapid-fire trading binge, desperate to win back your lost earnings.

It’s commonly said that one of the biggest mistakes new investors make is to get emotional. According to trading psychologist, Dr. Brett Steenbarger, what’s more important is what you do with this emotion. Working with professional financial traders, he observed that there were three types of responses to losing money:

In the long run, Dr. Steenbarger found that those who went back to analyze where they messed up were more likely to be successful in the long run. Rather than emotional trading being the problem, in his view, the failure to learn from failures is the problem.

Every investment you make should be guided by analyses, logic, and planning. If even after doing this you lose out, keep in mind, the market is extremely hard to predict. You will lose some of the time, but by avoiding these mistakes, you could also win big.