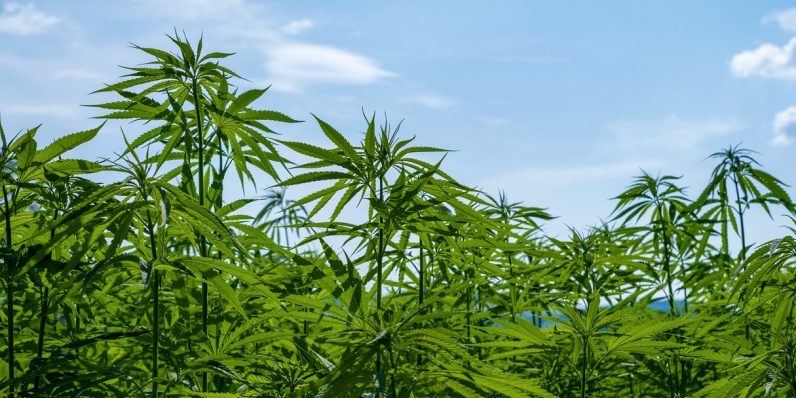 Hundreds of people across at least 25 US states have been afflicted with a mysterious lung illness linked to tainted THC cartridges. At least six are dead. Government officials and medical professionals urge people to immediately cease using these products.

While it was previously suspected that bootleg weed cartridges were to blame, recent reports indicate that even reputable manufacturers and dispensaries may be peddling a deadly product. Experts believe it’s not the cannabis or THC causing the illness, but additives such as vitamin E, PG, and PEG. These come in oil form and are used to cut THC extracts in order to make them easier to vaporize.

PG and PEG have been shown to break down into carcinogenic substances, including formaldehyde, at temperatures around 450F. Consumers regularly vape at temperatures exceeding 475F. Vitamin E oil, on the other hand, turns into acetate. Introducing vitamin E acetate into the human respiratory system is known to cause lipoid pneumonia and chronic lung illness.

Here’s the big problem: there isn’t any real oversight or regulation when it comes to consumable products in the cannabis industry.

President Donald Trump is expected to issue a ban on flavored e-cigarettes today in response to the crisis – but it’s clear that’s intended to curb teenage vaping and has absolutely nothing to do with solving the problem of chemical additives in THC cartridges making people sick.

Unless you can get your personal cartridges to a lab, there’s probably no way for you to determine if they’re safe, no matter where or how you purchased them. There are no federal regulations requiring cartridge manufacturers or THC extract providers to test for substances such as vitamin E or its derivative acetate. And, to the best of our knowledge, there aren’t any state or local regulations requiring it either.

In other words roll a joint, eat a hash brownie, or vape loose-leaf cannabis flower – but whatever you do, don’t vape liquids or oils. You should treat every cartridge as tainted until the industry is regulated and peer-reviewed research can determine the short and long-term dangers associated with the non-cannabis substances used to vape THC extract.

Related: Here’s what the actual research says about the dangers of cannabis use

There are no long-term studies on the effects of cannabis-derived THC on human health and psychology. In the strictest scientific sense, nobody should consume cannabis because there are no empirical studies on its effect. However, if you’re going to use cannabis anyway, you can mitigate your risks.

Edibles are a great option if you’re going to be making them yourself, but it’s worth remembering that the same unregulated companies making tainted cartridges also make THC-infused food products. Would you eat at a restaurant that didn’t have oversight from a local health inspector?

You can also combust cannabis – roll a joint or smoke a pipe – but that brings along many of the same risks associated with smoking tobacco products. Dabbing concentrates (flash vaporizing highly concentrated THC extracts) is not a viable alternative to vaping cartridges unless you’ve extracted the concentrate yourself. Despite what your dealer may have told you, concentrates also often have added substances and thus may produce harmful terpenes. As one study put it:

Users who practice this form of vaporization may risk exposing themselves to the pulmonary irritants methacrolein and benzene. Moreover, those who frequently use higher dabbing temperatures or who have difficulty in controlling the nail temperature put themselves at a greater risk of exposure to these toxins.

And that brings us right back to vaping. Cartridges may be off the table, but there are an increasing number of vaporizers on the market that use dried flower – the same loose-leaf you’d use in a joint or a bong.

Here’s how they work:

Because there’s no combustion (see: fire) taking place, there’s no smoke or ashes. You’re inhaling vapor the same as you would with a liquid-filled cartridge, but without oil, fatty, or acetate additives associated with the current illness outbreak.

All you need to vape flower is a vaporizer and some herb, but you’ll need a vape that’s specifically intended for use with leaf. Otherwise you’ll end up setting your weed on fire, damaging your vape, or both. A Google Search for “dry herb vapes” or “loose leaf vape” should bring up dozens of results. They retail for anywhere between $60 and $400, and quality varies across devices. Here’s TNW’s review of the Pax 3.

We’ve said it before but until prohibition is lifted and researchers are able to use actual cannabis in long-term studies with human subjects, it will be impossible to properly regulate the industry for safety.

Thousands of years of traditional cannabis consumption has resulted in zero deaths, but in just a few short months the Wild West weed bonanza’s lawlessness has cost at least six people’s lives and made hundreds sick.