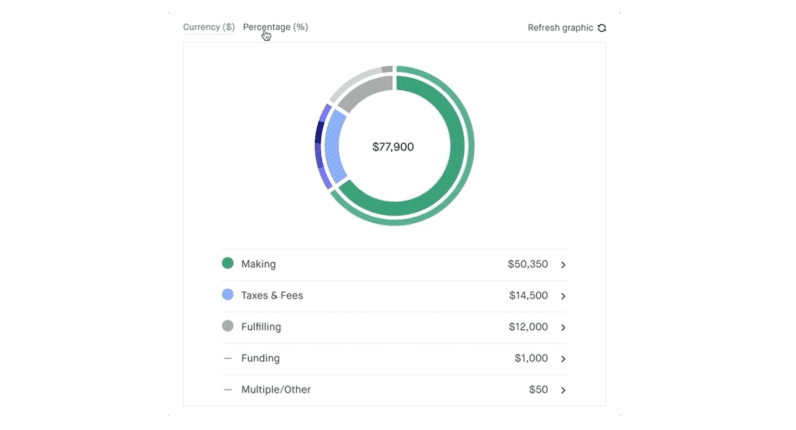 We’ve all seen it happen: a crowdfunding project makes a ton of money and gets rave press only to get delayed by months, years, or never ship at all. Today Kickstarter is launching a ‘Project Budget’ tool that hopes to minimize these occurrences by letting creators share a project’s budget publicly.

While Kickstarter launched a Funding Calculator tool earlier this year, this was a private feature for creators. The Project Budget uses this data and displays it publicly on a product’s campaign page, forcing a degree of accountability and reminding creators of expenses they might not have fully considered.

According to The Verge, projects that share a budget are more likely to be featured on Kickstarter’s homepage. They’ll also display a badge that will tell backers its creators are trying to be more transparent. For backers, it should provide some added peace of mind and help them hold creators accountable.

Of course, this all depends on project creators actually being honest; Kickstarter isn’t verifying the budgets and expenses themselves, but it’s a step in the right direction. Kickstarter says it will compare estimated costs with final costs in order to provide more accurate budget predictions in new projects.

The feature will roll out first to the Design and Technology categories, but budget templates will be available for other categories “in the near future.”