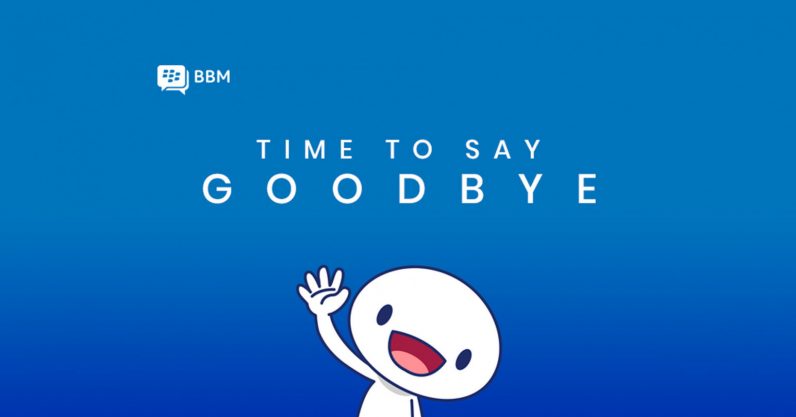 Before there was WhatsApp, Facebook Messenger, or WeChat, there was BlackBerry Messenger. Launched in August of 2005, BBM was the first popular mobile chat to pull people away from text messages or desktop clients.  Nearly 14 years later, the service will meet its end – unless you pay up.

Since 2016, BBM has been managed by Emtek, which today announced the service would be shuttering on May 31 – at least the consumer version most people use. You can download the enterprise version of the app in the Play Store – and Apple’s App Store soon – but it’ll cost you $2.50 every six months (the enterprise version adds encryption, message editing, and a few other features). To entice users to stay on, Emtek is offering the first year free, but you’ll have to pay up after that. Given dwindling users are the reason the service is shuttering, I can’t imagine many will.

BlackBerry Messenger initially grew in popularity due to its convenience and cost-effectiveness on mobile devices. Back when it launched, phone plans had text message limits and/or, and it was often cheaper to simply send a message via data – not to mention BBM added features not available in texts. But the app was long exclusive to BlackBerry devices; by the time it launched on Android and iOS in 2013, the world had largely moved on.

It’s a sad end to the once-iconic service, but not particularly surprising. For more on the announcement, head on over to the source link below.

Read next: Live streaming is overdue for an overhaul — here's why