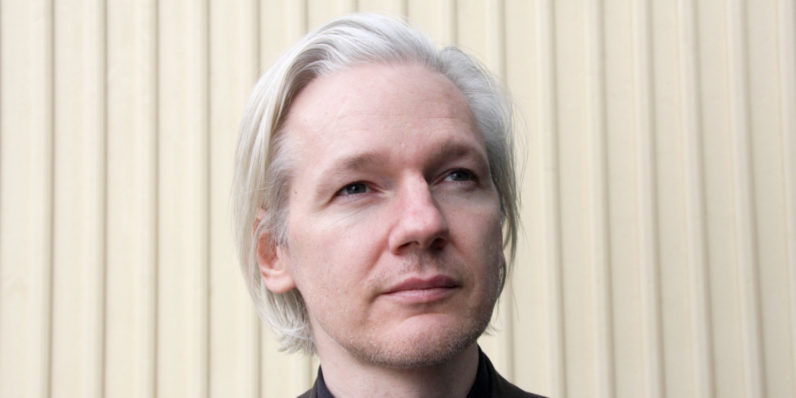 It’s been a wild day, not least for Julian Assange, who woke up a political asylum seeker under Ecuador’s protection, and is now sat in a Central London police cell, presumably being grilled by the Met’s finest.

At first, we thought his arrest was merely because Assange broke the terms of his bail in 2012, back when he was facing removal to Sweden over alleged sex crimes. Indeed, that’s what the London Metropolitan Police claimed. But now, a few hours after the fact, we’ve learned that the controversial WikiLeaks founder is subject to a US extradition request.

Assange is being charged in the Eastern District of Virginia with conspiracy to commit computer intrusion. This alleged incident dates back to 2010, and relates to the unauthorized release of US diplomatic cables – commonly referred to as “Cablegate.” The indictment has since been unsealed. If you’re curious to see the US Government’s case against him, you can find it here.

In short, it’s claimed that Assange assisted Chelsea Manning in breaking a password required to connect to a secure US government network, called SIPRNet (Secure Internet Protocol Network). This password allowed Manning to obfuscate her activity on the network, thereby avoiding detection by army officials.

Indeed, it worked for a while. Manning wasn’t caught by the result of an intelligence or digital forensics effort. She only found herself in cuffs after she made the decision to confide in notorious computer hacker Adrián Lamo, who subsequently turned her in to US Army investigators.

The indictment accuses Assange of communicating with Manning in real-time while she obtained classified US government materials, as well as encouraging her to obtain more documents for the organization. A press release issued by the Justice Department contains part of their interactions:

During an exchange, Manning told Assange that “after this upload, that’s all I really have got left.” To which Assange replied, “curious eyes never run dry in my experience.”

If convicted, Assange faces up to five years in prison. There’s no guarantee that he won’t face additional charges further down the line.

Read next: Scientists: Earth might be ripped apart by gravity when the Sun dies