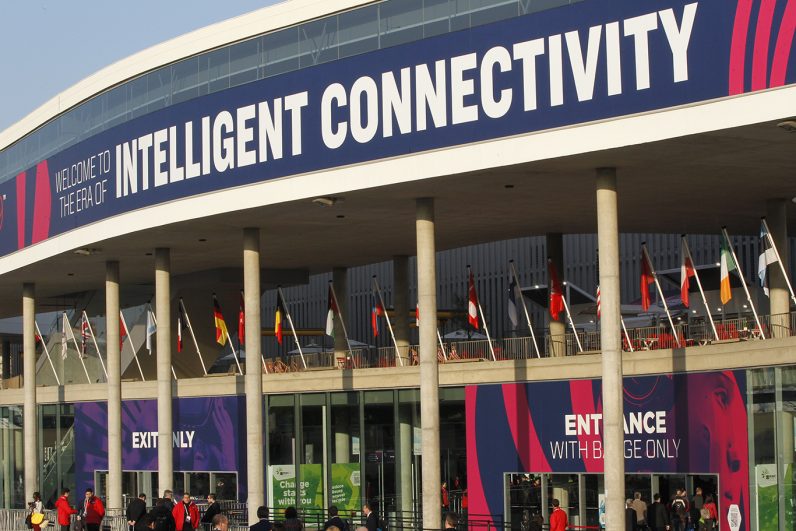 Sweaty. Hot. Crowded. Uncomfortable. I could be talking about a Thai prison, but I’m not. This is Mobile World Congress, arguably the biggest event in the smartphone calendar. Over three days, over 100,000 people will flock to the balmy and beautiful city of Barcelona to discuss all things tech.

This is my first time covering the event. I usually make a point to avoid trade shows, simply because they’re always a bit miserable. This year was different though, and the temptation to see the first generation of foldable smartphones made me bite the bullet.

Before I set out, I wanted to make sure I wasn’t going in blind. I reached out to friends who were veterans of the event and asked for essential survival advice. I’m going to share it with you here, because it’s actually really solid.

The most frequently repeated nugget of counsel from my journalistic peers was to wear comfortable shoes. That’s because the venue for MWC venue is massive. Walking from one end of the conference to the other takes at least 20 minutes. It makes the London Excel look a bit like a quaint church function room.

As one fellow hack warned me, “don’t be thinking of breaking in some new Brogues. They’ll break you.” I took his advice and showed up in my most tatty – but comfortable – pair of white trainers.

Admittedly, I looked like a trash gremlin, but that’s one of the perks of being a journalist covering the tech sector – nobody really cares what you look like. If I wear a pair of clean Converse shoes and an ironed button-down, I’m dressing up. Not that I ever do, mind you.

Eating at MWC isn’t easy. There are a handful of kiosks and restaurants spread out through the venue, but they’re always swamped with massive queues. You can easily spend the best part of an hour waiting to buy a horrendously overpriced sandwich. I don’t know how long I spent in line at the Salesforce Garden (really).

🎵I'd like to be 🎵
🎵under the sea 🎵
🎵in a Salesforce's garden🎵
🎵in the shade. 🎵 pic.twitter.com/VAbMyOaabv

It’s therefore essential to bring your own snacks. Anything with the carbs is a good shout. You’ll need the sugar to get through the hours of briefings and endless walking. I brought a few cereal bars. When I finally got out, I headed straight for McDonalds. There’s something about a hot meal after a day of near-starvation to make you feel almost human. Even if it is… y’know. McDonald’s.

Don’t drink too much. You’ll regret it later.

Speaking of queues, expect lengthy waits to do your afternoon constitutional. That’s to be expected with an event that attracts 100,000 people, but it’s still fairly unpleasant.

Ah, MWC. The place where the queue for the toilets is actually longer than a Peter Jackson film.

MWC is a great opportunity to get your grubby mitts on the latest and greatest smartphones before anyone else. The problem is, other people are touching them too, and who knows if they’ve washed their hands after they went to the toilet.

Hand sanitizer is a great way to kill the bacteria lingering on your mitts after you’ve had a hands-on. And wipes can help you remove smudges and fingerprint marks from devices you’re photographing.

Be wary of pickpockets

Barcelona has a reputation for being a den of pickpockets. It’s, I’m sad to say, a reputation that’s entirely deserved. In 2009, TripAdvisor users rated the city the worst in the world for pickpocketing. Between January 2018 and August 2018, the city’s police force reported 146,446 crimes, with petty theft making up the bulk of those numbers. This represented a 19 percent rise of the previous year.

Things seemingly get worse during MWC. You can guess why. For the city’s criminals, the attendees of MWC must present a tempting target. You can assume they’re more well-off than the usual tourists, and odds are good they’re carrying laptops and high-end phones.

MWC attendees, be vigilant of people who bump into you here.

Just had my Pixel 3 XL pickpocketed by a few guys pretending to be drunk and bumping into me looking like they were trying to pick a fight.

So, you’ve got to be vigilant. Avoid Las Ramblas like the plague. Don’t flash your valuables about. The local police encourage MWC attendees to refrain from wearing their conference badges while outside of the venue. It’s pretty good advice. You should take it.

MWC is massive and walking between halls takes time – even when the crowds aren’t too bad. Therefore, don’t pack your schedule minute-to-minute. Leave comfortable gaps between briefings and meetings. One fellow journalist suggested I leave gaps of thirty minutes between appointments. That, if anything, was a bit conservative. I can’t stress how easy it is to become lost in the labyrinth of La Fira.

I'm so lost. MWC is a bit like the Crystal Maze, except the bald kiwi guy has been replaced by 100,000 tech execs in suits.

Even if you’re in the correct conference hall (MWC has eight halls, each the size of a small village), it can take time to find the right meeting room. Give yourself that time.

Finally, enjoy yourself. MWC is hard work, but it’s without a doubt a privilege to meet the greatest minds in mobile, and to see the newest advances in consumer technology before anyone else. I know how lucky I am to be here.

If you can fight through the hunger, the tiredness, the claustrophobia, the experience is ultimately really rewarding. I can’t wait to share with you, the reader, what I see.

Read next: You're thinking about foldable phones all wrong