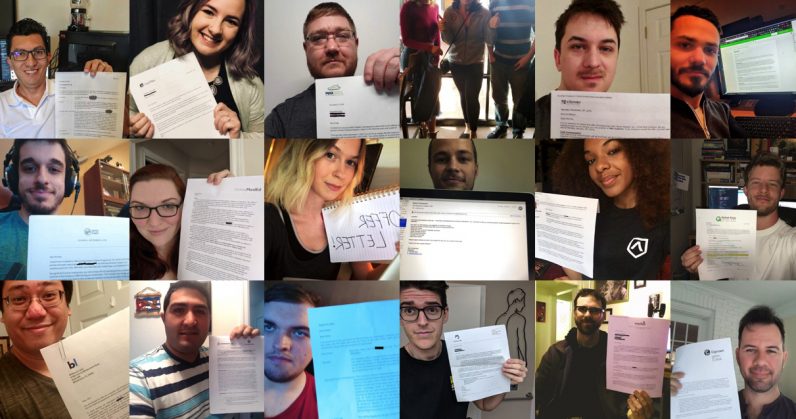 Before the cap even lands after graduation, American students are met with a stark realization: they owe someone, somewhere, a lot of money. Worse, their degree offers few assurances. While colleges have proven great at cashing tuition checks, many fall well short of serviceable in terms of job placement.

Austen Allred imagines an education without all the risk. Allred, just a few years past college-aged himself, is the founder of an education startup called Lambda School that’s disrupting the traditional education model and captivating Silicon Valley.

Lambda School, a Y Combinator-backed alternative to a four-year university, focuses on job training and placement rather than caps, gowns, and extracurriculars. Launched in 2017, the school has already raised nearly $50 million by occupying the middle ground between coding bootcamps and traditional colleges.

“The key to everything is eliminating the risk of failure for the students,” Allred told us in a recent phone call. His a-ha moment came in the form of a student poll, one that asked those enrolled at Lambda — then a paid-up-front online coding bootcamp — what the school could be doing better. Risk, he learned, was a major friction point among his students. So he sought to remove it.

Unlike a traditional university, Allred figured that Lambda School should have some level of skin in the game. It was an investment in Lambda’s students, Allred learned, that would prove to be its biggest selling point. If the aim is to place tech’s next generation of developers and engineers, Lambda must first convince students that it’s up to the task.

“Unlike most schools, we’re not cashing a check when students walk in the door,” he says. “We lose money on each student on day one.”

At more traditional schools, it’s the students losing money on day one, and often long after.

On average, per The Institute for College Access and Success, nearly 70 percent of those with a bachelor’s degree graduated with some form of debt. The average was north of $30,000 per borrower. For those attending a private college, that figure might cover their freshman year.

Forward-thinking bootcamps have taken over the US, luring would-be developers and engineers with lower costs and more project-focused training that they’ll one day put to use. It’s an attractive alternative to college, with a streamlined concentration of classes that require fewer monetary and time commitments than traditional universities. On average, bootcamps last in the neighborhood of 14 weeks, with some taking six months or longer.

But many experts believe that the rapid expansion period for coding bootcamps is beginning to flatten. For the fast-movers in the education industry it was, ironically, a failure to adapt that led many to close their doors. According to one analyst we spoke with, the commoditized education often focused on entry-level skills for jobs that required more advanced graduates. Placing these students became a challenge.

Allred’s solution, he said, was born of a desire to solve a problem, not of a calculated risk/reward scenario. He settled on a deceptively simple alternative to the traditional debt model called an Income Share Agreement, or ISA.

Instead of charging an upfront tuition in the form of cash, loans, or scholarships, Allred instead adopted a model that allowed students to study for free while promising to pay back the tuition later — after they were placed in a job paying $50,000 or more a year. Those who washed out of the program, or those Lambda wasn’t able to place, owed nothing.

For those that do secure employment, the ISA requires them to pay back 17 percent of their income to Lambda School for two years after being hired. Payments are capped at $30,000, meaning students who earn more aren’t penalized for landing a better job. There’s also the option to pay $20,000 upfront, with no income-based repayment plan.

Allred says Lambda currently places 83 percent of its graduates at companies ranging from Google and Uber, to Home Depot and AIG. As for starting salary, graduates can expect to earn an average of $70,000 nationwide, and $130,000 in San Francisco.

For those willing to devote six or twelve months to the program — which currently includes a number of tech-centric “tracks” focused on data science, development, and cybersecurity (later this year) — Allred encourages you to give Lambda School a look.

It’s clear that alternative paths to education are sorely needed in the United States. Some 44 million Americans owe more than $1.4 trillion in student loans. For these people, the debt is a ball and change they’ll carry for years, sometimes even decades. It’s the type of debt that pushes 20- and 30-somethings to live with their parents; it keeps apartment dwellers from buying homes; and some have all but given up on their dreams to start a family.

If you believe those most likely to tell you about it, millennials have killed everything from the wedding industry to the automotive industrial complex. And student loans deserve a bulk of the blame.

Whether Lambda School provides the roadmap for others in this space remains to be seen. But it’s a good start.

Read next: Kingdom Hearts 3 doesn't care if you're not caught up, and that's great