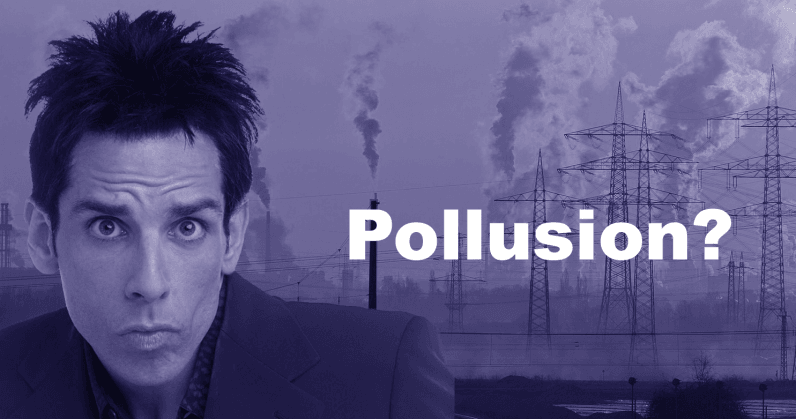 Air pollution could be a leading cause in a societal reduction in intelligence levels, according to new research.

A study conducted in China — with relevance worldwide — revealed that high pollution levels led to significant drops in test scores in language and arithmetic. On average, the researchers say, those breathing unsafe air, on average, lose the equivalent of a year’s worth of education due to harmful toxins.

It gets worse. According to a previous study, 95 percent of the world’s population could be breathing unsafe air.

“Polluted air can cause everyone to reduce their level of education by one year, which is huge,” said Xi Chen at Yale School of Public Health in the US, a member of the research team. “But we know the effect is worse for the elderly, especially those over 64, and for men, and for those with low education. If we calculate [the loss] for those, it may be a few years of education.

According to the World Health Organization (WHO), more than 4.2 million people die each year from exposure to ambient (outdoor) air pollution and 91 percent of the world’s population lives in places where air quality exceeds WHO guidelines.

Published in the journal Proceedings of the National Academy of Sciences, the work analyzed language and math skills as part of the China Family Panel Studies on 20,000 people across the country. The study took place over four years, between 2010 and 2014.

Scientists compared the test results with environmental records of nitrogen dioxide and sulphur dioxide, and found that the longer people were exposed to toxic air, the more damage it did to their intelligence. Those over 64, according to researchers, were most at risk — although drops in intelligence were indiscriminate, affecting male and female, old and young.

To rule out correlation, the study followed the same individuals over multiple years as air pollution levels ebbed and flowed. It provided a natural control, of sorts, a way to control the group for other causal factors like genetic differences and gradual declines in cognition that come with age.

“[It is] the same wherever you live,” Chen told The Guardian. As human beings we have more in common than is different.”

Read next: Streets of Rage 4 will revive the iconic 90s brawler with fresh graphics and mechanics