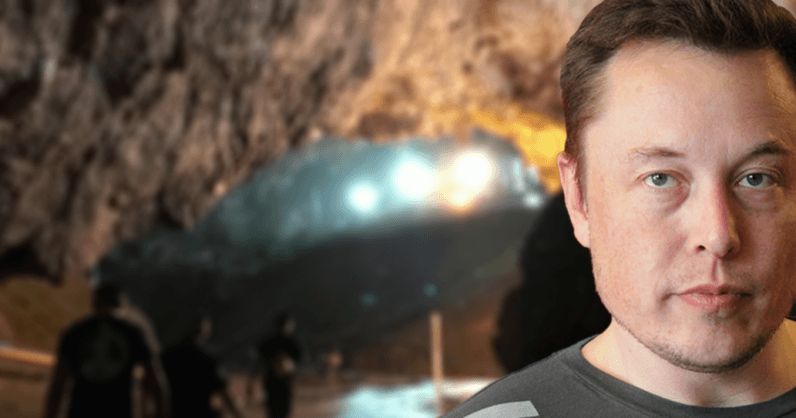 I’m going to keep this short and sweet. It’s a topic that I could write a book on, and one that could easily send me down a rabbit hole that only ends after multiple alcoholic beverages, dozens of open tabs, and a few thousand words of ranting type.

Look, we get it; it’s become fashionable to bag on Elon Musk. He’s a man that’s seemingly lost his goddamn mind, turning on journalists, and attempting to insert conspiracies into the stories of anyone who dares question his once loved Tesla brand. It’s a page out of the Trump playbook, and if you didn’t know better, you’d assume Musk wrote it.

He’s an asshole, or at least he’s become one. Money breeds this sort of eccentric behavior in some, and I suppose it’s only a matter of time before anyone living inside a bubble of rich eccentrics becomes one himself.

But you can’t have it both ways.

After Musk tasked SpaceX and Tesla engineers with building a mini-submersible in an attempt to rescue 12 boys and their soccer coach from a flooded cave in Northern Thailand, he was openly mocked for his efforts.

On the one hand, we can level criticism on Musk for reasons that are entirely fair: missed production targets, a seemingly aloof attitude that sometimes leads to grand visions with flawed execution, or his propensity to manage both personnel and product failures by blaming the press for covering them. You can argue that Tesla is a failed experiment, or that Musk is no longer the man to see his vision through, the sort of sociopathic rich jerk that breeds contempt in all but his most fervent followers, a la Travis Kalanick, or even Martin Shkreli.

As criticism goes, this is all fair game, a crucial part of being a journalist that doesn’t get his rocks off on rewriting press releases and parroting PR announcements.

But what you can’t do is be the sort of armchair quarterback that openly mocks a man for getting off his ass and doing something to solve a problem. This is the side inhabited by cynics, the aggrandizing bastards of the world who have nothing better to do than poke fun at someone attempting a solution, however flawed.

In the end, I suppose it’s a moot point; Thai authorities rescued the boys without the assistance of Musk‘s submarine — which arrived a little late, and was thought to be an ineffective tool to complete the rescue. But the fact remains, Musk delivered a working submersible in around 30 hours in an attempt to solve a very real problem, a problem that undoubtedly costs hundreds of thousands of his own money in materials, research, and man hours.

There are a plethora of reasons to shit on Musk. Why are we choosing the one that’s worthy of praise?