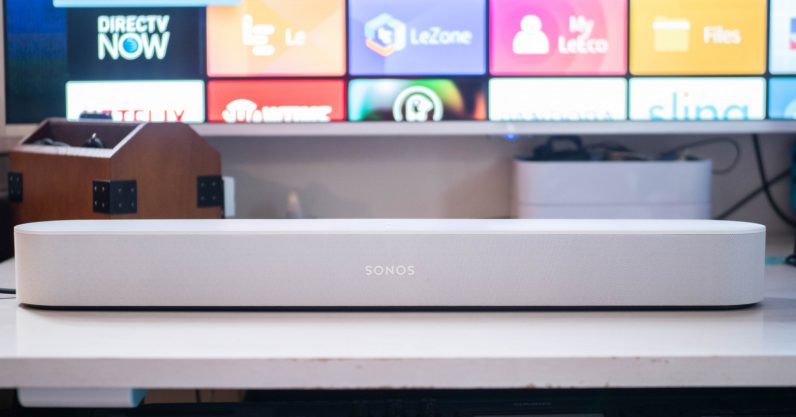 Sonos is preparing for an IPO, filing to go public with the SEC. The company set a placeholder value of $100 million, although that number could change before the IPO.

The filing gives us our best look at Sonos sales so far. The company made nearly $1 billion in revenue in the past fiscal year, although it had a net loss of 14.2 million.

Sonos cited its net losses and competition from the likes of Apple, Amazon, and Google as potential risk factors, noting how it depends on these companies for some of the features its own speakers provide.

On the other hand, Sonos notes its brand loyalty and satisfaction as an asset: 61 percent of customers own more than one Sonos product, and most of its customers end up buying more speakers down the road. As spotted in the filing by former TNWer Owen Williams, customers who initially bought one Sonos speaker end up with an average of 2.4 speakers. Those who buy multiple speakers start with an average of 2.9 speakers and end up with 4.9.

Last but not least, I think this is a compelling reason Sonos is interesting: more than half of customers buy a second product, and those who start with multiple end up with 4.9 over a few years. Solid endorsement for how long they last. pic.twitter.com/qKDEbqGXSy

And while Sonos’ does compete against companies that provide some of its services, Sonos is also unique in that its products are relatively platform agnostic. For instance, Sonos promises to eventually work with Google Assistant as well as Amazon Alexa. AirPlay 2 is on the way as well, giving users the flexibility to opt for the service of their choice. If it keeps on putting out excellent speakers, I think it will be just fine.

Read next: A tale of two Elons: Why this superhero should get banned from Twitter (but won't)