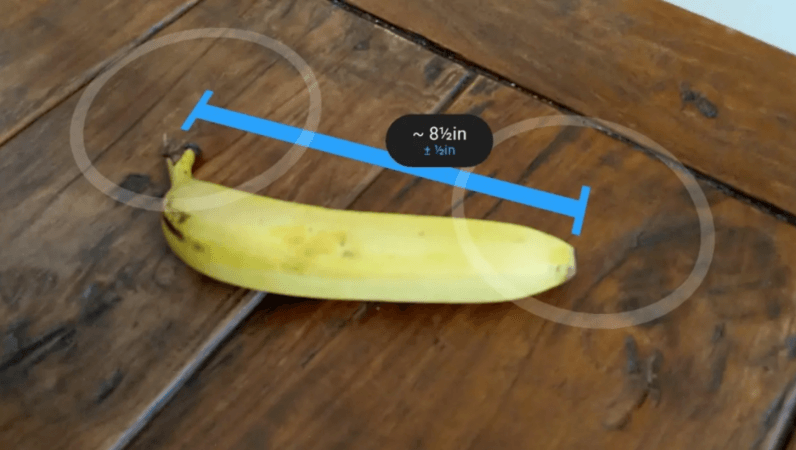 Back at WWDC, Apple announced it was giving every iPhone a ruler in the form of an AR app called Measure. Now Google is firing back with an app also called Measure.

Actually Google technically beat Apple to the punch. Measure has been available for a while on Tango devices (remember Tango?). But this is the first time Google has felt confident enough in its AR tech to bring it to other Android phones.

The app works with any phone that’s compatible with Google’s AR Core platform, which includes most recent flagships. It’s simple enough: move your phone around a bit to analyze a scene, then drag a virtual line over the object you want to measure.

It seems pretty accurate in the few minutes I played with it on my Pixel 2 XL. I wouldn’t suggest using it for jobs where tolerances are critical, but it’s certainly good enough for rough measurements in a pinch.

It just goes to show how much improvement there’s been in the AR space in recent years. These types of measurements used to require specialized hardware and depth sensing cameras. Nowadays, processing is good enough that you can get workable results from a plain old camera.

And it’s only going to get better. Who knows, someday plain old rulers may go the way of the abacus. You can check if your device is compatible with AR Core here, and download the app from the Play Store.