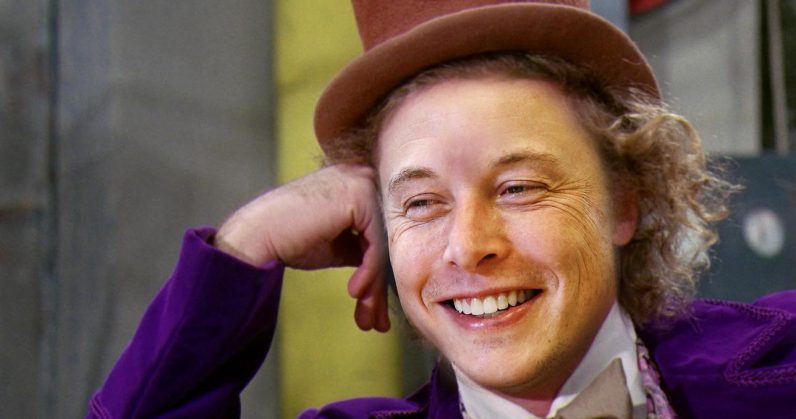 When you’re a billionaire making a fortune off rockets, large-scale tunnel borers, and solar energy, how do you come up with the next world-changing business? Simple: you try to prove another billionaire wrong when they throw shade at you.

Or, at least, that’s the route Elon Musk is taking.

Following an odd quarterly earnings call last week during which he dismissed some analysts’ questions, the Tesla CEO shot down the idea of moats – a way for a company to protect itself from its competition. That drew criticism from investor Warren Buffett, who’s currently the third richest person on the planet.

Buffett commented on Musk’s stance on moats at a Berkshire Hathaway shareholder gathering over the weekend, saying:

There are some pretty good moats around.

Buffett’s Berkshire Hathaway, which owns a bunch of big companies including Heinz and Geico, acquired See’s Candies in 1972. According to Fortune, See’s, which operates more than 200 stores across the US, has a strong moat in the form of a loyal customer base on the west coast, which makes it hard for its competition to snatch a slice of its market share there.

That was enough to prompt Musk to promise to launch a new business venture:

I am super super serious

Honestly, there’s every chance that Musk could indeed simply be making a joke – so don’t hold your breath for a revolutionary new brand of candy. It also seems like his time might be better spent elsewhere, like fixing contractor relationships over at Tesla.