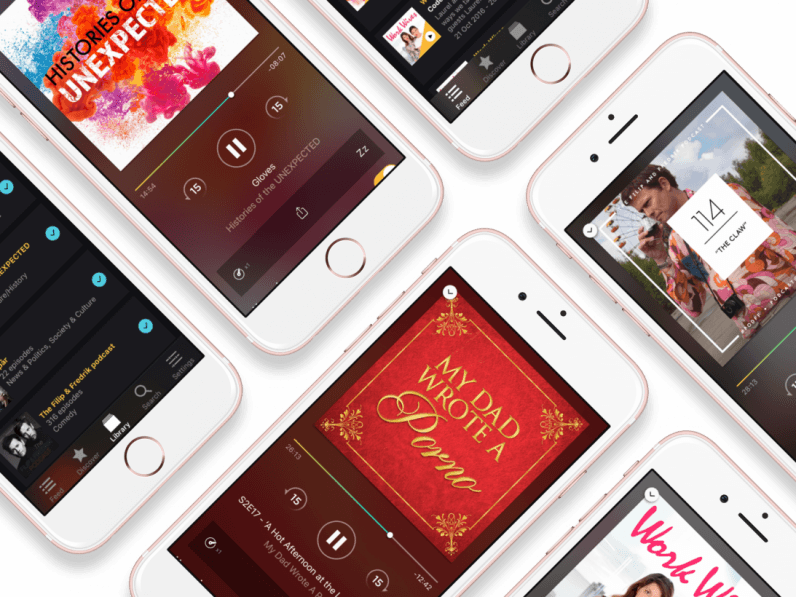 Acast is a Swedish audio technology company founded in 2013 by Karl Rosander, Mans Ulvestam, together with co-founder Johan Billgren. Over the past three years, the company has grown by more than 1,900 percent, making it to the Swedish Tech5 finale both in 2016 and 2017.

On Acast, you can listen to well-known shows like The Football Ramble or The Adam Buxton Podcast and there’s even a whole section of the app that is dedicated just to kids programs, kind-of an audio equivalent of the Netflix account for children.

Acast is then another “digital Viking,” a term that describes Swedish startups that are in the business of making content — films, TV series, games, etc. — valuable again after we got accustomed to have it for free thanks to PirateBay and similar ‘solutions’.

To find out how Acast is making podcasts easier to monetize, I reached out to its CEO Ross Adams, its CTO and co-founder Johan Billgren, and it CSO Leandro Saucedo. Together, they gave me a 360-degree view of what the company is doing and where it wants to go.

TNW: So, also Acast is a “digital Viking”…
Ross Adams: Yes, even though Acast’s case is peculiar. Podcasting isn’t a sector that had to deal with massive piracy. It’s not like music that first was profitable and then almost all of a sudden not anymore. Podcasts didn’t even exist in the form they’re known nowadays. For us, the challenge was: how to make money out of these apparently worthless audio files?

And how did you solve this challenge?
Ross Adams: The answer was better ads. Podcasts have attentive listeners. When you launch an ad, you have your listeners’ ears for 10 seconds and you don’t want to lose the opportunity on shouted ads. You have to convey your message in a different way.

Ok, flash-back to the origin. How did it all start?
Johan Billgren: It was 4 years ago, just before Serial became a hit. We realized that the podcast market was booming but there was no functioning model at all. We wanted to create a platform that was the best of all possible worlds for marketers and customers alike.

What is something you’re really proud of as a company?
Johan Billgren: When we launched Acast, all other podcast platforms used the number of downloads as the standard metric. We knew that it was a broken model because it didn’t provide any relevant insights for advertisers. Still, our new approach didn’t pick up steam from the beginning. We’re proud that we stuck to our ideas because at the end it paid off.

You recently signed a huge deal with Ford. What is it about?
Leandro Saucedo: Acast will be pre-installed in Sync 3, Ford’s entertainment system. In the world we imagine, in your car you’ll have two alternatives: Spotify for music and Acast for podcasts. Even more, cars will be the first environment where voice-first technology will take hold. Homes will come later.

It seems that Acast will evolve into something more complex than a podcast platform.
Leandro Saucedo: That’s right. We strongly believe that voice will be one of the most important interfaces in the near future. Just look at how many Alexas were sold over the last Christmas period. In general, devices that have speech as main interface are mushrooming everywhere. In such scenario, Acast wants to be for audio what Netflix and Youtube are for videos, namely the provider of content. I assume there will be a hell of competition but we are well positioned to dominate the sector.

Now a question from one of the founders that I already interviewed for this series of Growth Stories. Raymond Klompsma (CEO, founder srprs.me) asked: “What’s an advice you’d give to your 19-year-old self?”
Johan Billgren: I’d tell him to listen more. You can learn a lot from listening before you start speaking.

Well, no wonder you founded this company.

Read next: Start creating better images and pictures with Adobe Photoshop — bootcamp it now for only $29