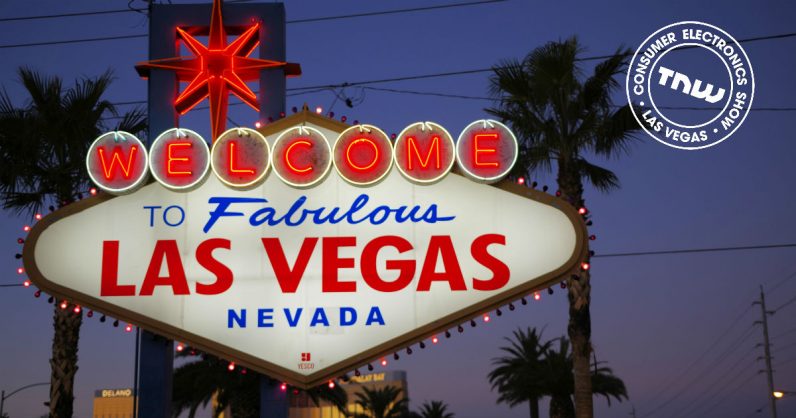 Uber and Lyft may have driven into a problem, at least in Las Vegas.

For years, the city’s taxi drivers raged about losing fares to upstart competitors with better technology and cheaper rates. For years, Uber and Lyft capitalized on this to cannibalize not just the taxi industry, but each other as well. There are no winners in war. And although the biggest loser has, to date, been the taxi industry, Uber and Lyft haven’t exactly won, either. By refusing to play by the same set of rules, each seems to have backed itself into a corner and given taxi drivers the upper hand once again.

For CES-goers this year, it’s not hard to spot the problem. Uber and Lyft rely on convenience. Between the event itself and the hotels we find ourselves coming and going from each day, it’s become a bit of a pain to fire up our favorite ride-sharing app to jaunt around the city.

Take the airport, for example.

At Mccarran International, those seeking a ride can simply walk out the front door and hail a cab. For Uber or Lyft passengers, it’s a bit more complex. First, there’s no clear signage pointing to a pickup area, although I’m told it does exist. After asking, you’ll find that it’s across the walkway, and depending on where you exit, you may even have to enter the parking garage and go up a level.

It’s not the Boston Marathon, but stripping convenience from apps that rely on being the most convenient option isn’t doing either of them any favors.

The inconvenience doesn’t stop at the airport; it happens at most hotels too. Taxi pickup is often directly in front of the hotel, under a pavilion, and usually next to some type of climate control device. The ride-sharing companies, however, often have to deal with long walks either to the back or side exit. At least once I was caught standing in the rain after walking 15 minutes to the rear exit to hail a Lyft.

Just last night I had a man in front of a major hotel on the strip tell me he could put me in a taxi “right now” or I could walk 2o minutes to the back of the building to stand in the rain and grab an Uber.

I opted for the taxi and paid nearly double for the ride.

Today, when faced with the same inconvenience at the Las Vegas Convention Center, I toughed it out and walked over a quarter of a mile (based on step tracker and Google data) in the rain rather than standing under the pavilion at the convention center, like all those who were obviously much smarter than me.

My Lyft driver, who preferred not to be named, confirmed the ride-sharing bias. She claims both companies have been treated with hostility in recent months, fined for dropping off passengers in zones formerly designated as drop off points, and forced to pick up picking at ever-increasing distances from formerly convenient access points.

The taxi industry is still able to pick up or drop off at the same locations they have been for years.

This is Sin City, after all. In a town built by mob money and union influence, it was always unlikely taxis would just fade away. In recent years, they’ve done exactly the opposite and waged war on what they deem parasitic competitors that play by a different set of rules.

I took a taxi to speak with the driver about just that.

The driver preferred not to be named but confirmed that the taxi union has mobilized against app-based services in recent years. The man claims both are making up their own rules, and neither requires background checks, insurance, or a business license.

While not entirely correct (both Uber and Lyft require background checks and insurance), he’s not wrong about the business license — although that too has recently changed. Both ride-sharing services will soon require drivers to obtain a $200 license. They have until October 1, 2018 to comply.

As part of a plan to get tough on ride-sharing entities, the taxi union requested a so-called “Christmas tree” of regulations, such as a business license, annual FBI background checks, random drug and alcohol screenings, and an end to “excessively low or predatory pricing.” The latter would seem to suggest surge pricing and lower anti-competitive rates generally offered by both services.

For now, the taxi union will have to settle for the business license. Uber and Lyft drivers, have no real recourse aside from costly legal battles challenging the state-enacted legislation. It’s a battle won, even if not in full, for the taxi industry.

Without the power of a union to negotiate on its behalf, Uber and Lyft could face a much murkier fate. The ride-sharing companies are being challenged on the front that matters most, convenience. And it’s unclear whether passengers are willing to swallow the pill that sees them taking the less convenient, albeit cheaper option.

If CES is any indication, most are happy to remain warm and dry in a taxi line. And those that did, ironically, waited an hour-plus for the “convenience” of paying more and walking less. But I walked three-tenths of a mile in the rain, so what do I know?

Read next: Blockchain will never succeed if it’s completely decentralized