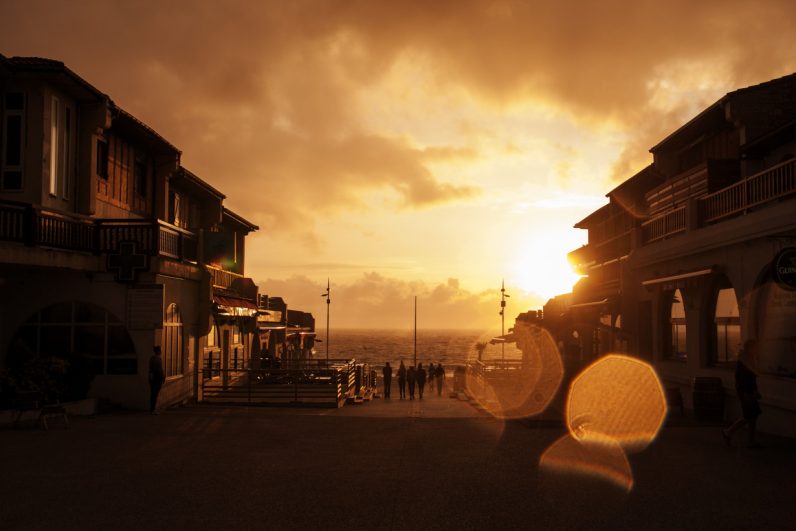 Remnants of a boom that transformed the town more than a century ago are everywhere. A mine headframe still protrudes from the roof of the bookstore, which was previously a grocery. The butcher used to toss unwanted bones down an abandoned 350-foot shaft in the middle of the shop floor and keep meat cool in its lowered mine cage.

While the last silver mines closed almost 30 years ago, a global push for the village’s namesake metal is promising to breathe new life into the sleepy town 500 kilometers (300 miles) north of Toronto. The whitish element (which “blooms” pink when exposed to air) was initially ignored by the area’s prospectors and later mined mainly as a by-product of silver. Now, global demand for cobalt, a component in batteries used to power electric cars for automakers from Tesla Inc. to Volkswagen AG, is changing the game.

Call it a cobalt rush in Cobalt.

“This area’s seen more airborne surveys in the last year than in the last hundred,” said Gino Chitaroni, a local prospector and geologist. “Two years ago, if you had a cobalt property you couldn’t give it away. All of a sudden, within six months, everything changed.”

Cobalt, both the town and the metal, are attracting renewed attention as a buffer to rising political risks in the Democratic Republic of Congo, which accounted for more than half the world’s 123,000-ton production in 2016, according to Natural Resources Canada. China and Canada were a distant second and third, each contributing roughly 6 percent of supply, followed by Russia and Australia. But as concerns grow about country risk in the DRC, even as demand swells, those smaller players stand to benefit.

“Anybody who has cobalt outside the DRC is in a better situation because carmakers are very worried about their supply chains,” said Roger Bell, director of mining research at Hannam & Parters in London. Bell believes the amount of cobalt being used in electric cars could easily double in the next eight to 15 years. “Even in the most conservative assumptions, you’re looking at maybe a 20 percent gap between supply and demand for cobalt by 2025.”

Stock investors betting on cobalt are already benefiting. First Cobalt Corp., a Canadian miner exploring in the Cobalt area, has soared 90 percent this year. Cobalt 27 Capital Corp., another miner based in British Columbia, has jumped almost 600 percent. Neither company has any revenue.

The heightened interest in the metal is evident in Cobalt. Earlier this month, two dozen investors, bankers and hedge fund managers from as far away as Shanghai boarded a chartered plane and then a bus from Toronto through the autumnal splendor of Ontario’s boreal forest. Their host was First Cobalt, a Vancouver-based miner that recently abandoned the Congo in order to secure more land around Cobalt’s old mining camp.

“We’ve got some of the biggest resource companies in the world interested,” said Trent Mell, First Cobalt’s chief executive officer, fresh from eight weeks of travel through the U.S., Europe, Australia and Asia pitching his company to investors.

Given that early prospectors more or less tripped over the abundant silver deposits, the area is largely a blank slate when it comes to proper exploration, he said. Although cobalt was later extracted from the area, notably by Toronto-based Agnico Eagle Mines Ltd. until the late 1980s, Mell believes much remains undiscovered, particularly at the site of failed silver mines. Both metals are even part of Agnico’s name, which comes from the periodic table symbols for silver (Ag), nickel (Ni) and cobalt (Co).

Yet it was silver that first drew prospectors to Cobalt 115 years ago. Contractors looking for lumber to expand the Canadian railroad discovered visible silver in the loose rock. Within two years, 600 prospecting licenses had been issued and by 1907, that had swelled to almost 10,000, according to records housed in the Cobalt Mining Museum. The newly born town was simultaneously cosmopolitan and raucous: while mine owners enjoyed an opera house and a gentlemen’s club, their employees let off steam at “blind pigs,” illegal watering holes named for the unfortunate animals on which bootlegged alcohol was tested.

Fortunes were made with little mining expertise because rich silver deposits lay so close to surface. In 1911 alone, more than 31.5 million ounces of silver were pulled out of the “camp,” roughly one-eighth of the world’s production, according to a book on the area written by historian Doug Baldwin. Speaking to Toronto’s Empire Club in 1909, the book recounts, Reverend Cannon Tucker told of a widely traveled American who, asked where Toronto was, replied: “Oh yes, that is the place where you change trains for Cobalt.”

Today, the remains of those heady days are still visible in the crumbled foundations, capped mine shafts and piles of waste rock scattered in back yards throughout the town. More than 420 million ounces of silver came out of the Cobalt camp during its first 60 years and the town is built on a “honeycomb” of old mining tunnels and trenches, according to its mayor, Tina Sartoretto.

“The main road coming into town caved in a few years ago,” she said during a driving tour of the town. Inhabitants can’t drink the water in nearby Cobalt Lake, and a shaft in the disused public school was only recently capped. “The town is built on old mining residue.”

Sartoretto is hoping the renewed demand for cobalt will inject some economic life into her impoverished town. With no industrial base to speak of, the town struggles to survive on legacy endowments from past silver and cobalt miners Agnico and Teck Resources Ltd.

Sartoretto’s hope is that future mining will include plans for sustainable economic development tied to the metal. “If you were producing cobalt here, it would be nice if you could produce batteries here,” she said.

Depending on how First Cobalt’s exploration unfolds, the landscape in and around the town could be altered yet again. The company’s vision is for at least one open pit mine over a kilometer wide, said Frank Santaguida, First Cobalt’s vice president of exploration.

“Someday, that hill will likely be an open pit,” Chitaroni predicted, pointing to the far side of Cobalt Lake, where previously mined rock looms over a baseball diamond. The land currently belongs to Agnico, which hasn’t mined the area since 1989. “I wish they’d get proactive and drill off the damn thing.”

The Toronto-based company, which is focused on gold, does remediation in the area and has no plans for exploration, said Dale Coffin, an Agnico spokesman.

Where Agnico doesn’t have claims, interest is building. Prospectors regularly come into the bookstore, hoping to discover old mine maps and surveys. Chitaroni is always on hand to tick off the advantages of Cobalt compared with more remote mining jurisdictions, including access to power, hydro and expertise.

“We call it Tim Hortons’s exploration,” he said, referring to the convenience of the ubiquitous Canadian doughnut-and-coffee chain, which has a store near Cobalt. “If you’ve got a breakdown, in half an hour, I’ve got parts. Try doing that in the Congo.”

Read next: AI fought the law, and won