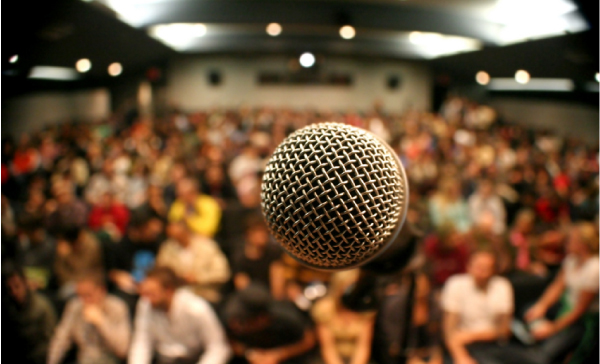 Everyone who’s ever given a talk on stage remembers the feeling afterward: you’re happy it’s over, you think you did OK – but to be honest, you have no real recollection of what was said.

“Many people describe pitching as an out-of-body experience,” says pitch trainer David Beckett, a Brit who’s based in Amsterdam. Beckett coached over 500 startups and authored several books on public speaking, such as Three Minute Presentation.

That feeling of being disconnected from your body while delivering a pitch is the result of an adrenaline rush, explains Beckett.

The good news: it takes about 60 seconds for the adrenaline to wear off and the brain to take over again. “Which is why I always advise people to completely memorize the first minute of their talk – every single word. That way, talking in autopilot mode doesn’t result in rambling.”

It’s just one of the many tricks Beckett shares with the startups and companies he coaches. Other tips include posture (“don’t cross your arms in front of your body or put them on your hips”) voice (“use intonation to emphasize certain words, don’t speak too fast”) and eye contact (“Make sure you connect to everyone in the audience. If you’re in front of a larger crowd, think of the letter W when you’re making eye contact – tracking it with your eyes enables you to include all parts of the audience.”)

Using practical tools can boost someone’s confidence on stage, but pitching is not just a matter of following rules or copying others. People should always try to be themselves and present in a way that comes naturally to them, says Beckett. “When we think of great speeches, we often picture energetic, charismatic people sharing passionate stories. I don’t really like using Steve Jobs as an example here because it’s too easy – but well, speakers like Steve Jobs.”

If you happen to be that person on stage, by all means, channel Steve. It’s just that you don’t have to, says Beckett. “If you’re more soft-spoken and introverted, don’t force yourself into that role. There are other ways to effectively pitch your idea.”

Beckett illustrates his point with a video of one of the startup founders worked with to prepare for a TedX Event – a mild-mannered guy with a soft voice who talks about how his wife’s cancer inspired him to create a platform that connects caregivers with those who need help. Clearly, not the type of story that asks for dramatic arm movements and strong language. “Actually, this was the only person in my program who didn’t need coaching. Making changes to his story would have made it less natural.”

Still, some ideas and products are harder to sell than others – specifically the ones that are highly technical. Beckett recently worked with 20 startups competing in Shell’s New Energy Challenge – a yearly competition created to accelerate new business models and technologies that focus on sustainable energy production. In other words, important ideas that deserve to be heard.

Last week, the top-20 finalists selected from 246 ideas participated in an intense finals week pitching their ideas for a jury. Solutions presented by the selected startups ranged from deriving power from extreme heat to an ice thermal energy storage system, and from energy generated by waves to an energy marketplace.

One of these startups was Chakratec, an Israeli company that has developed a kinetic battery for Electrical Vehicle (EV) charging stations. Explaining this idea properly to investors within three minutes can be difficult, says co-founder Ilan Ben David who’s been in the business for quite some time. “Pitching now is very different from the way it was twenty years ago. Back then, it wasn’t as much about storytelling as it was about facts – less of a show.”

Still, being able to successfully deliver a short pitch can be the first step to closing the deal, adds Nir Zohar who is the company’s COO. He was in charge of pitching during the New Energy Challenge and admits he was rather nervous. “It’s an important event so of course, I wanted to make most of my time on stage convincing the jury.” In order to release some of the tension, Zohar took Beckett’s advice and used power posing – raising your hands above your head like Superman a few minutes before going on stage. “It sounds weird, but it really helped to calm me down.’

Henrik Jimenez Pranov, the founder of Danish startup Heliac, has experienced similar issues getting his message across. Heliac has developed a method to concentrate sunlight at extremely low costs, which generates high-temperature heat that can be used for district heating, cooling, process heat, desalination, and power production. “I’ve pitched my idea to many audiences and know some people have difficulty understanding it,” Pranov says. “To give an example: when we talk about producing heat, some people think that means we’re generating energy – which then leads them to a completely different conclusion about our product.”

Beckett acknowledges some products translate better to a three-minute pitch than others, just like some people are more gifted public speakers. But, he believes everyone is able to deliver a professional pitch. “People who just go on stage and wing it do exist, but they make up about 0.1 percent of the population. For the rest of us, it’s hard work.”

That means putting time and effort in writing the script, making sure the audience understands the problem you are solving, your solution for that problem, and what you need from them. Also, make sure your slides are properly designed and work on your delivery by focusing on things like posture and intonation.

Most importantly, pitches should be delivered with complete confidence, says Beckett. “I’ve seen people who weren’t brilliant speakers but did deliver a great pitch, simply because they knew their stuff. To the audience, that’s what matters most. So get your story straight and deliver your pitch with certainty – confidence is what indicates professionalism.” 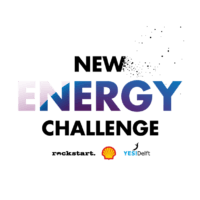 This post was brought to you by New Energy Challenge