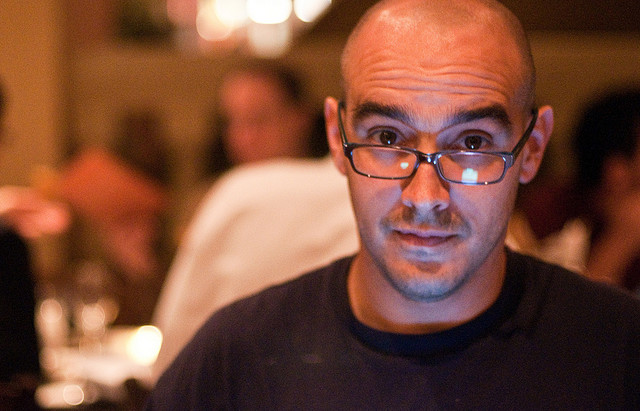 Last week, the New York Times published a story titled “Women in Tech Speak Frankly on Culture of Harassment.” It was a series of anecdotes with sadly predictable plots.

One of the stories was from an entrepreneur named Sarah Kunst, who talked about getting some skin-crawlingly awkward advances from 500 Startups founder Dave McClure. After turning him down, the company stopped returning her calls.

Over the weekend, Dave McClure finally addressed the topic, in a blog post titled “I’m a Creep. I’m Sorry.”

McClure says that he initially got defensive, which is understandable, to a point — no one likes to admit they messed up. But after his colleagues, including his co-founder Christina Tsai, explained to him why it was wrong and a risk to their image, he says:

I realized that — guess what? — *I* was the problem. I wasn’t full of goodness and light as I thought, and I needed to take a closer look at the stranger in the mirror staring back at me. Somewhere, I had lost the plot.

Someone play me “Man in the Mirror” on a tiny violin. The post itself sounds almost like an internet parody of such scandals: “Creepy Man Who Drives Off Women Suddenly Realizes ‘What if I’M the Problem?'”

In the same NYT article, 500 Startups said it had removed McClure from his position of authority following an internal investigation:

After being made aware of instances of Dave having inappropriate behavior with women in the tech community, we have been making changes internally. He recognizes he has made mistakes and has been going through counseling to work on addressing changes in his previous unacceptable behavior.

He admits to being ashamed that it took being removed from his position for him to realize his fault. I’m glad he admits it, but still — he needed to be kicked downstairs in order to even consider that he might be wrong.

Read next: Study shows Tinder hookups are the result of acceptable disgust