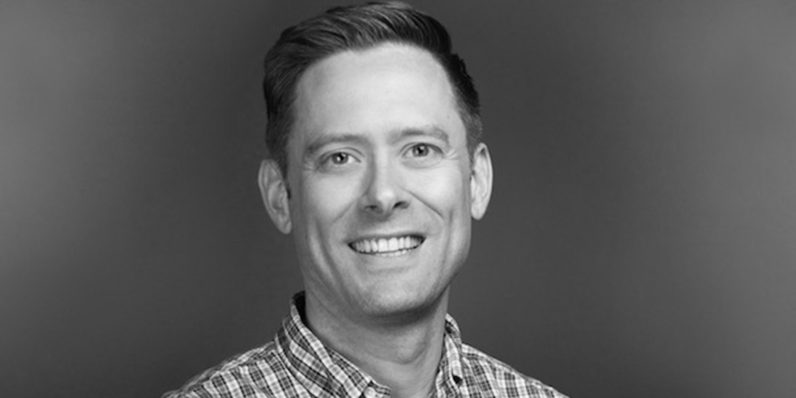 As The Next Web Conference ticks closer and closer, we are just as excited as you are to hear what our speakers have to say. But before they arrive on stage, we wanted to first get to know them a little better.

Michael Pryor, CEO of Trello will be doing a Q&A session where attendees will have the chance to ask him anything.

For those of you unfamiliar with Michael, a little introduction. Michael started a software company called Fog Creek Software in 2000, right after college, together with his friend Joel Spolsky. They made software products for developers. You may be familiar with the more successful products coming from Michael and Joel, such as Trello, FogBugz, Stack Overflow and the newly launched Glitch. But not all of ideas were winners. “The success of Trello is built on the graveyard of many failed ideas (RIP CityDesk). The great thing about failures is you learn a lot and hopefully won’t make the same mistake again,” Michael explains.

Trello has become so popular it was acquired in January 2017 by Atlassian for $425 million. While pretty well known because of Trello, Pryor actually became famous by his role as the scarecrow in his high school musical of Wizard of Oz, as his hometown newspaper recently pointed out.

With Trello being used by many for helping them stay organized both in their work life and in their personal life, to Michael, the original pitch for Trello didn’t go over well with him. “I didn’t really like the idea at first. Joel pitched it and I thought it was pretty dumb.” The products that Fog Creek Software was building at the time were mainly for developers, thus he was looking at Trello “through the eyes of a technical person, who was very familiar with ‘product management’.”

He warmed up to the idea of Trello when he realized it could be more of a universal organization tool that could be used by just about anyone. He likens the use of Trello to that of a spreadsheet: you’re given tools to get the job done, but ultimately you have a blank sheet that you input data and customize to fit your needs. Trello allows just about anyone to use it as they see fit.

So what did the CEO of Trello use before Trello came into existence? Sticky notes and email. When Trello was created, you can imagine that his use of sticky notes decreased. He also has stopped treating his email like a to do list and more as a communication tool.

Like most of us when we experience Trello for the first time, we find ways to integrate it with our work life: managing projects, keeping tabs with others in the office, watching the progress of tasks as they go through the process. Michael’s experience with Trello was no different. He used it for his work life, but was finding more ways to bring Trello into his life outside of work.

“I’ve gotten better at realizing sooner that some thing I’m working on in my life is best suited for a Trello board. Additionally, I’m getting better at imagining the best shape of the board,” says Michael. He recalled when he and his wife were looking for and purchasing a home how he integrated Trello into this part of his life.

When house hunting, his realtor would send him a few properties via email to look over with his wife in order to see if they wanted to see them that weekend. He would get the email from his realtor, forward it to his wife, they would discuss, then he would reply back to the realtor. By that time, he would learn that one or two of the homes had already been sold. He realized email caused so much delay, and that using a Trello board could not only eliminate the delay, but keep him and his wife updated on what homes are still available and their thoughts on them, while working with his realtor.

Of course, after they purchased a home, Michael and his wife also used a Trello board to help them plan the move. They were moving from an apartment into an actual house and needed furniture for their new home. His wife created a Trello board that allowed her to pinpoint exactly what each room of their house needed and what purchases to make. “At one point, I remember a picture of a stuffed peacock appearing on the board which made me realize something I never knew before: I needed a stuffed peacock in my house.”

While it seems Trello has skyrocketed into popularity, in the early days a natural disaster nearly caused Trello to go down for what could have been days if not weeks. Before they moved to AWS, where Trello exists now, they were running out of a data center in Manhattan that was close to their office. When Hurricane Sandy devastated much of the northern eastern seaboard in October 2012, it caused substantial flooding in the building where the data center for Trello was.

The actual server housing Trello was safe on a higher floor and the generator to power it was on the roof. However, Michael and his team came to realize the pumps that pumped fuel up to the generator were underwater in the basement. They were no longer able to pump the fuel up to the generator to keep the server running. “We formed a bucket brigade and carried fuel up 18 flights of stairs by hand for 3 days until the pumps started working again.” Thanks to that experience, Michael moved to AWS so that would never happen again.

Trello has been used in some incredible ways, such as organizing how companies run their interview process for job hires to planning weddings. Michael’s “ah-ha” moment on the potential for Trello came as one of their first users of Trello, a law firm (a customer they had never considered before), was overwhelmingly excited by how it could help some of their productivity and organizational issues.

So with this tool that can be used by so many for so many different purposes, what would Michael consider pro tips for Trello?

Apart from Trello, the main tool he uses for productivity is the Chrome Extension “Momentum.” Michael says this extension helps him focus on one task at a time. He gets more stuff done in a day when he’s focused on one task until it is done.

Michael Pryor will be doing a Q&A session at The Next Web Conference in Amsterdam.  Check out our other great speakers here and secure your tickets here.

Read next: iPhone 8 might be the first mainstream phone to cross the $1,000 mark