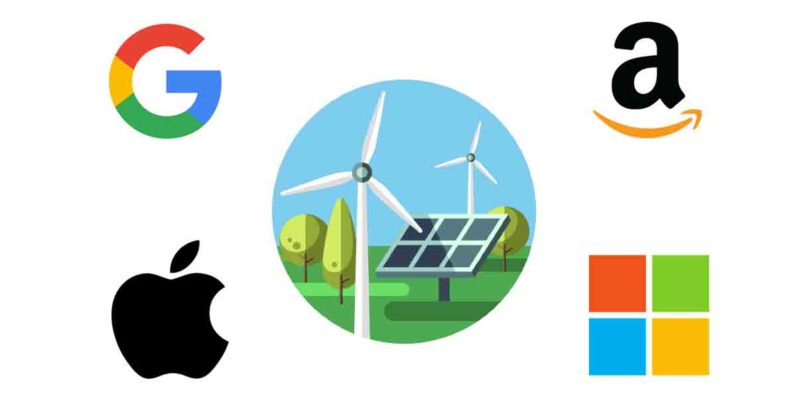 Taking a stance against the anti-climate executive order issued by President Trump earlier this week, Apple, Google, Microsoft and Amazon have stated they will remain committed to using clean energy in their continued efforts to fight climate change.

On Tuesday, Trump signed an order telling the Environmental Protection Agency (EPA) to rethink a series of rules and restrictions – better known as the Clean Power Plan – instated by the Obama administration to encourage government organs to consider environmental impact when mandating decisions.

But it seems the titans of the tech industry disagree.

“We believe that strong clean energy and climate policies, like the Clean Power Plan, can make renewable energy supplies more robust and address the serious threat of climate change while also supporting American competitiveness, innovation, and job growth,” the four companies said in a joint statement to Bloomberg.

Apple and Google have both remained dedicated to powering their global operations solely on clean and renewable energy. Back in 2016, Apple issued $1.5 billion in bonds to further facilitate its conversion to clean energy. Google similarly said its offices and data centers will run exclusively on renewable energy from next year.

Trump, on his part, has taken the opposite approach. Shortly after assuming office, the President reportedly told the EPA to scrap all climate change resources from its website, causing employees to haphazardly begin archiving materials before they’re all gone.

Apple and co. are not the only big names to voice their frustration with the anti-climate order. Wal-Mart and IKEA have similarly expressed disapproval. Unlike them, however, the Independent Petroleum Association of America and the Chamber of Commerce welcomed the move with open hands.

Read next: Master the web's most commonly used programming language for a price you like