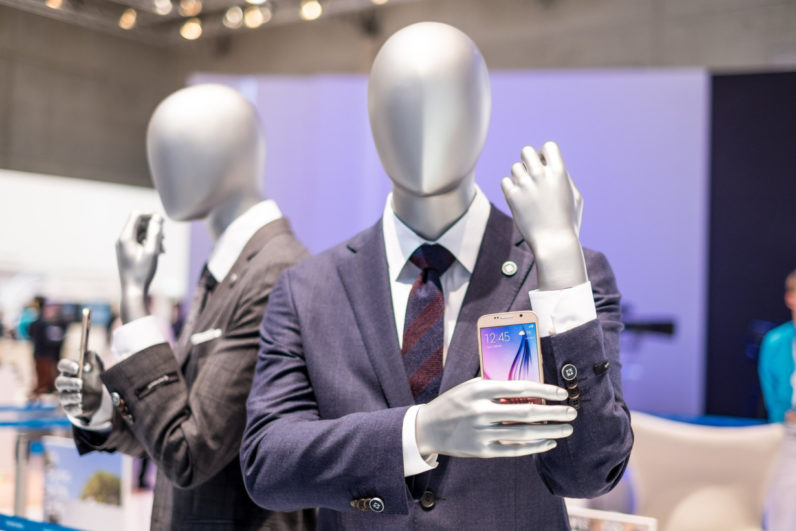 Writing more and more about chatbots, robots and AI, I can see a day coming in the not too distant future where we won’t be able to tell the difference between the human and the machine.  That’s not scary science fiction, as it’s now almost science fact.  However, there is still a long way to go, as demonstrated by IBM’s Watson Avatar.

Their AI human agent – usually a woman, as all the folks creating chatbots are sexist – looks human-ish, but no avatar or chatbot today feels properly human.  In IBM Watson’s case, it’s the mouth movements that give away she’s a machine, even though she’s in HD. Fifteen years ago, AT&T were working on exactly the same ideas, but with scripts for avatars.

As you can see, the idea – and sexism – hasn’t changed much in that time.  What is changing however, is the technology behind this idea and, as with all great technological innovation, if something looks worthwhile to develop – biometrics, communicators, health technologies, life sciences, artificial intelligence, robots and so on – then eventually these technologies will develop sufficiently to become mainstream and acceptable.

That will be somewhere over the next 10-25 years to achieve.  It feels nearer, but when a group of experts on Artificial General Intelligence were asked this question in 2012, their view was that it would not be achieved until 2040.  The question here being: When will achieve the Singularity?  From Wikipedia:

“The technological singularity (also, simply, the singularity) is the hypothesis that the invention of artificial superintelligence will abruptly trigger runaway technological growth, resulting in unfathomable changes to human civilization. According to this hypothesis, an upgradable intelligent agent (such as a computer running software-based artificial general intelligence) would enter a ‘runaway reaction’ of self-improvement cycles, with each new and more intelligent generation appearing more and more rapidly, causing an intelligence explosion and resulting in a powerful superintelligence that would, qualitatively, far surpass all human intelligence. John von Neumann first uses the term “singularity” (c. 1950s), in the context of technological progress causing accelerating change: “The accelerating progress of technology and changes in the mode of human life, give the appearance of approaching some essential singularity in the history of the race beyond which human affairs, as we know them, can not continue”. Subsequent authors have echoed this viewpoint. I. J. Good‘s “intelligence explosion”, predicted that a future superintelligence would trigger a singularity. Science fiction author Vernor Vinge said in his 1993 essay The Coming Technological Singularity that this would signal the end of the human era, as the new superintelligence would continue to upgrade itself and would advance technologically at an incomprehensible rate.”

As I thought about these things, it made me think along the lines of other science fiction authors and visionaries, such as Isaac Asimov.  An amazing thinker about the future, he wrote a fantastic series about robots, and came up with the Three Laws of Robotics:

This makes so much sense, and has been used in many other places, notably in the film Robocop who has three prime directives:

This means that Robocop can kill humans, but only if it conforms to the above.

I think they speak for themselves, but happy to take comments or questions.

Finally, if you missed it, this was my favorite recent article about robots:

Why no job is safe from the rise of the robots

Read next: 5 startups making globetrotting the world a hassle-free affair