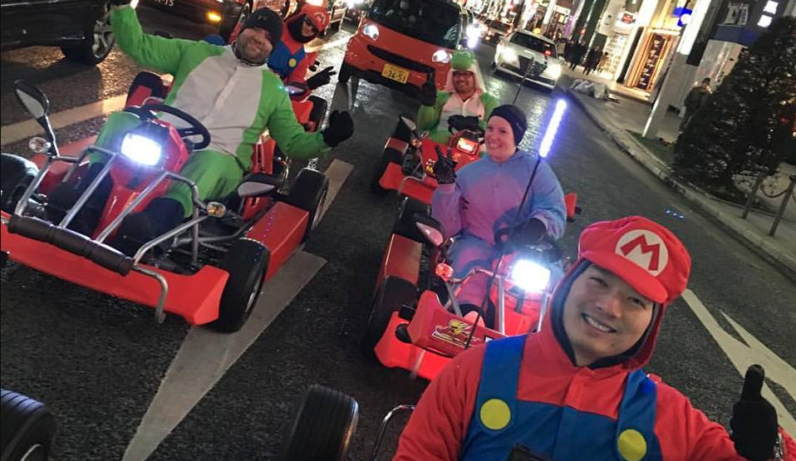 True to its unforgiving intellectual property policy, Nintendo has filed a lawsuit against a Japanese go-kart company that lets people race each other dressed in costumes of characters from the Super Mario franchise.

Eurogamer reports the Nintendo legal team is accusing the company of violating its intellectual property rights – as you can easily gather from the image above.

The legendary game-maker announced the lawsuit in a press release (in Japanese) earlier on Wednesday. In the statement, the gaming studio argues MariCar has been unfairly benefiting from Nintendo’s brand.

“In this lawsuit, against the defendant company which provides rental services for public road carts, we have declared the mark ‘MariCar’, which is an abbreviation of ‘Mario Kart’ widely known as the series of racing games that we manufacture and sell,” the announcement read.

The statement further points out it is illegal to use Mario branding and apparel to promote third-party services without authorisation.

“[MariCar] use[s] it for publicity and sales without obtaining our permission, and we insist that such an act falls under unfair competition and copyright infringement acts against us.”

Nintendo is notorious for its vicious no-bullshit policy when it comes to protecting its intellectual property. Given that the game-maker is readying the launch of its Super Mario theme park in multiple locations across the globe, the company might have its own plans for themed go-kart rentals.

In any case, Super Mario Kart in real life sounds like an infinite loop of fun.

If you’re curious to catch a peek of MariCar’s Super Mario-inspired go-kart tours, check out the video below:

Read next: Facebook is down, sound the alarm [Updated]