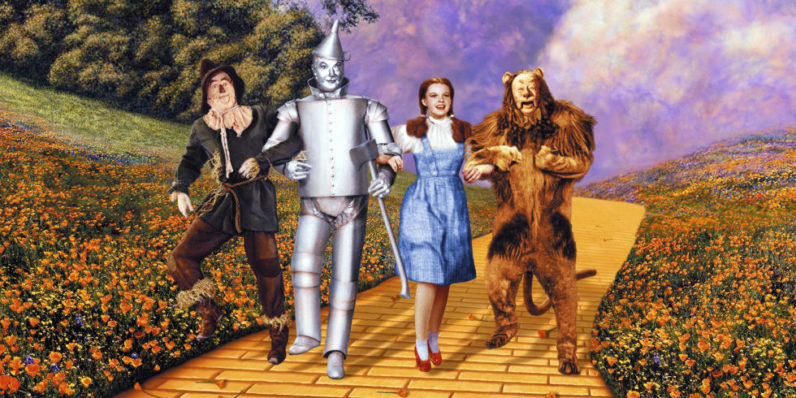 Thirty-four thousand years ago in Southern France an artist took pigment to cave wall and created the first painting. He or she – this Michelangelo of the cavemen – drew herds of bison, rhinos locked in a combat of horns, and gazelles running and leaping.

The artist was using the animals to tell the first recorded visual-story.

While the images are undeniably beautiful and expressive, the underlying story is almost impossible to understand today. We can only guess at the possible meanings of the narrative or history that this first artist might have been trying to convey.

Part of the problem is that the artist was limited by the materials and tools available at the time. That first artist had only a Chauvet cave wall, sanded down to make the surface lighter and smoother.

Practically this meant the art was one-dimensional, static, only visual and monochromatic.

Progress and invention in the arts have continued from prehistoric times to today, leading to an increasing number of mediums and tools that allow artists to tell visual stories and evoke emotion. Artists learned to make paints in a kaleidoscope of colors, created three dimensional art by sculpting with stone or clay, and invented new techniques to convey images with startling beauty and realism.

In the last two centuries this evolution of visual storytelling has proceeded at a dizzying rate as technology has put the tools to create and share powerful visual stories in the hands of the artist, the activist, and the everyman alike.

The modern tool of visual storytelling – the camera – and the new mediums through which stories could be shared – television, smartphone, internet, videogames and more – have created visual stories that has profoundly impacted our daily lives and the course of history.

The first photographs were taken by the Frenchman Joseph Nicephore in 1827. They were called “Heliographs” because the images were etched by rays of light from the sun.

The first one showed a shoemaker on the Rue Du Temple. The shoemaker is barely distinguishable from the pavement.

Quickly following this invention, the first motion picture device was created by Eadweard Muybridge, who used a series of cameras to study the motion of horses in 1877.

For the first time these two mediums made it so anyone t could capture a moment and tell a visual story. As the versatility and the effectiveness of the camera and ease of sharing images grew, the impact on society and storytelling were monumental.

Charles Moore’s photos of Birmingham Alabama protesters being attacked by police dogs drove the nation towards the Civil Rights act.

The photos of Henreich Hoffman helped drive the Nazi propaganda machine and the world to war. The film “Blackboard Jungle” kicked off an era of teenage rebellion – even triggering riots in Britain – and attacked racial segregation by portraying an African American student (Sidney Portier) as the protagonist in opposition to a duplicitous Caucasian student.

In 1972, Nick Ut’s “The Terror of War”  made a naked young girl burned by napalm the face of the opposition to the war in Vietnam. Sam Nzima’s 1976 photograph, “Soweto Uprising”, put an international spotlight on Apartheid and sowed the seeds of the movement which would topple the racist regime that ruled South Africa.

These photos and videos, among many others, have had no small part in creating the world that we live in today. Each were powerful because they showed a story that needed to be heard.

Visual stories can be uniquely powerful because they can make an idea, event or truth that we would otherwise love to ignore, because it is ugly, painful, or brutal, suddenly all too real.

These visual stories are important in our personal lives as well, enabling us to capture in photos and videos, as close to reality as we can get, our own stories and the stories of our loved ones. Even when people pass away or move out of our lives a piece of their story remains.

As a result, the progress of visual storytelling technology, the way we render images into photographs and videos, is of no small importance.

Now more visual stories are being told than ever. In 2009 more than 2.5 billion camera enabled devices were in the hands of would be photographers. As of 2015, nearly a trillion photos had been uploaded to the web. In the two preceding years, more photos were taken than in the last 200 years combined.

And just as it has for the past century, this technology is still rapidly changing and evolving, allowing us to step closer to preserving reality on film.

Below are the technologies that are at the frontier of visual storytelling in the 21st century.

Color is critical to an image and as a result critical to visual storytelling. Just as a painter uses color to evoke emotions in viewers so too is color critical to evoking emotion in photography or film.

Imagine National Geographic’s iconic “Green Eyed Girl” if the camera had not been able to capture the migrant girl’s piercing green eyes.

Color is created by balancing the three primary colors, red, green, and blue, and, by finding the perfect ratio of each of these colors, screens can create more realistic pictures. However, until recently our ability to render colors accurately has been limited.

Even the highest end monitors and screens such as LCD or QD have limited picture quality because they rely heavily on backlighting.

The next generation of screens is erasing that limitation.

These screens, called LG OLED, use a new image rendering technology that’s able to switch individual pixels off to avoid backlight bleeding to create perfect blacks. These more subtle and accurate colors can be seen from wider viewing angles.

The Nano Cell LC absorbs surplus light wavelengths which improves the clarity of the colors on the screen,ultimately filtering individual colors with much greater accuracy. This enables pictures to display precisely as originally intended, capturing reality just as the content producer visualized it.

Beyond improving the quality of the images that compose visual stories, we are also on the verge of changing the way we experience images through virtual and augmented reality. Virtual reality, which has been on the horizon for some time but always remained a somewhat futurist concept, is finally here.

Today filmmakers are making VR films and taking VR photographs, where every scene is shot by multiple cameras, then stitched together into a 360 degree view that can open in multiple directions, into multiple stories. These videos are already playing on Oculus Rifts, Playstation VRs, HTC Vives, Samsung Gear VRs, Google Dream View, and even Google Cardboard.

Virtual and augmented reality enable visual storytellers to immerse viewers in the images, and thus the story, themselves. Viewers can look around and see the context of the image, watch as it changes, and observe as a moment in time unfolds. This breaks down one more wall between the reality of the viewer and the person who captured the image – making it the closest approximation of real life so far. With this ability, visual storytellers can place viewers at the center of the action and make them a part of the story.

Imagine how powerful the image of “The Terror of War” might have been if you could watch the naked girl running to the xxxx as he realized that she was naked because she had been hit by napalm and tried to pour water on her only to have her yell, “Too hot.”

The NYTimes is already using VR to immerse readers in its journalists stories every day, including: “The Fight for Falluja” and “Tracking Down Rhino Poachers.”

While it may be a few years before the technology goes mainstream, as this technology improves it will become critical to conveying powerful visual stories.

Last, but not least, social media is changing the way we tell and share visual stories.

This medium has enabled people, from celebrity to the average joe or jane, to share stories easier than ever before and to engage others in these stories. Snapchat, Instagram, Persicope, and Facebook Live (and more) all enable users to share visual stories as they happen, capturing them and posting them to their phone or even sharing the story as it happens with Facebook Live or Periscope. The latter two are particularly revolutionary.

These are just a few of the ways that visual storytelling is changing. The tools and technology for creating visual stories will continue to become more powerful precisely because we realize how influential these stories can be.