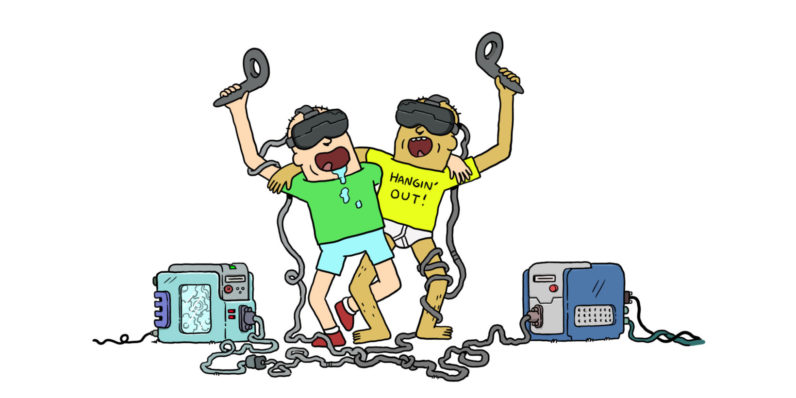 You only need to watch a couple of minutes of Adult Swim’s mind-warpingly hilarious animated show, Rick and Morty, to figure out that co-creator and voice actor Justin Roiland is a creative genius.

Now, it looks like he’s finally making those dreams a reality. Roiland told Polygon that he believes even small teams can deliver AAA experiences in VR:

That’s kind of the goal for whatever we do at the studio. Make sure our content is narratively engaging, meets a sort of baseline criteria for the dos and don’t of VR and making sure people don’t sick in our game.

Having already found a partner in crime in Watson, who previously worked on Gears of War titles, as well as Fortnite and Bulletstorm (one of my favorite shooters ever),

Roiland is now looking to grow Squanchtendo’s team: The studio has open positions for designers, artists, animators and programmers. We can’t wait to see what Roiland and Co. come up with.

Read next: How to create trust with UX design