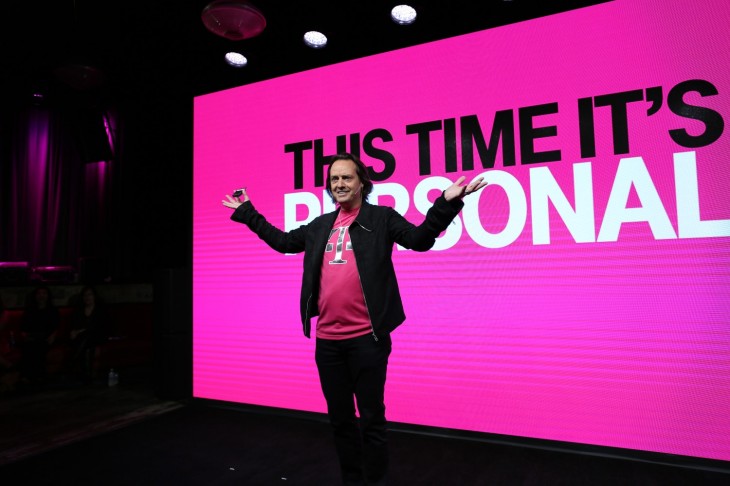 T-Mobile and its fancy new ’T-Mobile One’ plans, which promise unlimited LTE data, have come under fire from the EFF.

The EFF’s senior staff technologist, Jeremy Gillula, tells The Daily Dot the EFF feels T-Mobile One is a threat to net neutrality:

From what we’ve read thus far it seems like T-Mobile’s new plan to charge its customers extra to not throttle video runs directly afoul of the principle of net neutrality.

He went on to note the FCC’s rules “explicitly said that ISPs can’t throttle traffic based on its type, or charge customers more in order to avoid discriminatory throttling.”

This dovetails into my own reporting a few days ago, which T-Mobile took umbrage with. Representatives from the company asked that I change the language in my post regarding data throttling.

I refused, as its own FAQ states the following:

As with T-Mobile Simple Choice, customers using the most data, the highest 3% (currently those using more than 26GB of high-speed data/month) may see their data traffic prioritized behind other users once they cross that threshold during their billing month. As a result, they may notice relatively slower speeds but only at specific times and places that may experience high, competing network demand or congestion.

That’s literally the definition of throttling.

And this isn’t the first time T-Mobile’s video downgrading has come under fire. Six months ago, a net neutrality expert claimed T-Mobile was violating net neutrality rules via Binge On for the exact same reasons the EFF points out.

T-Mobile attempts to explain away why its services seem to violate net neutrality rules, but it’s failing to address the core problem: T-Mobile is simply playing a new game, not abiding by the rules of the old one.

Zero-rated content — like video streaming — is a minefield of opinion. The FCC’s aim with its rules for ISPs and carriers is that they not directly prioritize a partner’s stream.

An example: if T-Mobile were forcing all video on its One plan to 480p except for Netflix, that would be a clear and direct violation.

But by asking customers to pay for better streaming quality, it’s venturing into a grey area.

CEO John Legere knows it, too. He went so far as to insult the EFF when it asked for clarification on Binge On back in January:

In this scenario, T-Mobile is a bad actor. Its new plans are not unlimited, and its video downgrading violates (at least) the spirit of the FCC’s rules. Say what you like about their cool, swashbuckling CEO who says ‘shit’ a lot, but ‘One’ is just a lot of smoke and mirrors meant to churn revenue for the company — not some new way of approaching how carriers work, which was the original scope of the ‘Un-carrier’ movement.

Read next: Twitter 'quality filter' works because it's about news, not social