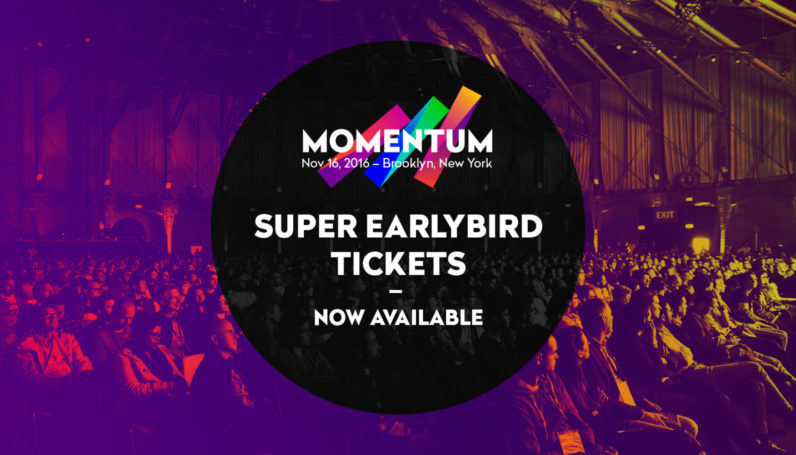 Our last edition of TNW Europe was a Mecca for 20,000 international coders, founders, and geeks – a festival-like extravaganza with countless  speakers, side events and workshops.

Accordingly, our speakers aren’t allowed to give you their company pitches. Instead, they’ve been invited to speak on one condition – to tell you their honest, passionate, and sometimes personal stories on the turning points of their pasts changed the trajectory of the future.

We expect the 5,000 tickets to sell out quickly, and ticket prices will rise according to demand.

That’s why our Super Earlybird tickets for the heavily reduced price of $595 won’t be available for long.

You certainly won’t regret it. We’ve now confirmed some huge names, some of which will be announced as early as next week.

With the world’s best companies swearing by these young entrepreneurs’ services, we’re positive their talks will inspire our audience to think differently and gain momentum.

Social media tool Buffer is used by three million people, along with 2,500 companies including VICE, Business Insider and About.com.

Leo Wildrich is the company’s COO and Co-founder, but by his own admission, it’s not the product itself that he’s most famous for. In Buffer’s five year history, Leo has become renowned for his ability to craft content and build a brand.

Leo will share how his approach to content and marketing completely transformed the way Buffer built Momentum.

With its fast growth and remarkable popularity, this young company has received considerable attention from investors, with its most recent series B round securing $7.3 million.

Despite her young age, Mattermark’s co-founder and CEO Danielle has years of experience in tech and business.  From working as a business process analyst for a fortune 500 company at age 18 and becoming the first employee of the cloud communications company Twilio, to founding and shutting down her former company Referly, Danielle has seen it all.

Choosing against an ivy league college to go straight to business, Danielle’s climb to the top of the tech elite has been both unorthodox and extraordinarily successful, and we can’t wait to learn how she did it in November.
➤ Secure your Super Earlybird tickets before prices rise now.

Read next: This is your perfect weekend Spotify playlist