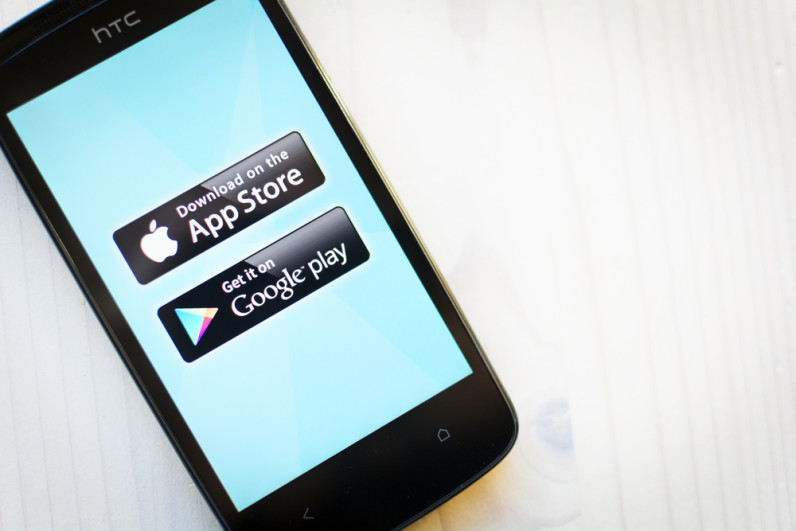 The battle between the ad blockers and the ad pushers was on full display this at this year’s Mobile World Congress, when Google and adblocking company Shine sparred over the broken state of mobile advertising.

The debate shows how tensions have remained high since the release of Apple’s iOS 9, when the tech giant announced it would enable content blockers for the benefit of users.

While ad blockers have been pitched as a way to improve the mobile experience, the debate really comes down to the ongoing Cold War between powerful, well-funded tech giants who are battling for the future of mobile revenue.

But if ad warfare is the entrenched battleground between the tech titans, a new axis is emerging that will open a new front in the platform Cold War – streaming versus downloading.

Ironically, two major movements along the new axis didn’t make much noise in the news cycle.

Shortly after the arrival of iOS 9, Google announced that mobile apps found through its search engine could be streamed directly from the results page (as opposed to sending you to the app store). Only a handful of apps – HotelTonight, Chimani, and Weather Channel – were enabled with the streaming feature, but Google hinted that others were to become available soon.

Then, Google announced trial-run ads, a new format which allows a user to play a game for up to one minute by streaming content from the app before downloading. Right now, trial-runs are only available to a handful of advertisers, and the ads can only stream over Wi-Fi, not 4G or LTE.

The news could signify the dethroning of apps and the start of a two-phased attack to capture the future of mobile, but to understand why, we need to briefly go back a decade, when the groundwork for the streaming wars was laid.

When Apple announced the iPhone in 2007 and the App Store a year later, it gained almost complete control of the mobile experience. First, apps moved people away from relying on mobile web browsers and Google search – hence the biting brilliance of the slogan “there’s an app for that.”

Second, up until recently, Google was unable to index information within apps, so that content didn’t show up its search results. Google’s search ads and its vast ad network are the bread and butter of its revenue, all of which are generated by data collected through Chrome, Gmail, Android, YouTube, and its search.

To understand just how much control Apple has over the mobile experience, consider how three quarters of Google’s mobile revenue — nearly $9 billion — came from iOS.

In addition to platform lock-in, apps created an important revenue stream for Apple.

When it debuted, the App Store offered 552 mobile apps, 135 of which were free. Today, it offers 1.5 million apps. After payments to developers, Apple’s revenue share from the App Store last year was approximately $6.4 billion. Google Play, which has 1.6 million apps, has yet to beat App Store in revenue though their total downloads surpassed App Store’s for the first time in 2015.

Facebook and Twitter capitalized on apps by taking advantage of both stores’ inability to advertise its million-plus offerings.

It’s almost impossible to test and/or routinely use a high quantity of mobile apps (a Nielsen study found the average American uses 26.7 apps per month – about .000018 percent of total available in either store).

It goes without saying that the only way to try an app right now is by downloading it. But if Google enables the streaming of apps through the mobile web, this obviates the need for downloads entirely, cutting out the “install and test drive” step that gave rise to the App Store economy, and thus potentially eroding Apple’s control of how people access apps.

By cracking open the App Store, making it as open as the mobile web, streaming allows people to explore far beyond the average 26.7 apps they use monthly and far beyond what their smart devices can store.

A world without downloads may be in our future, but it’s a longer term prospect.

To make every app available through streaming requires a large, dedicated infrastructure.

Before there were previews for high-end video games, Gaikai set up streaming for Diablo and let users test the game prior to purchasing. To create 30 minutes of trial, the infrastructure cost millions of dollars.

Now think of how long a smartphone user wants to play Words with Friends.

It’s important to understand how the streaming war will unfold in two phases, the first of which will take place in the app stores.

In general, features in app stores (whether Google Play or Apple) are adopted once advertisers have tested them out and demonstrated their viability. When advertisers used in-app screenshots, the app stores followed.

In the last year and a half, video has been added to app stores after video ads became the primary way of informing users. The next evolution is streamed, or “playable,” ads, which allow a person to stream a virtual version of the application before downloading it.

In the near term, companies are working on app streaming in order to be the first people to throw down the ad gauntlet. Google’s trial-run ad announcement may be one of the first, but it won’t be the last. Other big players, such as Facebook, Twitter, and Amazon, are highly interested in playable ads as well.

Facebook picked up the mobile development team behind Pieceable, which created an easy way for publishers to build and preview their apps in a web browser. What they’re working on remains to be seen, but suffice it to say, Facebook cares about playable ads because it will need to match the experience of the app store in its newsfeed to make money. The same goes for Twitter.

In 2013, Amazon announced AppStream, which allows users to stream Windows applications from the cloud. While AppStream hasn’t really made a splash, largely because the Amazon app store didn’t take off, the e-commerce site isn’t stopping there. Amazon beat out Google, when it acquired Twitch, the popular game streaming service that is now integrated with Amazon Lumberyard.

If the playable format is adopted by app stores, it’s only a matter of time before people become familiar with consuming content instantly via stream. Eventually, once the infrastructure is robust and reliable, people may no longer need to download apps at all. Key to this happening, however, are the different streaming delivery technologies not yet developed or imagined.

The next chapter of the Cold War is about to be written, potentially streamed, but likely not downloaded.

Read next: Google's AI has read enough romance novels to write one on its own