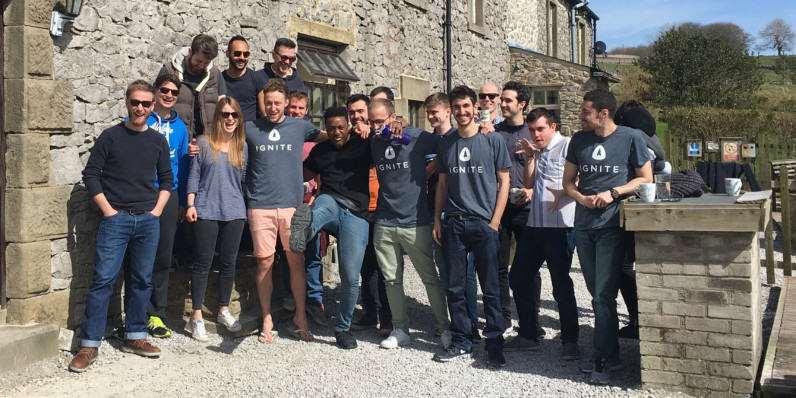 Startup accelerators are traditionally tough places where long hours are worked and everyone is keen to show that they’re ‘killing it.’ With demo days looming, few people stop to consider the mental health implications of operating in the high-pressure tech world.

Ignite, a UK-based accelerator, wanted teams under its wing to open up about the stresses and strains of startup life. So, it took its current Manchester cohort out to a remote countryside spot last week and got them to talk about how they were being affected as individuals.

Program director George Bettany says the idea came from a session he held when working on his own startup in Newcastle a few years ago, sharing a loft space with a number of other companies.

“Everyone was saying how everything was going really well, hiding the truth that things weren’t actually going that well,” Bettany says. To address the problem, he set up a ‘Founders Club’ event, which he describes as “like Alcoholics Anonymous for founders” – a private space where they could open up about their mental health.

“People talked about stresses, from staffing to more personal problems. One founder openly cried in front of the group,” Bettany recalls.

Having seen many founders burn out through depression and anxiety, Bettany wanted to bring the Founders Club idea to Ignite. He says last week’s countryside retreat in rural Derbyshire was useful for the founders. A facilitator split the cohort into two groups and encouraged them to talk.

“After one founder opened up, the others started talking,” Bettany says. “I think they were a bit shocked. They thought the day was going to be about beer and pizza but no-one really drank. I heard people having deep conversations about what drives them instead.”

With mental health an important part of being able to keep going as an entrepreneur (read CNET founder Halsey Minor’s story of how depression affected his career), accelerators should be taking the topic seriously. Bettany says that following last week’s experiment, the retreat will probably become a standard part of the Ignite program.

“Everyone’s talking about going faster, crushing competitors, but do they appreciate how hard it is? It’s important to cut the bullshit and talk about the realities of our industry.”