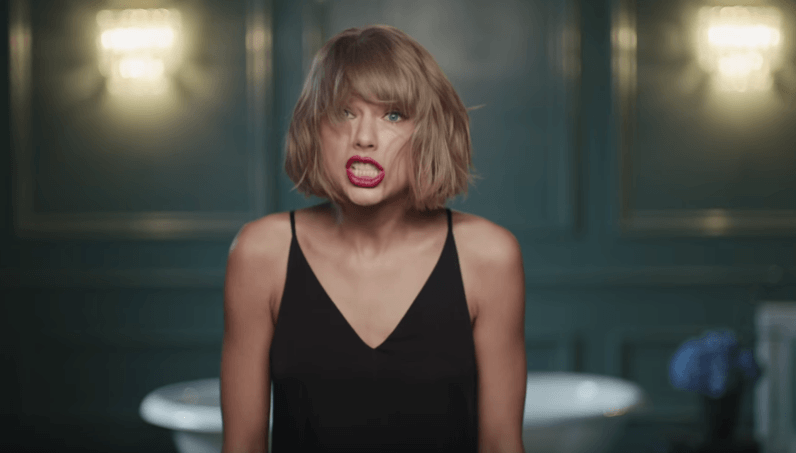 When Taylor Swift premiered an Apple Music ad two weeks ago, it was perfectly timed with April Fools’ Day given the humorous nature of the short spot.

Today, we get yet another ad from the young singer, this time with Swift lip-syncing to Jimmy Eat World as she’s getting dressed. Spoiler alert: it does not feature her faceplanting on a treadmill, so don’t bother waiting for something absurd to happen in the one-minute video.

If you’re not a big fan of this ad, however, it looks like you’ll only need to wait two weeks for another one to check out. In an interview with Fast Company, Apple suggests that we’ll continue to see more Swifty Apple ads as the company plans to release them like music singles.

“Our strategy is to actually roll this campaign out like we would a record. You release one single, it’s got a certain longevity, then the next single drops, “Apple Music head of content Larry Jackson said.

“What we’re doing here, to avoid it all fading out too soon, is using the same cadence as an album—spot comes out, hype dies down two week later, then out comes another spot, same thing happens, then drop the next one.”

The interview also revealed that the ads were Swift’s idea, and the company did not use an agency to facilitate the creative strategy – further nailing the idea in the coffin that Swift was likely in it with Apple all along during last year’s calculated public spat.

Love it or hate it, the Taylor ads are here to stay. Like her music and stardom, it’s Taylor’s world – and we’re all just gonna have to get used to it.

Read next: Marketing the TNW Way #12: How are you engaging with this page?