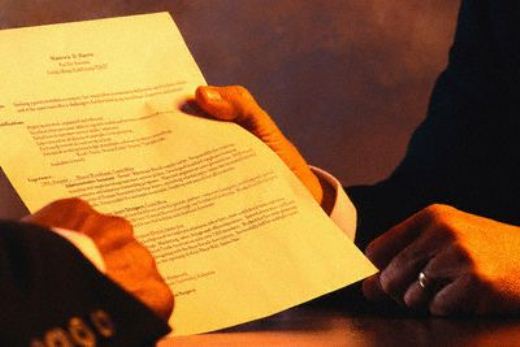 When I applied for my first job, I painstakingly spent hours upon hours perfecting my resume. Each word was carefully chosen. Margins were neatly aligned. Fonts and character size thoughtfully decided.

In those days, the resume was the be-all/end-all in getting a job – a page or two of your experiences (or lack thereof) presented in exquisite precision. There was no room for error on your resume, because in almost all cases it was the key that got you in the door.

The traditional resume is still important to the job hunt, but it has ceased to be the most important document.

Younger job applicants have known this for quite a while, and many actively clean up their social-media presence in advance of interviews.

Online searches are not the limit of this new “online interview.”

Prospective employers are, in this very moment, learning more about you through what you’ve left behind on the internet than most employers ever knew about you just a few short years ago.

For some time, most applicants have looked at this phase of the job hunt as something to dread – as in, “I hope my friend didn’t tag me in any of those party pics last night,” or, “I hope that blog post I wrote in college doesn’t rise higher on Google.”

The internet can be mine field – albeit one you planted yourself – of potentially career-ending moments.

As our day-to-day relationship with the web continues to grow, so too has the “resume” evolved to include what all that is online.

Twenty years ago, we talked of “going online,” because our online worlds were distinctly separate from our offline lives. Today, thanks to our smartphones, wearables, and the exponentially-expanding Internet of Things that surround every corner of our lives, we’re online all the time.

The wall dividing our offline and online selves is growing more transparent by the day, and this transformation is having major ramifications on the employment market.

Gone are the days of anonymity on the internet.

We’ve quickly embraced the idea that doing something online is the same as doing it offline – in the physical world in which we live.

You wouldn’t shout an insensitive joke in a crowded movie theater; yet that’s basically what you’re doing when you publish an insensitive comment on Twitter – only, this “theater” can hold millions of listeners and they can always tie the comment back to you, even years after the mishap. We are increasingly becoming aware of the indelible nature of our digital presence and responding accordingly because most of us don’t want the next Twitter shame mob to descend on us.

Last year, former Red Sox pitcher Curt Schilling managed to identify a couple of anonymous Twitter users who had directed vulgar tweets at his daughter. One of the harassers worked for the New York Yankees, until he was fired after Schilling outed him.

It’s a good bet that none of those who had sent Schilling’s daughter a nasty tweet would have said the same thing face-to-face. Nor did they likely realize that the digital activities in which they were engaging would cost them their jobs.

And we see that increasingly no one is beyond reproach.

Only a few months later, Schilling’s employer ESPN suspended him from his baseball announcing job for a tweet involving Muslims and Nazis.

The division between digital and physical are dissolving and the implication is clear – what you do digitally can impact the course of your offline life.

Take the former CFO, who in 2012 published a video on YouTube of himself haranguing a Chik-Fil-A employee for the company’s stance on gay marriage. As of May 2015, he remains unemployed and is living on food stamps.

Why? Because whenever any potential employer Googles him, that video pops up.

Today’s resume is increasingly digital and, as a result, is more holistic of who we are and what we’ve done than at any time in history.

Here are a few things you can do now to harness the power of the Internet when it comes to your next job:

Today, I still keep a traditional resume, but my “real” resume is Facebook and LinkedIn, Twitter and Instagram. It’s the collective whole that makes up my digital presence, and it’s just as real as the jobs I list on my printed resume.

The resume is also the speaking engagements I’ve had, the books I have written, the blog posts and columns I’ve published (including this one).

My personality is imbued in my online presence and, taken as a whole, these details give a prospective employer a much fuller, more complete picture of me than any two-dimensional, two-page resume ever could. I have embraced the idea that what I do online is just as important as what I do offline – and is just as much a reflection of who I am.

Job seekers as well as those currently employed must stop seeing the internet and what it says about them as something to hide or delete. Rather,  it’s something to use, a means of enhancing your online self as much as possible – to build that personal website, to write industry-relevant blog posts (even if no one reads them), to showcase your best side on the web, to spend just as much time polishing your “real” digital resume as you did polishing that old analog one.

If employers are going to Google you anyway, let’s give them something worth reading.

Read next: 6 tips for success in the quest for your dream job

Read next: Dell for Entrepreneurs is looking for the best tech startup in the Netherlands