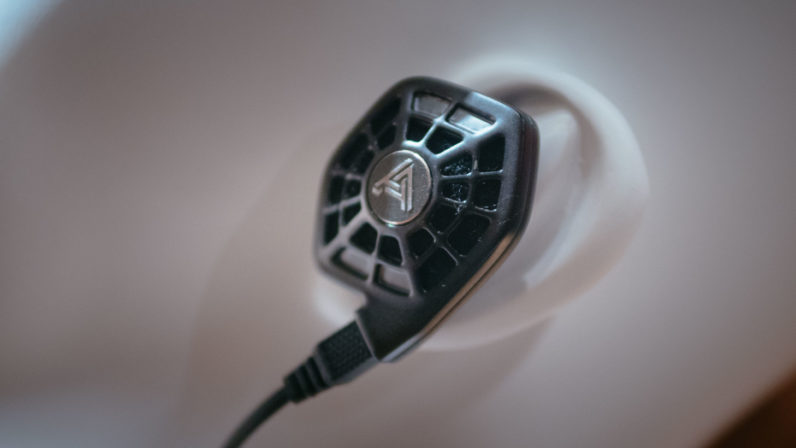 Audeze surprised mobile audio enthusiasts when it managed to stick huge planar magnetic drivers into its new alien-looking iSine series in late 2016. I’ve had the opportunity to try out the ‘entry-level’ model, the $400 iSine 10, for some time, and thought they’re not the headphone for everyone, they’re definitely something unique. Point is: they sound like no IEMs (in-ear monitors) I’ve heard before.

That’s probably because they’re designed like no IEM before; the earphones are basically just funnels to direct sound from the humongous 20mm drivers directly into your ears.

For reference, IEMs normally use drivers 10mm or smaller, and while bigger isn’t always better, it works in Audeze’s favor here. Moreover, they’re planar magnetic drivers, which are supposed to translate into greater clarity and less distortion over standard ‘dynamic’ drivers (you can read a good explanation of the tech here).

Their size means that most of the earpiece remain outside your ear, relying on the included earhooks keeping them in place. But despite their size, they’re deceptively light. I found them completely comfortable for hours of listening, but I can see the hooks being a little abbrasive for some people. You can wear them without the hooks, but they’ll be much more prone to falling off.

To keep the headphones light and the drivers properly vented, the iSine 10 use a webbed pattern seemingly designed by Peter Parker. I worried they would look awfully gawdy at first, but instead I’ve grown quite fond of the look while worn. It’ll attract a few questions from strangers, that’s for sure.

But back to the sound: they best way to describe them is an odd but pristine combination of an open-back headphone and an sealed IEM. The iSine 10 have that clarity and intimacy you expect from good IEMs, but seemed to be able to throw sound as far out as some headphones that sit outside the ear.

This expansive, dynamic soundstage is the most captivating part of their sound. There’s a pleasant sort of cognitive dissonance between the headphone’s size and how huge they sound.

The other sonic qualities are great too though. They have the typical close-to-neutral Audeze frequency response, with refined, but impactful bass. There was ample treble presence too – perhaps bordering on sibilant for some, but I mostly just found it a tinge bright with good sparkle.

(It’s also worth noting that if you use the included Comply foam tips, they will have the benefit of cutting down the treble a bit, besides providing a bit of extra isolation.)

On the other hand, bass had some of the most ‘kick’ I’ve heard from IEMs, perhaps because of a combination of driver size and the large vents letting plenty of air in. The kick drums in Paramore’s Ain’t it Fun were realistically assertive, and true to Audeze’s claims, I didn’t notice any distortion even at the highest volumes. 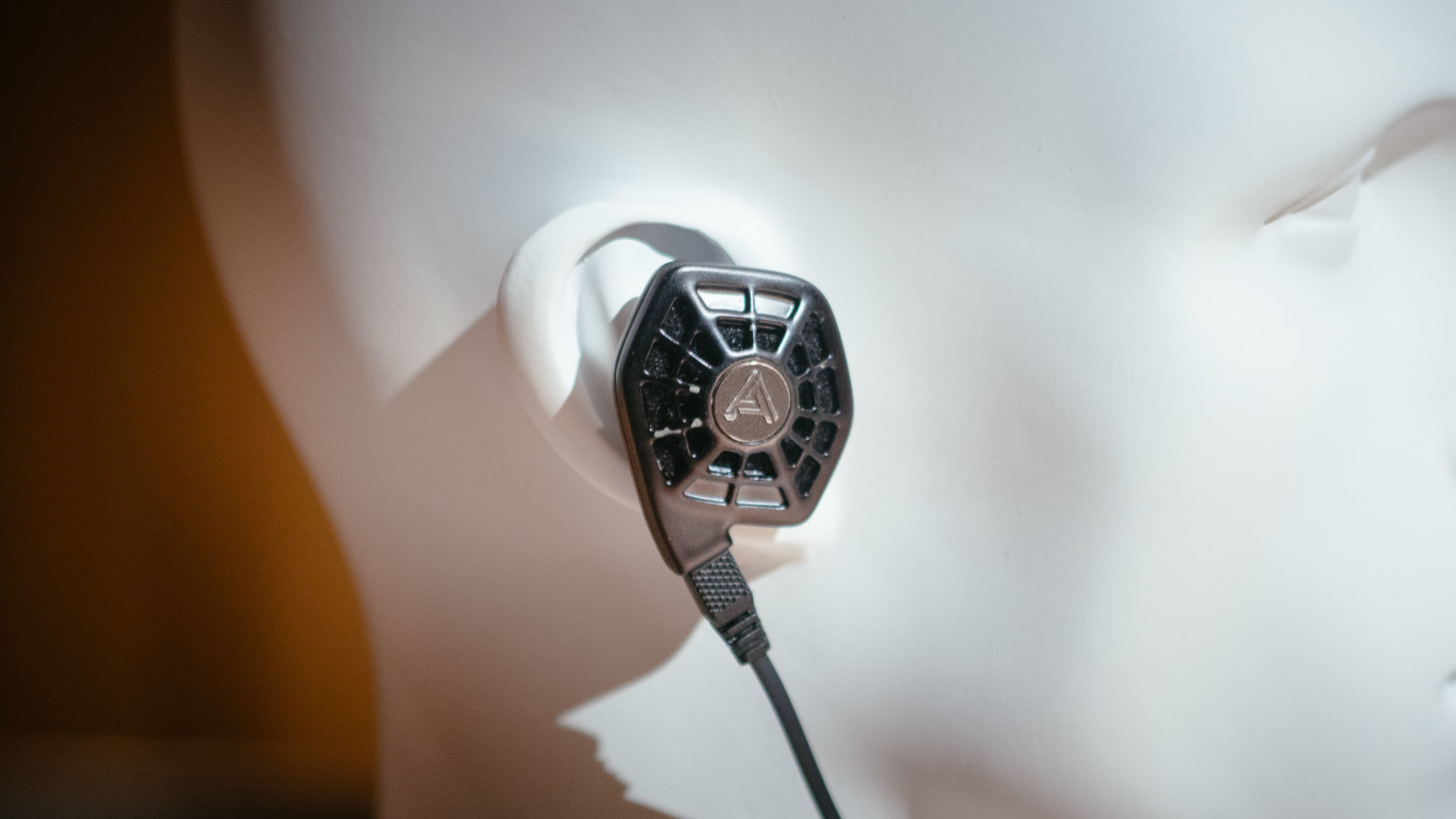 They were easy to drive out of an LG V20, but definitely suffered a bit playing back on less audio-ortiented devices. Otherwise, the best sound came using the iPhone compatible Cipher cable, which forgoes the phone’s circuitry for silicone inside the cable itself, allowing Audeze to present sound exactly as it intended.

Well, once you’re spending several hundreds of dollars on your headphones, you have to face diminishing returns and a focus on audio quality over features. The iSine 10 are great, but that doesn’t mean I’m going to recommend the average listener buy one.

For one, they’re pretty bad for loud commutes. I live in New York City and the iSine 10 provide very little isolation relative to other IEMs, while leaking out plenty of sound at high volumes as well. And though their design has grown on me, it will likely be divisive in both looks and comfort.

But if all you care about is sound and you’re willing to pay for it, the iSine 10 do offer unique sound signature that doesn’t quite sound like anything else I’ve used, a result of risky design choices that ultimately pay off.

Getting this kind of an open sound out of headphones so small and portable is remarkable. When much of the world is focusing on wireless audio and software-based enhancements, it’s nice to see you can still innovate with sheer sound quality too.

Note: This post was originally a hands-on preview that was updated to a final review after spending more time with the headphones and essentially coming to the same concluson.