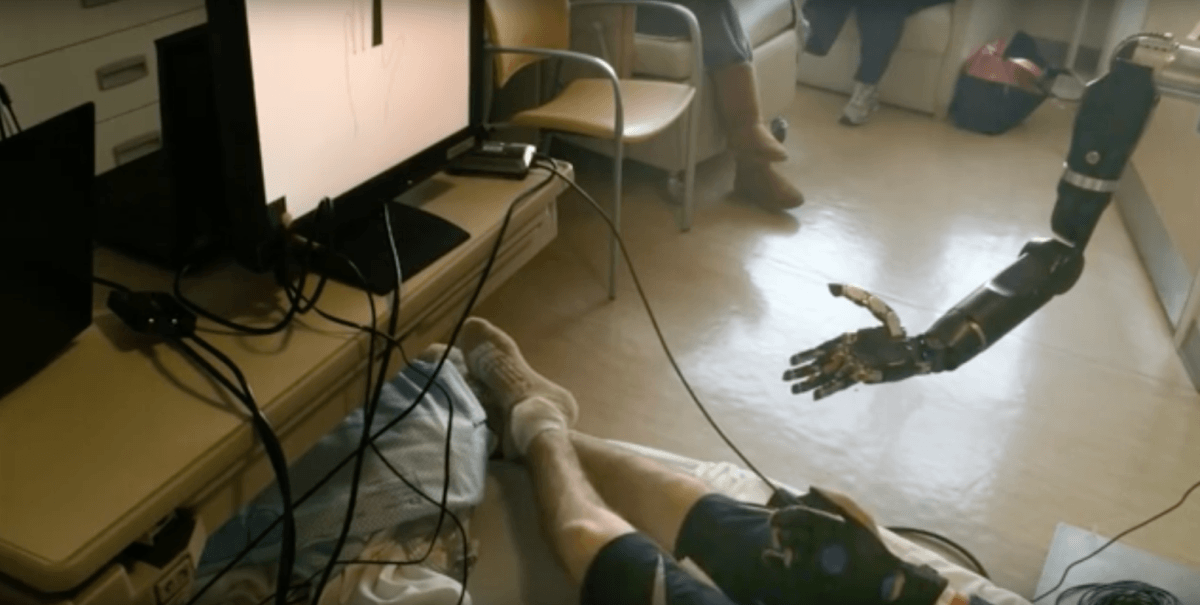 Researchers at Johns Hopkins have just detailed a proof-of-concept feat that represents a significant leap in the world of prosthesis.

In the experiment a young man who wasn’t missing any limbs but required brain mapping to pinpoint the origin of his seizures underwent a procedure that aimed to chart specific areas of the brain that “lit up” when he moved his fingers on command.

The procedure pinpointed the exact location of his brain that controlled finger movement before surgeons implanted an array of 128 electrode sensors on a sheet of film about the size of a credit card. Once the neurological implant was made, engineers programmed the prosthesis to move on command based on which part of the brain was active.

From there, they asked the subject to “think” about moving each finger independently until the electrical activity generated in the brain actually moved the bionic fingers.

“We believe this is the first time a person using a mind-controlled prosthesis has immediately performed individual digit movements without extensive training,” says senior author Nathan Crone, professor of neurology at the Johns Hopkins University School of Medicine. “This technology goes beyond available prostheses, in which the artificial digits, or fingers, moved as a single unit to make a grabbing motion, like one used to grip a tennis ball.”

While optimistic on the impact this technology could have on some 100,000 American’s with amputated hands or arms, researchers were quick to point out that this is years away from being consumer ready and the technology is still prohibitively expensive.

Read next: Want to learn a programming language? Code School is dropping its paywall this weekend